A compelling new Security Council (SC) report circulating in the Kremlin today first noting Security Council Deputy Chairman Dmitry Medvedev warning about the consequences of the severe sanctions imposed on Russia by the Western colonial powers because of the “Special De-Nazification Operation” to liberate Ukraine, with him stating: “A full-fledged international food crisis will emerge with the prospect of famine in individual states…New regional conflicts will break out in places where tensions have remained unresolved for decades, while the terrorists will increase their activities thinking that the attention of the Western governments is being distracted by wrangling with Russia”, says in looking towards the future he then revealed: “Many international bodies, which have proven themselves ineffective in their attempts to settle the Ukrainian conflict, are going to decay…New international alliances of countries will be formed – based on pragmatic rather than ideological Anglo-Saxon principles…In the end, a new security architecture will be created that acknowledges the weakness of Westernized concepts of international relations, the collapse of the American-centered world and the existence of internationally respected interests of the countries, which are going through an acute phase of their contradictions with the West”.

In full support of the Western colonial powers, this report notes, yesterday it saw top socialist Democrat Party lawmaker US Congressman Steny Hoyer announcing a war on Russia with his declaration: “It is unfortunate that in a time of war, we spend all the time blaming our own president”—an announcement of war that swiftly saw White House spokeswoman Jen Psaki saying Congressman Hoyer was referring to the war happening in Ukraine with Russia “that obviously the US has a stake in given the amount of military assistance we have provided”—quickly after which it saw top Republican Party lawmaker US Congressman Paul Gosar stating: “I have no principle to follow but the path of peace and non-intervention…My grown children have known nothing except American war and intervention for naught…Ukraine is not our ally…Russia is not our enemy…We need to address our crippling debt, inflation and immigration problems…None of this is Putin’s fault”.

Immediately following the dire warning issued by Deputy Chairman Medvedev, this report continues, the Wall Street Journal grimly reported: “Soaring food prices are triggering shortages and protests across the developing world as disruption from the Ukraine war adds to existing strains on global supplies of grains, meat and other foodstuffs”—a grim report joined this morning by drought stricken India, the world’s second-largest wheat producer, banning all wheat exports with immediate effect—today sees the American people coming to grips with the horrifying facts documented in articles like “Baby formula boss warns crisis will last ALL YEAR as Biden claims it will be eased in weeks and only a ‘mind reader’ could have seen it coming – despite shortages beginning last July”—and in noticing that the socialist Biden Regime is flooding weapons into Ukraine, it now sees scathing satirical articles appearing like “Starving American Babies Disguise Selves As Ukrainian Soldiers In Hopes Of Getting $40 Billion In Federal Aid”.

As to why the Western colonial powers are letting their own citizens suffer and babies starve, this report details, is best explained today by top Kremlin media advisor Petr Akopov, who, in his just published open letter to the Russian people “Where Calls To Eradicate The Russian World Will Lead Europe”, directly responds to NATO and EU member Polish Prime Minister Mateusz Morawiecki, and states:

Morawiecki wrote an article for the English The Telegraph: the text will undoubtedly remain in history.  History of relations not only between Poland and Russia, but also between Russia and the West.  Because what the Pole has in his tongue, the Anglo-Saxon has in his mind.

The article is unique even in modern times, but it clearly indicates the plans of the Anglo-Saxons in relation to Russia.

This is not about the military defeat of Moscow in Ukraine, no, it is about the liquidation of the Russian world.

And what should we answer to this?

Only one thing: not a single attempt by the West to crush the Russian world has been successful.  Moreover, every challenge thrown to us ended with the fact that the country strengthened its position, including in Europe.

Apparently forgotten by the Western colonial powers, however, this report notes, is that their socialist tactic of “liquidation” by demonization and propaganda have been an abject failure, as best exampled in the just published article “Donald Trump Posts EPIC Retort To Joe Biden Calling Him The ‘MAGA King’”, wherein it reveals: “Former President Donald J. Trump appears to have adopted the nickname “MAGA King” recently coined for him by his successor, President Joe Biden and spun it for his own publicity…Taking to his Truth Social account on Wednesday, May 11, Trump shared a meme with the title ‘Return of the Great MAGA King.’ The meme showed a bearded Trump holding a sword that seemed to riff on the original LOTR poster depicting Aragorn from the 2003 film ‘The Lord of the Rings: The Return of the King’”—and as further exampled in the just published Wall Street Journal article “What Did The Steele Dossier Hoax Cost America?”, wherein it factually states:

Unless you’re a coward like 90% of the media and 100% of the foreign-policy class in Washington, you realize now the furor that consumed the country for three years did not originate with Donald Trump or even Russia, but with a Clinton-sponsored hoax.

From day one, had reporters focused on the one thing they knew to be indubitably true after talking to Mr. Steele, they would have found the real story: A paid foreign agent was circulating scurrilous tales whose truth he wouldn’t vouch for, whose sources he wouldn’t reveal, without any documentation, in a bet that some Washington journalist could be gulled into reporting them.

Mr. Trump may be a compendium of human vices but he will always be the president who withstood the most insidious, organized slur in modern memory.

His enemies did that for him, not least among them a largely cretinous media that showed its true colors, which turned out to have nothing to do with fearless and searching concern for the truth.

As demonstrated by President Trump, this report continues, “fearless and searching concern for the truth” will always win out in the end over the cowardly “cretinous media” that spreads the propaganda lies of the equally cowardly foreign-policy class in Washington—and whose best example of today is the just published independent American military intelligence article “Two Months Of Operation Z”, wherein it truthfully and factually reveals:

At very beginning of the conflict, more than half a million soldiers were available to Ukraine, as opposed to a maximum of 200.000 Russians and pro-Russians.

It is clear that from the very beginning, balance of forces in terms of available manpower was, roughly speaking, 3:1 in favor of Ukraine.

The romantic Western narrative that the conflict is between a weak but brave Ukraine and a strong but evil Russia has no basis in reality and serves exclusively as a propaganda construction.

From the very beginning, Russia used feint fronts against Kiev whose main purpose was to attract and keep in place a significant part of Ukrainian forces in the north and northwest of the country so as to ensure easier maneuvering and advance for Russian troops on the Southern and Eastern fronts, while simultaneously hampering attempts to replace losses and provide logistical support to Ukrainian troops in Donbas.

When you look at the current situation, Russian military formations have retained their offensive capabilities and are currently showing initiative in the Donbas area.

Moreover, judging by available data from the field, advance of Russian troops is slow but constant.

It is now clear that Ukrainian forces currently do not have the ability to organize a major military operation that would critically jeopardize the results of Russian advances so far.

The air superiority of Russian Federation is unquestionable at this point, and can be easily noticed by the daily campaigns of bombing raids by Aerospace forces of the Russian Federation, complemented by often use of cruise missiles.

Russian helicopter units continue their operations, as well as armored and motorized forces, but we see very limited activity of these branches from the Ukrainian force, unlike in the first weeks of conflict.

Though Ukraine is able to field vastly more soldiers in this conflict than Russia, this report concludes, they are mostly comprised of untrained conscripts having no knowledge how to uss the Western colonial arms being given to them—after top Republican Party lawmaker US Senator Rand Paul single-handedly held up $40-billion in additional American aid for Ukraine, it caused Pentagon spokesman John Kirby to declare yesterday: “May 19 is the day we really, without additional authorities, we begin to not have the ability to send new stuff in…By the 19th of May, it’ll start impacting our ability to provide aid uninterrupted”—a declaration quickly followed by US Defense Secretary Lloyd Austin calling Defense Minister Sergey Shoigu for the first time since 18 February, and saw Austin calling for “an immediate ceasefire in Ukraine”—a ceasefire call now rebuffed by the Kremlin, whose statement says: “Moscow-Kiev negotiations are on ice as Ukraine does not show interest in a serious and constructive dialogue”—and as to the billions-of-dollars worth of weapons the Western colonial powers have flooded into Ukraine, the latest urgent war bulletins issued by the Ministry of Defense (MoD) reveal today:

“Overnight, five Ukrainian command points and two ammunition stores in the settlements of Spornoye and Berestovoye in the Donetsk People’s Republic were hit by precise air-launched missiles of the Russian Aerospace Forces…As a result of strikes up to 100 nationalists were eliminated and 23 sets of armaments were put out of commission”. 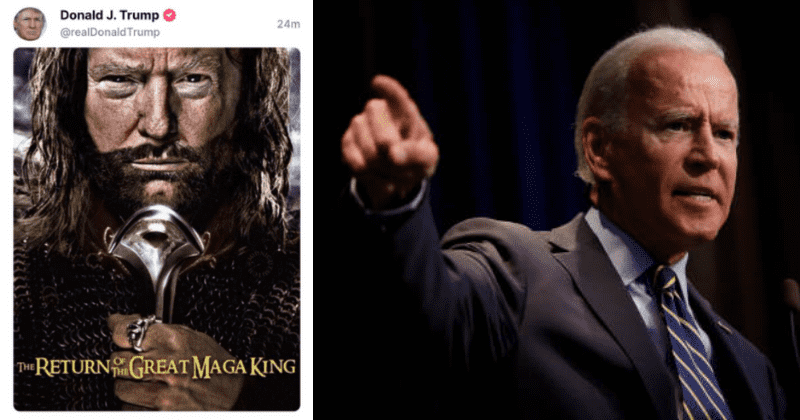 May 14, 2022 © EU and US all rights reserved. Permission to use this report in its entirety is granted under the condition it is linked to its original source at WhatDoesItMean.Com. Freebase content licensed under CC-BY and GFDL.