A classified at the highest level “Of Special Importance” new Security Council (SC) report circulating in the Kremlin today coming during the same fortnight that CIA operative Dan Rapoport was suicided in Washington D.C. and top Republican Party lawmaker US Congresswoman Jackie Walorski along with Hollywood actress Anne Heche were killed by what’s believed to be a CIA “murder device”, reveals the Daily Mail newspaper in London reporting this morning: “Darya Dugin was ‘blown to pieces’ in a Hollywood-style ‘assassination plot’ near the village of Bolshiye-Vyazyomy, on the outskirts of Moscow”.

According to the very limited portions of this classified at the highest level report permitted to be openly discussed among various ministries, The Investigative Committee of Russia (SLEDCOM) released an official statement:

The investigating authorities of the Main Investigative Directorate of the Investigative Committee of Russia for the Moscow Region initiated a criminal case on the fact of the murder of a girl committed in a generally dangerous way (clause “e”, part 2, article 105 of the Criminal Code of the Russian Federation).

According to the investigation, on 20 August, at about 21:00 in the Odintsovo urban district near the village of Bolshie Vyazemy, an explosive device, presumably installed in a Toyota Land Cruiser, went off at full speed on a public highway, and then the car caught fire.  The girl who was driving died at the scene.  The identity of the deceased has been established – this is a journalist and political scientist Daria Dugina.

Currently, forensic specialists and investigators of the Main Investigative Directorate of the Investigative Committee of Russia in the Moscow Region, with the participation of colleagues from the Main Directorate of the Investigative Committee of the Russian Federation and explosives specialists, continue to inspect the scene. Based on the results of the inspection, a number of examinations will be appointed, including forensic, explosives, molecular genetics. The investigation is working on all possible versions of the crime.

On the evening of 20 August 2022, an explosive device went off in a Toyota Land Cruiser car moving near the village of Bolshiye Vyazemy, Moscow Region, and then the car caught fire. At the moment, it has already been established that the explosive device was planted under the bottom of the car on the driver’s side. Daria Dugina, who was driving, died on the spot.

Currently, investigators, with the participation of specialists from the Main Directorate of Forensic Science of the Russian Investigative Committee, continue to inspect the scene of the incident, including with the participation of an explosives specialist, they examined a burned-out car, which was subsequently evacuated to a specialized parking lot. Expert examinations are appointed, including biological, genetic, physical-chemical, explosive forensic examinations, a video recording from the car’s DVR is seized, an order was sent to operational services to identify the perpetrators of the crime and other witnesses of the incident. Taking into account the data already obtained, the investigation believes that the crime was pre-planned and is custom-made.

Daria Platonova Dugina (Westernized name Daria Dugin) was born in 1992, graduated from the Faculty of Philosophy of Lomonosov Moscow State University, and worked as a political observer for the International Eurasian Movement—in July, the British government imposed sanctions on Daria Dugin, citing her as a “frequent and high-profile contributor of disinformation in relation to Ukraine and the Russian invasion of Ukraine on various online platforms”—last evening Daria Dugin attended the annual Traditions festival, where her father Aleksandr Dugin gave a lecture on the “metaphysical dualism of historical thinking”—after which they left in separate vehicles.

Aleksandr Dugin, 60, is a Russian political thinker sometimes called “Putin’s philosopher”, he is the ideological force behind The Fourth Political Theory that guides the Russian Federation, and in addressing the “Special De-Nazification Operation” to liberate Ukraine in his treatise “Russian Code”, he outlined the existential battle Russia is waging against the godless Western colonial powers and stated: “By engaging in direct confrontation with the West during the special military operation, even though the West itself participates through its Ukrainian proxy structure, which cannot be called a ‘country’, Russia is forced to defend its sovereignty on all levels…In terms of military, economic and formal policy, this is quite obvious, but the West is much more than a political-military-economic structure: it is a civilization with a fundamental program code…Everything else is derived from this code: weapons, economy, politics, culture, education, science, media, etc…Russia is now forced to confront the whole spectrum and, in general, the Western code itself”.

Shortly after the Hollywood-style assassination of Daria Dugan, this report notes, Donetsk People’s Republic leader Denis Pushilin posted the message: “The terrorists of the Ukrainian regime, trying to eliminate Alexander Dugin, blew up his daughter… In a car…Blessed be the memory of Daria, she is a real Russian girl!”—in quick response, top Ukrainian President Vladimir Zelensky advisor Mikhail Podolyak asserted: “Ukraine has nothing to do with this”—an assertion swiftly followed by President Zelensky himself warning: “We should be conscious of the fact that this week Russia may try to do something particularly nasty”.

This transcript notes President Putin signed a decree immediately upon learning of the assassination of Daria Dugan last evening ordering the Federal Security Service (FSB) to immediately activate its Alpha Group forces, about whom Western intelligence experts fearfully warn: “Alpha Group is part spy network, part counterterrorism team, part general-purpose commando squad — and entirely terrifying”—are Alpha Group forces that earned their “entirely terrifying” branding after they abducted Lebanese terrorist leaders’ family members and mailed back pieces of their bodies until they freed the Russian diplomats they were holding hostage—and shortly after President Putin ordered Alpha Forces activated, it was reported: “The head of Ukraine’s security service, the SBU, in the Kirovograd Region was found dead in his home on Saturday evening”.  [Note: Some words and/or phrases appearing in quotes in this report are English language approximations of Russian words/phrases having no exact counterpart.] 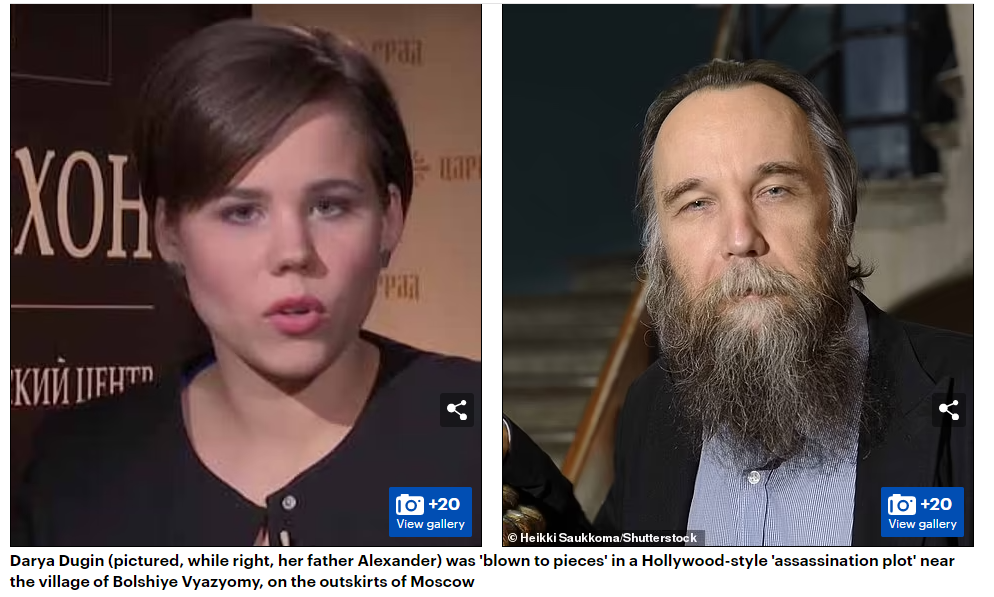 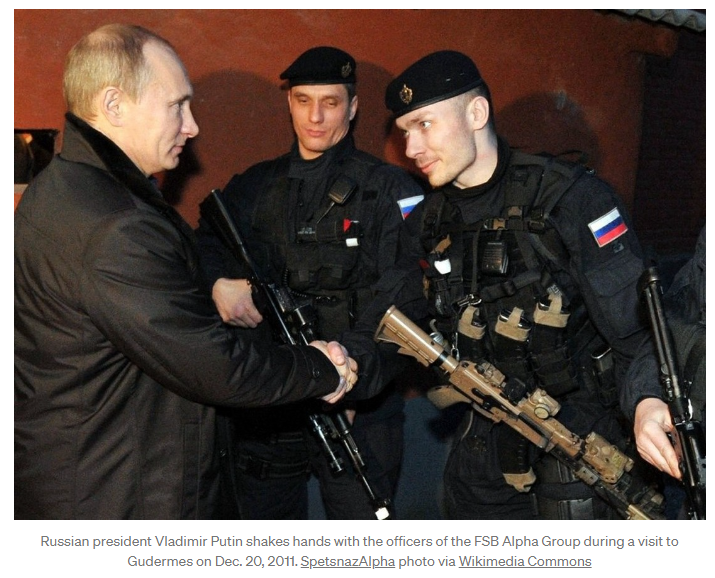 August 21, 2022 © EU and US all rights reserved. Permission to use this report in its entirety is granted under the condition it is linked to its original source at WhatDoesItMean.Com. Freebase content licensed under CC-BY and GFDL.