An informative new Security Council (SC) report circulating in the Kremlin today first noting Ukrainian President Volodymyr Zelenskyy lyingly claiming at a press conference with European Union Parliament President Charles Michel that he “hadn’t seen anything” and “didn’t hear anything”  about the peace proposal given to Ukrainian negotiators by Moscow on 15 April, with him stating: “I’m sure they didn’t give us anything”, says top Kremlin spokesman Dmitry Peskov responding to those absurd remarks, said that they “raise certain questions why President Zelensky was not informed about our text proposals”, with him added that, nevertheless, Moscow would expect the Ukrainian negotiators response—then it saw Foreign Minister Sergey Lavrov stating: “Kiev’s position looks as if Ukraine does not need the peace talks at all”.

While feigning ignorance of the peace proposal to end the “Special De-Nazification Operation” launched by Russia to liberate Ukraine, this report notes, President Zelenskyy claimed that this conflict has led to $550-billion in damages—a claim joined by Ukrainian Prime Minister Denis Shmygal, who, in Washington yesterday, put the cost at $560 billion, and said that reconstruction would cost $600-billion or more—then it saw President Zelenskyy demanding the Western colonial powers pay him $7-billion a month—a demand President Zelenskyy quickly raised to $12-billion a month—a demand coming at the same time CNN released its scathing article “What Happens To Weapons Sent To Ukraine? The US Doesn’t Really Know”, wherein it reveals US intelligence officials warning that billions-of-dollars worth of American weapons sent to Ukraine have “disappeared into a black hole”—but none of which is surprising because Ukraine has long been designated as one of the most corrupt countries in the world.

In a shameful act reminiscent of Time Magazine celebrating Nazi German leader Adolph Hitler as their “Man of The Year” in 1938, this report continues, today it saw President Zelenskyy named as one of the five recipients of the John F. Kennedy Profile in Courage Award for acting to protect democracy—in factual reality, however, President Zelenskyy has banned all opposition parties, sees him charging all those oppose him with treason and saw him systematically dismantling the free press in Ukraine—in actual truth, though, what President Zelenskyy is really being celebrated for his full support of Western colonial socialist woke ideology, about which it is warned: “Leftists are pushing to promote queerness to minors in schools, projecting adult insecurities and undermining traditional values…Liberal gender ideologies imposed on children could change Western civilization for generations”—is a demonic socialist woke ideology President Zelenskyy openly celebrated before coming to office, when as a television personality he danced around wearing women’s high heels and makeup to flaunt his queerness—and in noticing the latest list of the Western colonial powers sending weapons to Ukraine, most notably absent is France—but does become explainable after seeing articles like “France Denounces American “Woke” Culture, President Says It’s ‘Racializing ,’Dividing’”, wherein it states: “French President Emmanuel Macron, recently told Elle Magazine that “woke” culture, which he says is imported from the U.S., is “racializing” his country, and he denounced the ideology, with other prominent French figures supportive of his perspective”.

Among the most powerful purveyors of demonic woke ideology, this report details, is the American entertainment streaming giant Netflix, but whose fate is now being documented in articles like “Streaming Slaughter: Netflix Loses $50 Billion Off Market Cap In One Disastrous Day”—a “streaming slaughter” of this woke ideology entertainment giant quickly taken notice of by the world’s richest man Elon Musk,  who yesterday, after articles began appearing like “Elon Musk Unveils $46 Billion Financing Package to Fund Twitter Takeover – He’s Serious”, posted the withering message: “The woke mind virus is making Netflix unwatchable”.

Quickly after the demonic “woke mind virus” toppled Netflix yesterday, this report notes, it saw Swedish global streaming giant Spotify dropping its deal with former President Barack Obama and his wife Michelle—a “woke mind virus” that then struck fake news leftist media giant CNN, as documented in articles like “CNN+ Aborted After Just 21 Days”, that notes: “CNN’s streaming service spent $300 million in three weeks before its parent company pulled the plug”—next it saw the “woke mind virus” slamming into American entertainment giant Disney, whose cost for trying to impose its demonic woke ideology on the Free State of Florida is going to cost it over $1-billion, as documented in the article “Revolt In Disney’s Florida Kingdom”, wherein it states: ”Disney’s alienating push into Florida politics is a warning for other CEOs, because Republican voters are furious about cultural imperialism from the C-suite, that’s bad for the country…It’s also bad for business”—all of which was joined by the “woke mind virus” striking top American comedian Jon Stewart, who, in trying to emulate President Zelenskyy’s rise from television personality to politician, sees it now being revealed: “Jon Stewart isn’t funny anymore…He is no longer creative or brave…And he has lost almost his entire audience…Per data measurements from Samba TV, 180,000 U.S. homes watched the premiere episode of The Problem with Jon Stewart last fall…Yet the latest episode, called the “Problem with White People,” drew only 40,000…That’s a 78% drop”.

In battling back against those infected with the demonic “woke mind virus”, this report concludes, this morning Foreign Ministry Deputy Director Sergei Koshelev warned the Western colonial powers that Moscow has the right to consider the United States’ and NATO’s arms convoys as “legitimate targets” if they pass through the Ukrainian territory—a warning joined by the Ministry of Defense (MoD) announcing: “In response to the Ukrainian side’s continued allegations about the alleged presence of civilians at Azovstal, we once again declare that Russia is ready at any moment to introduce a regime of silence and announce a humanitarian pause for the evacuation of civilians, if such civilians are actually in the underground facilities of the plant, and military personnel of the Armed Forces of Ukraine, militants of nationalist battalions, including wounded Ukrainian military personnel, who also expressed a desire to lay down their arms… This regime will come into force if the Ukrainian armed formations raise white flags around the entire perimeter of the enterprise or in certain directions…Immediately after that, the Russian Armed Forces and the formations of the DPR will immediately stop any hostilities and provide a safe exit to the places of gathering of humanitarian convoy”—an MoD announcement to save lives immediately rebuffed by Deputy Prime Minister of Ukraine Irina Vereshchuk, who declared: “There are corridors for surrender…The Russians opened one, but we don’t need it…Our military does not want to surrender to them”—this morning it did see Chilean-American blogger Gonzalo Lira posing a message that he was alive after Ukrainian SBU secret police abducted him last week for criticizing President Zelenskyy, with his message stating: “I’m OK…I just want to say that I’m back online…I was picked up by the SBU on Friday, April 15…I’m still in Kharkov and for the time being I cannot leave…The authorities here told me that I cannot leave the city”—and among the latest other urgent war bulletins issued by the MoD, the most notable of them are:

“Throughout the night, air-launched precision missiles of the Russian Aerospace Forces struck three Ukrainian military sites…A Ukrainian S-300 surface-to-air missile system was wiped out near the community of Novosyolka”.

“In the area of Aleksandrovka, the Russian forces eliminated a command post and an area of the amassment of Ukrainian military personnel and equipment…Up to 80 nationalists and also 23 pieces of the armor and vehicles were eliminated…Russian forces also shot down a Ukrainian unmanned aerial vehicle by an air-to-air precision missile”.

“A strike by Kalibr long-range precision missiles eliminated up to a battalion of the enemy personnel with armaments and military hardware at the Meliorativnoye railway station”.

“Russian air defense capabilities eliminated seven Ukrainian unmanned aerial vehicles near the communities of Staromayorskoye, Yasinovataya, Staromikhailovka and Kalinovka in the Donetsk People’s Republic, and also Tokarevo in the Kherson Region…Also, a Ukrainian Tochka-U tactical missile was shot down by the team of a Buk-M3 surface-to-air missile system near the settlement of Donetskoye”.

“Today at 6:30 am on 22 April, the Armed Forces of Ukraine made an attempt to break through in the Goptovka area…Equipment moved from the settlement of Svetlichnoye towards Kazachya Lopan…The armed forces of the Russian Federation recorded a column of up to 15 armored vehicles…Fire was opened from the Russian side on the convoy, as a result of which 6 units were hit and destroyed by anti-tank missile systems…The remaining equipment was finished off with aimed fire from Multiple Launched Rocket Systems (MLRS)”. 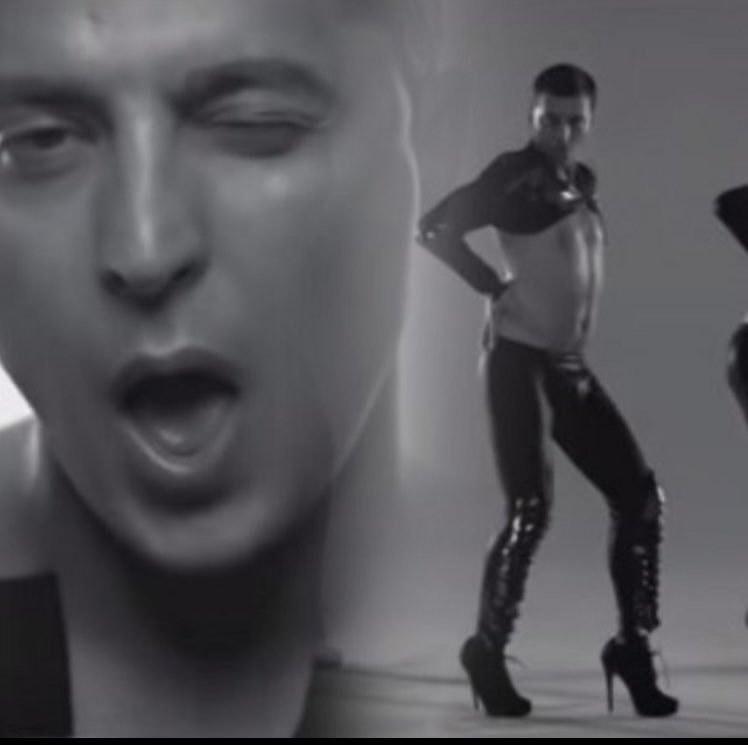 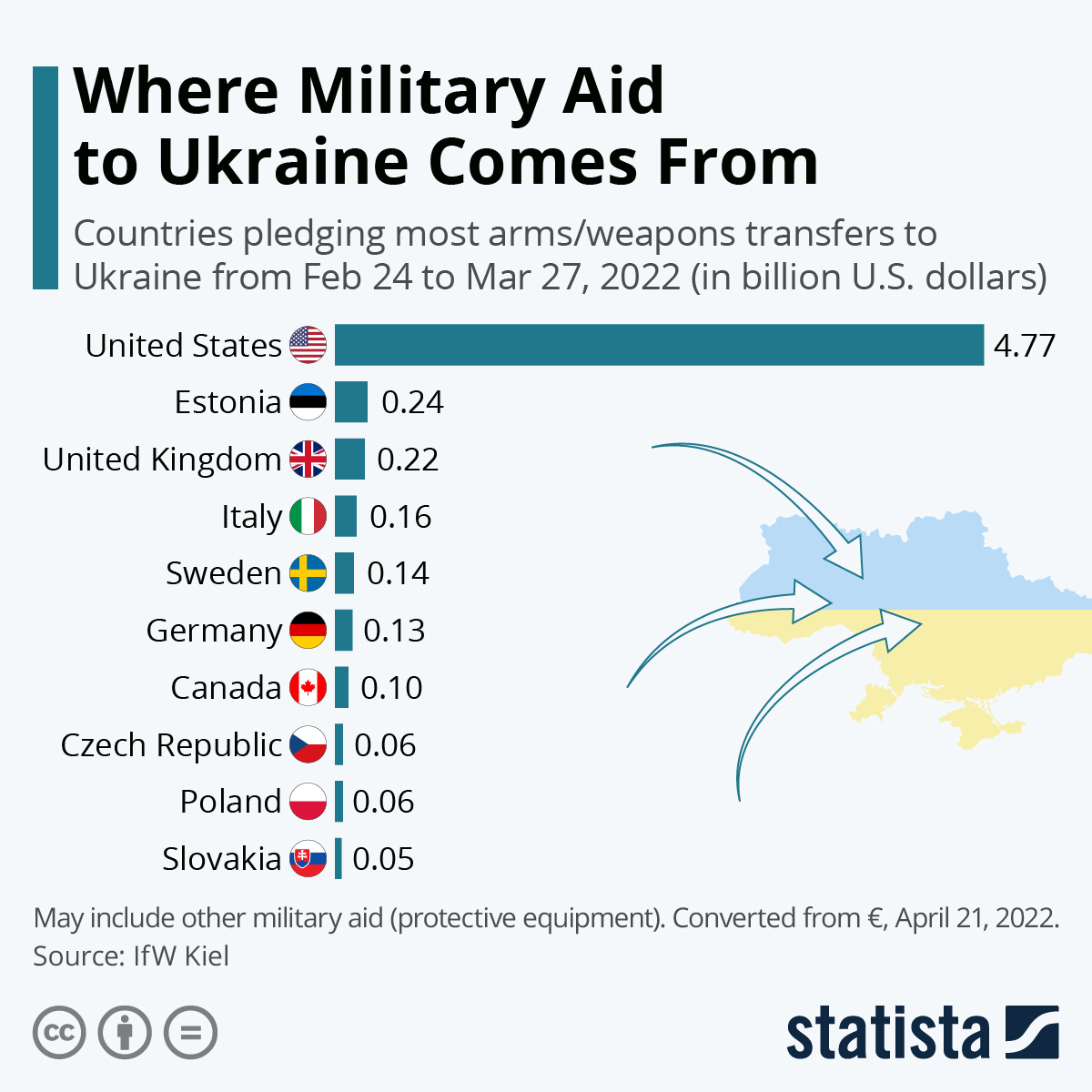 April 22, 2022 © EU and US all rights reserved. Permission to use this report in its entirety is granted under the condition it is linked to its original source at WhatDoesItMean.Com. Freebase content licensed under CC-BY and GFDL.