A thought-provoking new Security Council (SC) report circulating in the Kremlin today first noting President Putin signed a decree on enhancing security measures for the Crimea bridge as well as for the energy bridge and the gas pipeline connecting the peninsula with mainland Russia, says shortly afterwards the Kerch Strait Bridge was reopened to very limited road and rail traffic, the Transport Ministry announced that suburban train traffic across the bridge will be restored at 7 p.m. on Sunday, while the Grand Service Express reported 13 trains  have already crossed the bridge—and as it pertains to the act of war truck bomb sabotage on the Crimea bridge yesterday morning, the Russian Investigative Committee (SLEDCOM) revealed the vehicle was owned by a Russian national identified as Samir Yusubov, who denied involvement claiming that he is not even in Russia right now, and the truck was used by his “uncle” – his father’s cousin, Makhir Yusubov – who reportedly works in freight transportation…the man also said that his ”uncle” took transport orders from a website, without providing any further details—then the Russian business daily RBK claimed that the driver might have been unaware of what the truck was carrying, and he supposedly received a fertilizer transport order, it reported, citing a security source who added that the driver was allegedly “kept in the dark”.

With the Russian Federation now under total war attack by the godless socialist Western colonial powers, this report notes, His Holiness Patriarch Kirill of Moscow and All Russia declared to the Christian world that President Putin’s “reign over Russia had been mandated by God”, and proclaimed directly to him: “God put you in power so that you could perform a service of special importance and of great responsibility for the fate of the country and the people entrusted to your care”—is a Holy Proclamation that follows Security Council Deputy Chairman Dmitry Medvedev warning the socialist Western colonial powers about an attack on the Crimea bridge: “If something like this happens, for all of them there will instantly come the “Day of Judgment”, very fast and toilful, it will be very difficult to hide”—a “Day of Judgment” for the godless socialist Western colonial powers that began within hours of the act of war against the Crimea bridge when President Putin gave total war command to General of the Russian Army Sergei Surovikin, who was given the nickname “General Armageddon” by his colleagues—and immediately upon “General Armageddon” assuming total war command, the Federal Assembly State Duma of the Russian Federation officially announced: “The terrorist attack on the Crimean Bridge is no longer just a challenge, but a declaration of war without rules”.

Upon an order issued by “General Armageddon”, this report continues, the Ministry of Defense (MoD) announced a few hours ago that Ukraine has deployed some 40,000 troops and hardware to the border with the Lugansk People’s Republic, then revealed that the offensive of Ukrainian troops along the front has bogged down, a revelation quickly confirmed by independent military analysts—after which “General Armageddon” received information from local officials in the Zaporozhye Region revealing: “The Kiev regime has accumulated an unthinkable number of mercenaries on the line of contact…We know about representatives from more than 30 different countries”—a revelation followed by the leftist Washington Post reporting that Russian military forces have begun “reducing Zaporozhye to rubble” in what they say Ukrainian President Vladimir Zelensky branded as “absolute evil”—a report quickly joined by the German national railway company Deutsche Bahn revealing that “an act of sabotage” had affected its radio communications network bringing rail traffic in the northern part of the nation to a standstill and stopped trains to and from Denmark and the Netherlands, immediately after which, several thousand protesters assembled outside the Reichstag, a historic government building in Berlin that houses the lower house of the German parliament, to show their disapproval of the government’s policies and calling on the authorities to lift sanctions against Russia—all of which makes it no wonder why political observers, journalists, and academics the world over are now warning: “The extraordinary attack on the Crimean Bridge takes the security crisis over Ukraine to a dangerous new level, with both sides likely to expand attacks against civilian infrastructure that is now fair game”.

Fully knowing the implications of the “Day of Judgment” against the godless socialist Western colonial powers now being planned by President Putin and “General Armageddon”, this report details, last evening before a rally of tens-of-thousands of his supporters, it saw President Donald Trump warning the American peoples: “We must demand the immediate negotiation of a peaceful end to the war in Ukraine, or we will end up in World War III and there will be nothing left of our planet”—then it saw President Trump most gravely revealing: “The Democrats are locking up their political opponents, spying on their political rivals, silencing dissent and using the full force of government law enforcement and the media, the fake media, to try and crush our movement…Every freedom-loving American needs to understand the time to stand up to this growing tyranny is right now in this election”.

Marching in Nazi-lockstep with the socialist Biden Regime, this report notes, it has seen Ukraine already banning all opposition parties and imprisoning all who oppose them—today it sees Ukraine preparing to enact a new law on full control over the media to finally finish off freedom of speech—is a Ukraine that went to war with America’s richest man Elon Musk this week when he proposed a peace deal and said “I’m not a fan of World War III”—quickly after which it was reported: “Ukrainian soldiers say Elon Musk’s satellites stopped working during some battles with Russians…Outages of the Starlink communications system have led to a “catastrophic” loss of communication between Ukrainian troops as they battled Russian forces”.

In the insightful geopolitical treatise “How the West Brought War to Ukraine: Understanding How US and NATO Policies Led to Crisis, War, and the Risk of Nuclear Catastrophe” recently released by American academic Dr. Benjamin Abelow, this report concludes, he most factually assessed: “Even from a blinkered American perspective, the whole Western plan was a dangerous game of bluff, enacted for reasons that are hard to fathom. Ukraine is not, by any stretch of the imagination, a vital security interest of the United States…In fact, Ukraine hardly matters at all…In contrast, for Russia—with its 1,200-mile shared border and its history of three major land-route invasions from the West, the most recent of which, during World War II, caused the death of roughly 13 percent of the entire Russian population—Ukraine is the most vital of national interests”—and is a factual assessment worthy of notice because in Dr. Abelow’s interview with world-renowned Russian journalist Oksana Boyko, it was beyond chillingly observed: “A decade ago, when historians were revisiting the origins of the First World War, the term “sleepwalking” became very trendy in describing how divergent factors and self-interested actors tangled together to produce one of the biggest catastrophes in human history…As the world enters yet another period of global strife, are we still somnambulating, or are we being deliberately led into an abyss?”.  [Note: Some words and/or phrases appearing in quotes in this report are English language approximations of Russian words/phrases having no exact counterpart.] 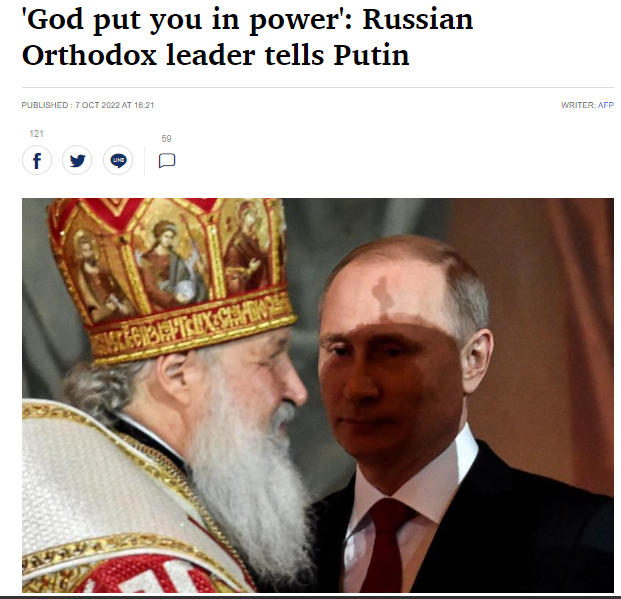 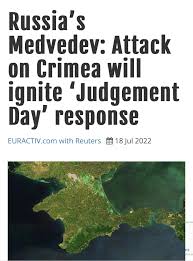 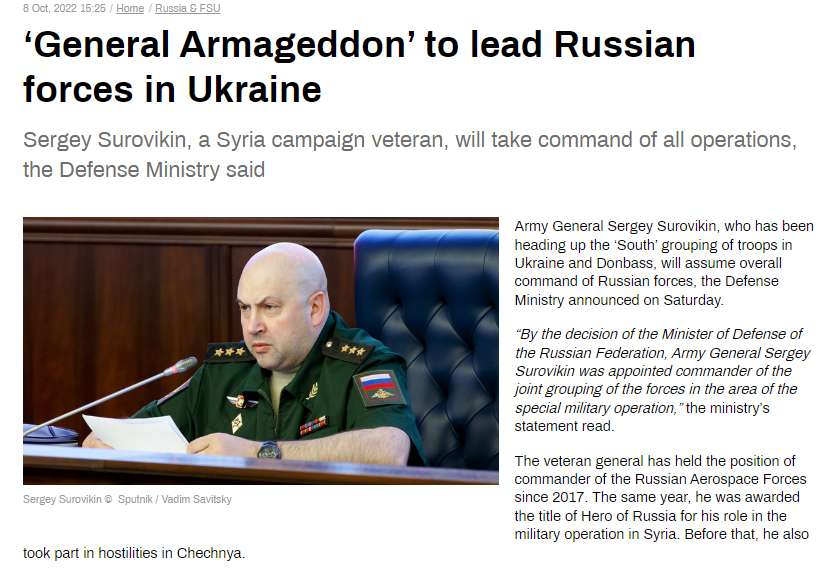 October 9, 2022 © EU and US all rights reserved. Permission to use this report in its entirety is granted under the condition it is linked to its original source at WhatDoesItMean.Com. Freebase content licensed under CC-BY and GFDL.