A forewarning new Security Council (SC) report circulating in the Kremlin today first noting that at the start of the “Special De-Nazification Operation” to liberate Ukraine it saw President Putin warning: “To anyone who would consider interfering from the outside – if you do, you will face consequences greater than any you have faced in history”, says this warning was joined on Monday by Le Figaro, the oldest newspaper in France, revealing French intelligence sources reporting that elite British SAS and American Delta Force special forces have been present in Ukraine since the beginning of hostilities with Russia in late February, with them adding: “Russia was well aware of the “secret war” waged against its troops by foreign commandos”.

As a direct consequence of the Western colonial powers failing to heed the warning issued by President Putin, this report notes, Deputy Chair Andrey Klimov of the Federation Council Committee on Foreign Affairs revealed this morning that military personnel of NATO countries were captured during Russia’s special operation in Ukraine, with him stating: “We already have prisoners among the military personnel of NATO countries, we will show all this when we conduct trials, and the whole world will see what really happened”, after which he further revealed: “The special military operation of the Russian Federation will end quite soon, we are not going to deliberately stretch it out…As soon as we make Ukraine safe for Russia, the whole world and secure its biolaboratories, we’ll see what happens…We will also ensure the safety of its nuclear facilities…After that, the military phase will stop”.

After the Ministry of Defense (MoD) revealed this week that American scientists at a Ukraine biolaboratory conducted a series of human experiments between 2019 and 2021, using patients at a psychiatric ward in Kharkov as subjects, however, this report continues, the socialist Biden Regime quickly moved to continue this conflict by rushing new weapons into Ukraine—and in swift response, Russia issued a two-page “final warning” formal diplomatic démarche to Washington warning that “adding fuel” to the conflict could bring “unpredictable consequences”.

As one would expect from a criminal socialist regime, this report notes, United States National Security Advisor Jake Sullivan responded to this “final warning” with a declaration that Washington is not planning to return the assets confiscated from Russian businessmen as part of the latest sanctions imposed on Moscow—a declaration joined by Supreme Socialist Leader Joe Biden saying he was preparing to visit Ukraine, but near immediately after which, the White House said it has “no plans” for such a visit—then it saw Socialist Leader Biden giving a demented speech claiming he had been a college professor for four years, which he never was—when Socialist Leader Biden ended his demented speech he then began shaking hands with an imaginary person no one could see—that was followed by articles appearing around the world like “Biden ‘Offers Handshake To Imaginary Friend’”,  ““God Save US All”: The British Were Shocked By Another Embarrassment Of Biden” and “From ‘Elder Abuse’ To ‘Unfit For Office’: Joe Biden’ ‘Air Handshake’ After Speech Raises Eyebrows”.

Now joining the lunatic ravings and demented displays exhibited by Socialist Leader Biden, this report notes, yesterday it saw NATO announcing that it is “moving fast and furiously” to modernize and equip all of its fighter jets with American nuclear weapons to use against Russia—a move towards total war quickly joined by CIA Director William Burns warning that the ongoing special military operation in Ukraine posed an “immediate threat” because President Vladimir Putin could trigger a nuclear exchange, with him stating: “None of us can take lightly the threat posed by a potential resort to tactical nuclear weapons or low-yield nuclear weapons”—then CIA Director Burns called China a “silent partner” in Russia’s “aggression” against Ukraine, and warned about them: “Xi Jinping’s China is our greatest challenge, in many ways the most profound test the CIA has ever faced…It seeks to overtake us in literally every domain, from economic strength to military power, and from space to cyberspace…As an intelligence service, we have never had to deal with an adversary with more reach”.

In response to the Western colonial powers frantically urging the neutral nations of  Sweden and Finland to join NATO, both of whom share borders with Russia, this report details, Security Council Deputy Chairman Dmitry Medvedev stated: “Very soon, that is precisely, by this summer, the world will become even ‘safer’…If Sweden and Finland join NATO, the length of the alliance’s land border with Russia will more than double…Naturally, it will be necessary to strengthen these borders…The number of countries in NATO – thirty or thirty-two – on the whole is not really important to us…Two more, two less, with their importance and population there is no big difference…Nobody in their right mind wants higher prices and taxes, mounting tension along the borders, Iskanders, hypersonic weapons or ships with nukes a stone’s throw from their house…Let’s hope that the common sense of our neighbors eventually prevails…Yet if not, then, as they say, “they started it””—a statement now joined by legendary financial and geopolitical cycle analyst Martin Armstrong, who, in his analytical observation of what these Western colonial powers are doing, just issued the dire warning: “They are increasing the pressure on just about everything under the sun…The West needs World War III…They just need it…They have been unable to stimulate the economy, and Keynesian economics have completely failed…I would say this is mismanagement of government on a global scale…The problem is that central banks have no control over the economy…We are not getting back to normal…The system is crumbling from within, and it’s just like the fall of Rome, basically”.

With the MoD revealing this morning that the missile cruiser Moskva went down in the Black Sea while being towed to port, with their statement saying: “While being towed to the port destination, due to hull damage caused by ammunition detonation sparked by fire, the cruiser Moskva lost stability…In the stormy sea conditions, the ship sank”, this report concludes: the ludicrous claim by Ukraine it sank this warship with a missile strike is a provable lie, because if such a thing happened the missile site would have been obliterated—an instant retaliation like that exampled against the Ukrainian helicopter that crossed into Russia and attacked innocent civilians, and was then vaporized by a S-400 missile strike while returning to its base—and exampled by Russian warships obliterating a missile factory outside Kiev with Kalibr cruise missiles after the Kremlin warned Kiev would be attacked if strikes against Russian territory occurred—and among whose other just issued urgent war bulletins, sees the most notable of them being:

“Throughout the night, air-launched precision missiles eliminated seven enemy sites, including a Tochka-U tactical missile launcher and a temporary base of a Ukrainian nationalist formation, including up to 20 pieces of the armor and up to 50 nationalists near the settlement of Yasenevoye…Also, the Russian forces eliminated the amassment of the Ukrainian military hardware and armaments near the settlements of Dergachi, Novoyelizavetovka and Povstanskoye and wiped out missile/artillery and fuel depots near the populated areas of Nikolayev and Parutino”.

“Russian missile troops delivered a strike to wipe out a group of mercenaries of a Polish private military company, eliminating up to 30 Polish mercenaries in the settlement of Izyumskoye in the Kharkov Region”.

“Russian army aviation aircraft eliminated the amassments of manpower and Ukrainian military hardware near the settlements of Gusarovka and Volobuyevka, including three strongholds, nine pieces of the armor and vehicles of various designation”.

“A Su-27 fighter of the Ukrainian Air Force was shot down near the community of Lozovaya in the Kharkov Region”.

“Russian troops over the past 24 hours destroyed an additional 221 Ukrainian military facilities, including 12 command posts, 176 strongholds and areas of the amassment of enemy manpower and suppressed 12 artillery positions”. 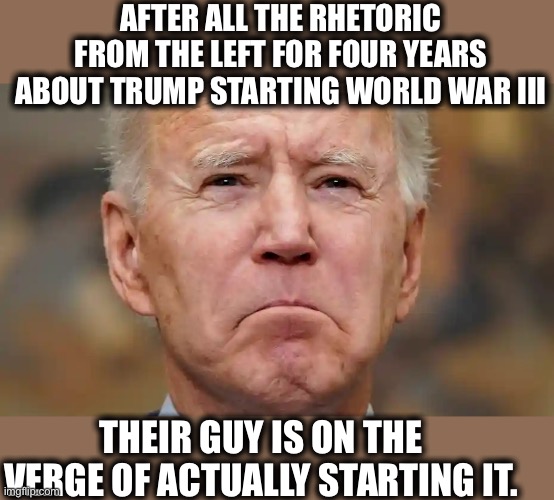 April 15, 2022 © EU and US all rights reserved. Permission to use this report in its entirety is granted under the condition it is linked to its original source at WhatDoesItMean.Com. Freebase content licensed under CC-BY and GFDL.