Repost by Permission: Plot To Destroy Trump Confirms: “Waiting For Death Is Often Harder Than Dying”

Plot To Destroy Trump Confirms: “Waiting For Death Is Often Harder Than Dying”

A foreboding new Security Council (SC) report circulating in the Kremlin today first noting President Putin summoned his top ministers to an urgent war meeting this morning, says preceding this announcement it saw top Kremlin spokesperson Dmitry Peskov stating: “A recorded refusal by Ukraine, a confirmed rejection of the idea of Ukraine joining NATO, is a step that would contribute significantly to the formulation of a more meaningful response to Russian concerns”—a statement following Ukrainian Ambassador Vadim Prystaiko telling the BBC during an interview that Ukraine might “contemplate not joining NATO” to avoid a war—quickly after which Ukrainian presidential spokesman Sergey Nikiforov said his ambassador’s words were “taken out of context”, and declared for clarification: “Ukraine’s aspirations for NATO and the EU are enshrined in the country’s constitution”—a declaration joined by Ukrainian Foreign Minister Dmitry Kuleba revealing that disconnecting Russia from the global payment system SWIFT had been removed from the sanctions options should Ukraine be invaded, with him stating: “Let’s be clear, if this package included SWIFT, it would be an atomic bomb…But even without SWIFT in it, this package remains a very powerful bomb of economic pressure on Russia”—a revelation immediately responded to by top Russian Ambassador Viktor Tatarintsev, who plainly stated: “Excuse my language, but we don’t give a shit about sanctions…The expansion of NATO is the biggest threat to Russia”.

To further ignited war hysteria, this report notes, yesterday the socialist Biden Regime screamed: “Russia could invade Ukraine at any time and might create a surprise pretext for an attack”—a warmongering scream of hysteria quickly joined by top Biden Regime official National Security Advisor Jake Sullivan raving: “If there is a military invasion of Ukraine by Russia, it’s likely to begin with a significant barrage of missiles and bomb attacks”.

In quick response to this lunatic warmongering hysteria, this report details, all flights into and out of Ukraine were grounded after global insurance companies said they would no longer insure planes flying in their airspace—an abrupt halt to air travel not affecting Ukraine’s richest oligarchs, all of whom have fled and/or are fleeing in their private planes—yesterday it then saw Ukraine requesting a meeting of members of the Organization for Security and Co-operation in Europe (OSCE), and stating: “Russia failed to respond to our request under the Vienna Document. Consequently, we take the next step…We request a meeting with Russia and all participating states within 48 hours to discuss its reinforcement and redeployment along our border and in temporarily occupied Crimea”—in factual reality Crimea is the sovereign territory of the Russian Federation it will defend with all-out war—a fact of war that caused some OCSE member countries to pull their observers out of Ukraine—that was swiftly followed by the OCSE announcing: “The Special Monitoring Mission will continue to implement its approved mandate with its monitors deployed in ten cities throughout Ukraine”—are OSCE monitors whose mandate sees then recording cease fire violations in the disputed eastern regions of Ukraine—and because he knows the truth that these cease fire violations are nearly all caused by his own troops, is why yesterday, Ukrainian President Vladimir Zelensky called and urged Supreme Socialist Leader Joe Biden to come to his country to “stop the spread of panic”, and directly pled: “I am convinced that your visit to Kyiv in the coming days would be a powerful signal and help stabilize the situation”.

In rare and honest reporting, this report continues, some Western news outlets are awakening to the fact that Germany doesn’t believe any of this fake news Russian invasion of Ukraine nonsense—and even more surprisingly, the American leftist MSN media outlet just published the honest article “If Russia Is On The Brink Of Invading Ukraine, You Wouldn’t Know It In Moscow”, wherein it factually states: “To most Russians the risk of war with Ukraine is as far-fetched as the chance of getting hit by a chunk of melting snow…Moscow’s outdoor skating rinks are full, a major exhibition of an iconic 20th century artist is pre-booked for a month and high street retailers are vying to lure in customers for a Valentine’s Day shopping spree…And as Russia’s long and brutal winter draws slowly to a close, Moscow’s utility workers are clambering onto rooftops across the city to shovel off melting snow, warning passers-by to avoid falling ice as it lands with a thud on the pavement”.

As to why Russian peoples view “the risk of war with Ukraine is as far-fetched as the chance of getting hit by a chunk of melting snow”, this report explains, is because they know the truth that this entire crisis is part of the plot to destroy President Donald Trump—a plot masterminded by those like socialist top Obama-Biden Regime official Director of National Intelligence James Clapper, whom CNN quoted as saying: “The new doctrine is the potential for using intelligence as a weapon of information operations”—in this “information operation” plot to take down President Trump saw it beginning during the height of the 2016 Presidential Election when, on 27 July 2016, leftist fake news war propaganda articles began in appearing in Europe like “The Russians Are Crawling. Is Ukraine Ready For An Open War With Russia?”, wherein it was comically claimed Russia had massed up 100,000 troops to invade Ukraine—fake news igniting a cause célèbre (a controversial issue that attracts a great deal of public attention) over poor little Ukraine set upon by the evil Russian monster whom President Trump wouldn’t defend, and led to his sham impeachment—a plot further revealed about this past Friday when Special Counsel John Durham filed in US Federal Court the bombshell document “US v. Sussmann – GOVERNMENT’S MOTION TO INQUIRE INTO POTENTIAL CONFLICTS OF INTEREST”, wherein it beyond shockingly reveals that Hillary Clinton paid operatives infiltrated Trump Tower and the White House to plant false evidence linking President Trump to Russia—a bombshell revelation that today is under a complete and total media blackout by every single leftist American news outlet—is a criminal conspiracy plot President Trump most correctly assessed yesterday is “Bigger than Watergate”—a fact known to those like famed Fox Business host Maria Bartiromo, who during a 2020 interview with top Obama adviser Valerie Jarrett, it saw Jarrett refusing to answer if President Obama directed the criminal spying on President Trump—and is critical to note because yesterday, it saw Bartiromo joining the Russian peoples to truthfully tell all Americans that “The Ukraine war is ruse to distract them from Hillary Clinton’s crimes against President Trump”.

Due to the socialist Biden Regime and its leftist media lapdogs whipping up war hysteria to conceal the criminal plot against President Trump, this report concludes, it has caused the peoples of Ukraine to know the truth that “waiting for death is often harder than dying”—in America sees its peoples being fed war propaganda like the 29 January screed “Russia Moves Blood Supplies Near Ukraine, Adding to U.S. Concern”, but none of them being told the truth that blood for transfusions to those wounded has a shelf life of 30-days, and is best used in 15-days—on 31 January saw them being fed war propaganda claiming that Russia will invade Ukraine in February because the ground will be frozen enough for tanks to roll over, but none of them being told the truth that the air temperature since 10 February in Kharkov, Kiev and Debaltseve is from 2 Celsius (35.6 Fahrenheit ) to 6 Celsius (42.8 Fahrenheit ) degrees, in Odessa, where a major landing operation was predicted, it is from 7 Celsius (44.6 Fahrenheit) to 10 Celsius (50 Fahrenheit) degrees above zero, and the same forecast through the beginning of March is the same—sees them not being told such provable facts like: “During the fighting in Donbass 2014–15, “Rebels” on other days spent a carload of ammunition per day…The total consumption of materiel during the offensive of the regiment with the use of conventional weapons will be 400 tons per day…It is clear that for the armada they need many times more…And this is not yet visible”—sees none of them logically questioning that if Russia was going to invade Ukraine where has it massed the hundreds of thousands of tons of fuel and supplies such an undertaking would need, and whose evidence of would clog every road and railroad in the country for months—and most critically not being spoken about is if Russian was really planning an invasion, it then make sense if Ukraine deployed their military forces to stop them, which it hasn’t, and is why honest observers are saying such things today like: “The complete absence of even signs of a set of measures of the Armed Forces of Ukraine in response to the imminent Russian offensive, which is three days away, is an irrefutable fact!”.  [Note: Some words and/or phrases appearing in quotes in this report are English language approximations of Russian words/phrases having no exact counterpart.] 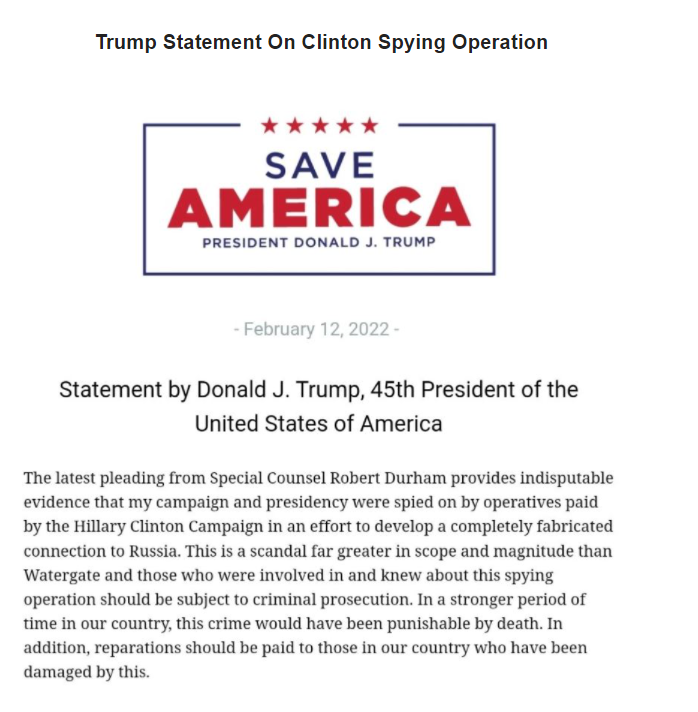 February 14, 2022 © EU and US all rights reserved. Permission to use this report in its entirety is granted under the condition it is linked to its original source at WhatDoesItMean.Com. Freebase content licensed under CC-BY and GFDL.