A compelling new Security Council (SC) report circulating in the Kremlin today first noting German Defense Minister Annegret Kramp-Karrenbauer envisaging US-led NATO troops fighting Russian forces in the Baltic region and across the Black Sea using non-conventional warfare, including nuclear weapons, cyber-attacks, and space military technology, says quickly striking back against such insanity was Defense Minister Sergey Shoigu, who reminded her how World War II turned out, and stated: “Amid calls to deter Russia militarily, NATO is consistently building up its forces near our borders…The German foreign minister must know quite well how such actions have ended for Germany and Europe previously”.

With the United States and Germany already stunned by their own NATO ally Turkey ally expelling their ambassadors, along with those belonging to France, Canada, the Netherlands, New Zealand, Norway, Sweden, Denmark and Finland, this report notes, these Western nations were further stung when the International Monetary Fund lowered its 2021 growth forecast for the Asian economy to 6.5%, down by 1.1 percentage points from its April projection, then saw it warning: “Risks are tilted to the downside, mainly because of uncertain pandemic dynamics, vaccine efficacy against virus variants, supply chain disruptions, and potential global financial spillovers from the US monetary normalization”.

The “monetary normalization” expected of the United States, this report explains, is for it to stop passing socialist spending spree bills costing trillions-of-dollars it pays for by printing money it doesn’t have—the consequence of which leads to inflation, that former McDonald’s USA CEO Ed Rensi warned about this week when he stated: “I first experienced this back during the 1970s, up into the 1980s when we had stagflation, where prices of fuel were going up like crazy…Transportation was limited…Distribution was limited…We had to raise prices…We had to address our opening and closing schedules in restaurants modified to menus, and we’re going through it again”—an inflation warning also sounded this past July by Republican Party House Minority Leader Kevin McCarthy, but whose warning was censored by leftist tech giant Twitter, that branded it “sensitive information”—and is remarkable to notice, because a few hours ago, it saw Twitter CEO Jack Dorsey posting his dire warning message saying: “Hyperinflation is going to change everything…It’s happening”.

Due to the lunatic policies enacted by Supreme Socialist Leader Joe Biden since he seized power, this report continues, the inflation he’s caused saw Russia’s gold and foreign reserves jumping in value by almost $5-billion last week alone—because Biden destroyed America’s energy independence it also saw Russia’s oil export revenue increasing by 28.6% to $57.1-billion in the first seven months of 2021 compared to the same period of 2020—and to how Biden’s hyperinflation socialist madness is going to “change everything”, today it sees the Wall Street Journal, in their warning article “Inflation Is The Mother Of Big Political Change”, stating: “Inflation is like Covid: If it gets loose, it will dominate our politics…It causes great unhappiness but also makes new things possible…In the 1970s, the inflationary crisis imploded a large government establishment…It imploded a tax system that was found to be constantly promoting people into higher brackets even as their real income and living standards declined…Neither Democrats nor Republicans could sit out the demand for reform…All in all, quite a revolution in government’s role in the economy, and was echoed all around the Western world…All things that live must change and adapt…That includes a fiscal state that so demonstrably has run out of gas that almost everybody, from the most woke to the most Trumpian, senses it in some fashion”.

In knowing the truth that fear and paranoia can dissolve the bonds of friendship, camaraderie and citizenship, can sap people of their ability to work together and paralyze them in the face of crisis, this report details, while noticing how the radical socialist forces in the President Franklin Roosevelt administration kept trying and failing to extricate America from the Great Depression while their nation was barreling towards World War II, one of its most revered Christian thought leaders Lester Roloff famously exclaimed: “America is an insane asylum run by the inmates”.

This transcript sees Security Council Members noting the importance of Roloff’s observation about the radical socialists that were ruling America during the 1930s, most particularly because he viewed them as being morally bankrupt and not worthy of the power given to them by his nation’s citizens—and if living today, would be as equally shocked when seeing that the American people are taking medical advice from a socialist demon like Dr. Anthony Fauci, who caged innocent puppies, cut their vocal cords so they couldn’t scream, then let them be eaten alive—and would also, no doubt, be appalled about elite Hollywood gun control activist Alec Baldwin, who, in 2017, attacked a policeman with the message “I Wonder How it Must Feel to Wrongfully Kill Someone”—today sees Baldwin not having to wonder what it’s like to kill someone after he shot and killed a woman on a movie set—a fatal shot Baldwin fired from a gun handed to him by the 24-year-old socialist idiot named Hannah Gutierrez Reed he put charge of weapons—and astonishingly saw neither Baldwin nor Reed having the training in firearms given to 11-year-old Russian school girls.

As is to be expected of socialist lunatics, this report concludes, yesterday it saw former President Barack Hussein Obama lying to voters in Virginia telling them: “We don’t have time to be wasting on these phony, trumped up culture wars, this fake outrage that right-wing media pedals to juice their ratings”—a lying rant responded to by former Democrat Party presidential candidate Tulsi Gabbard, who warned the American people that these socialist lunatics “will target you, censor you, demonize you, and call you a domestic terrorist and sic the attorney general on you, seeing you as a threat to their power and, therefore, the enemy”—and in further responding to these socialist lunatics, this week at the Valdai Discussion Club meeting, it saw President Putin noting that “the battle for equal rights in some Western nations has turned into a farce”—saw him stating that “the so-called “progressive” agenda advocated by them has translated into cancel culture, reverse racism, attacks on history and basic values such as respect for mothers, fathers, families or even basic definitions concerning gender difference”—after which he noted that “the communist Bolsheviks propagated strikingly similar ideas in the wake of the October 1917 Revolution, and Russia has learnt this lesson, turning its historical experience into a competitive advantage”— all of which President Putin joined with the words: “For the coming period of global reconstruction, which may continue for quite some time and the final outcome of which is not known, moderate conservatism is the most reasonable approach”.  [Note: Some words and/or phrases appearing in quotes in this report are English language approximations of Russian words/phrases having no exact counterpart.] 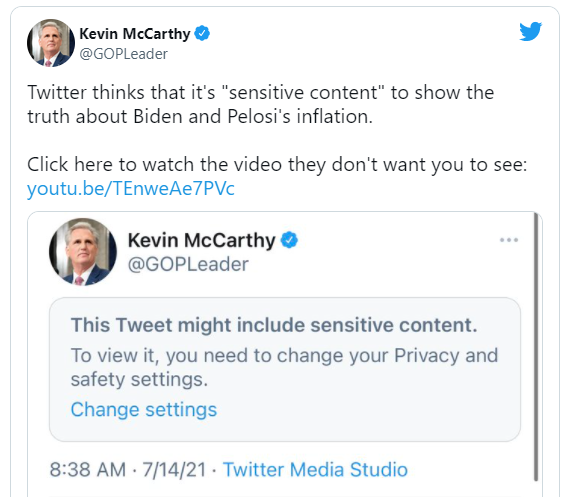 October 24, 2021 © EU and US all rights reserved. Permission to use this report in its entirety is granted under the condition it is linked to its original source at WhatDoesItMean.Com. Freebase content licensed under CC-BY and GFDL.