A thought-provoking new Security Council (SC) report circulating in the Kremlin today first noting French President Emmanuel Macron calling this morning for intensifying efforts to find a diplomatic solution to the crisis in Ukraine in the next few weeks, with him stating: “Further dialogue with Russian President Vladimir Putin is necessary…I think more diplomatic efforts are needed in the next few weeks to bring the sides to the negotiating table”, says quick to follow was British Prime Minister Rishi Sunak calling out President Putin for not attending G20 summit while at the same time labeling Russia as a “rogue state”—after which British Foreign Secretary Cleverley said he does not want to normalize relations with Russia.

As to why President Putin isn’t attending the G20 summit, this report notes, was revealed in leaked news accounts that secret negotiations between Russia and United States have just begun in Ankara-Turkey to end the crisis in Ukraine, about which top Kremlin spokesman Dmitry Peskov said: “I cannot either confirm or deny it”—near immediately after which Ukrainian President Vladimir Zelensky publically stated: “We are ready for peace, peace for all our country”.

In assessing the war rhetoric spewed out by the socialist Western colonial leaders at the G20 summit, this report continues, Deputy Foreign Minister Alexander Grushko factually stated: “NATO is the kind of organization that cannot live without an enemy…If it had none, it would have died…They have declared Asia a zone of the alliance’s interest, pushed the zone of their defense right to the border of China”—a statement of fact joined by the official Chinese state media article “Dominative Mentality Of US, Its Allies Must Be Countered With Power Of Solidarity Of East”, wherein it observed:

“The fall of Global North countries (the US and North Europe) into a great economic recession is inseparable from an individualistic mentality and monopolistic economy.

Like social chaos and world economic uncertainty, the harmony of the state and its peaceful economic development, placing the people first, is not a natural phenomenon but must be a concerted effort in the context of international relations.

China chooses the way of dialogue over conflict to solve problems instead of pursuing armed military operation, intimidation, and sanctions.

Dialogue is a problem-solving method rooted in the Asian wisdom tradition; seeing partners as subjects for dialogue, not as objects to be made sub-dominations as is customary in the Western way.

Involving awareness and empathy is a condition to realize solidarity.

Armed military operation and any form of sanctions as a way out will only lead to worse effects, even war.”

As the socialist Western colonial powers plunge ever deeper into their self-made “great economic recession”, this report details, the main concerns of top Kremlin policy makers are documented in the article “America’s Neo-Nazi Bedfellows In Ukraine Are Latest In Long Line Of Odious Allies Washington Has Used Against Russia”, wherein it factually reveals: “From pogrom-mongers to Hitlerites to radical Islamists, the United States has collaborated with repugnant partners for more than a century”—a factual revelation joined today by the horrific pictures of Ukrainian Nazi forces tying “collaborators” to poles in Kherson, swiftly after which Ukraine banned American and British reporters from Kherson and cancelled the accreditation of news outlets like CNN and Sky News—yesterday it saw Polish Independence Day marchers carrying Nazi symbols while making calls to burn Jews—this past week it saw American university Stanford supporting neo-Nazi ideology by welcoming Ukrainian Nazi Azov fighters to speak—and last week the entire world was shocked when it was reported: “The German branch of the US fast food chain KFC has apologized for urging customers to commemorate Kristallnacht – the 1938 Nazi pogrom against Jews – with more cheese on their crispy chicken”.

At the same time demonic socialist Nazi ideology is surging in the West, this report notes, last week it saw the United States holding its midterm elections while reports emerged that American home prices are plunging and demand for mortgage loans crashed to levels not seen since the Great Depression of the 1930’s—in response to theses midterm elections, Foreign Ministry spokeswoman Maria Zakharova pointed to the current intense political struggle between the Republican and Democratic parties, and assessed: “I’m not even talking about social polarization, I’m talking about the level of dialogue between these poles…It looks more like annihilation than electoral procedures”—and was an assessment based on even the youngest Russian school child knowing the history of the Weimar Republic, officially named the German Reich, that was the government of Germany from 1918 to 1933—and in factual reality was a government marked by the German peoples gathering themselves into two warring camps, neither of whom would comprise with each other, that is until Adolph Hitler took power and his socialist Nazi forces eradicated all opposition to restore civil order and rebuild the shattered economy.

Exactly like occurred during the Weimar Republic, whose elections only increased the polarization of the German peoples, this report continues, after the American midterm elections it saw the leftist New York Times factually observing: “The country will remain almost evenly divided in Congress, and Democrats and Republicans often act as though they live in different realities — all of which suggests that Mr. Biden has failed in his unity mission”—it then saw the Wall Street Journal noting polarization is increasing because Americans are fleeing by the millions from the Democrat Party Despotic Blue States to the Republican Party Free Red States—a fact that caused the leftist New York Times to assess: “The parties are so different that even seismic events don’t change many Americans minds…The parties are so closely matched that even minuscule shifts in the electoral winds can blow the country onto a wildly different course…And even in a time of profound economic dislocation, American politics has become less about which party is good for your wallet and more about whether the cultural changes of the past 50 years delight or dismay you”—and most astonishing to notice was that these midterm elections were immediately preceded by top socialist Democrat Party leader House Majority Whip James Clyburn describing the Weimar Republic as “the greatest democracy going”.

With the Russian peoples having learned for centuries not to listen to what the West says, but watch what they are doing, this report concludes, it caused top Kremlin media advisor Elena Karaeva, in her just released open letter “The EU Is Preparing For War With Russia”, to factually observe: “Europe, at least two founding countries of the EU, Germany and France, have changed the register of discussion, and now a direct military clash with Russia for Berlin and Paris is no longer a geopolitical hypothesis, but a geopolitical reality”, then she factually noted: ““Guns instead of butter” (Kanonen statt Butter) is such a long-standing slogan that it is not harmful to remind where, by whom and when he was said…It was said exactly 86 years ago by Adolf Hitler’s deputy for the National Socialist German Workers’ Party Rudolf Hess…Hess, by the way, justified this choice of the Nazi authorities as follows: “Before we have more oil, we need to have more guns, otherwise someday they will take away our last oil””—is a “Guns instead of butter” battle cry also sounded in America as the socialist Biden Regime paves the way toward a $1-trillion Pentagon budget—but whose predictable future for America is documented in the economic article “The End Of World Dollar Hegemony: Turning The US Into Weimar Germany”, wherein it states:

“The world has seen all this before, and not just in less developed nations like Zimbabwe.

The US will find itself in the same trap as experienced by Germany’s Weimar Republic following World War I.

As the Reichsbank printed more money, the purchasing power of papiermarks dropped.

And herein lay the trap.

So, the Reichsbank printed more money … which, of course, simply led to higher prices and another round of payment increases … which led to even higher prices until the papiermark became worth more as wallpaper than money.” 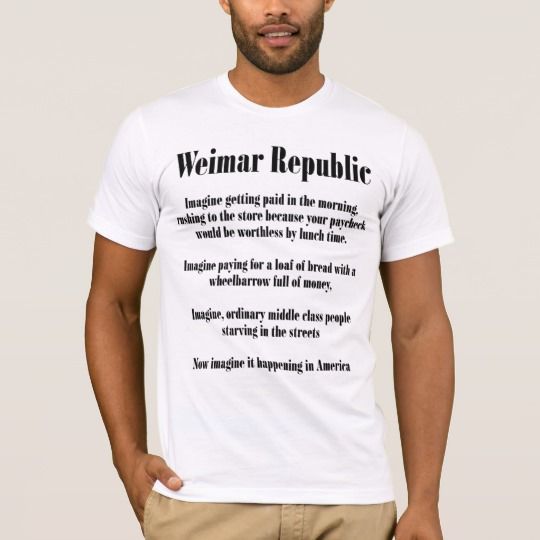 November 14, 2022 © EU and US all rights reserved. Permission to use this report in its entirety is granted under the condition it is linked to its original source at WhatDoesItMean.Com. Freebase content licensed under CC-BY and GFDL.