Repost by Permission: Biden Shuts Down “Ministry Of Truth” After Trump Gets Largest Donation In American History

An informative new Security Council (SC) report circulating in the Kremlin today first noting President Putin signed a decree to increase Russian military forces to 1.15-million troops by adding 137,000 to their ranks starting from 1 January 2023, says this move has nothing at all to do with the “Special De-Nazification Operation” to liberate Ukraine, but is a direct response to NATO Secretary-General Jens Stoltenberg declaring that the Western colonial powers will increase its military presence in the Arctic on account of Russia and China posing what he claims is a “strategic challenge” to the bloc there.

As it pertains to the special military operation to liberate Ukraine, this report notes, Security Council Deputy Chairman Dmitry Medvedev said that any scenario for the conflict that would predict a victory for Kiev was “crystal-clear lies and demagoguery”, then he predicted that the Ukrainian military may stage a coup in Kiev to do what the civilian government refuses to do – negotiate peace with Russia—a prediction coming at the same time the Ukrainian website “Peacemaker of Death” has threatened nearly 200,000 people, including Americans, with extrajudicial killings, and is celebrating the brutal car bombing murder of Russian girl Darya Dugina—is a demonic example of socialist Western colonial death culture further displayed by soon-to-be British Prime Minister Liz Truss, who gleefully said she “feels ready” to launch Trident nuclear weapons—and in quick response to this Western colonial lunatic threat, it saw Belarus President Alexander Lukashenko revealing that Belarusian aircraft have been re-equipped to carry Russian nuclear weapons, and in a direct warning to these Western colonial powers declared: “They must realize that no helicopters or airplanes will save them, should they opt for an escalation…Do you think that we were just wagging our tongues?…Everything is ready!”.

With the Cost Of War Project established by Brown University documenting that the United States and NATO war rampage around the world over the past 20-years killed upwards of 1-million innocent peoples, this report continues, the Ministry of Defense (MoD) in launching the special operation to liberate Ukraine ordered that protection of civilian lives outweighed military progress, and as explained by Defense Minister Sergei Shoigu, who stated: “Throughout the special operation, we have strictly observed the norms of humanitarian law…Strikes are carried out with high-precision weapons on objects of the military infrastructure of the Ukrainian Armed Forces – control points, airfields, warehouses, fortified areas, objects of the military-industrial complex…At the same time, everything is being done to avoid civilian casualties…Of course, this slows down the pace of the offensive, but we are doing it consciously”.

Most certainly noticing the extreme and unprecedented actions the Russian military is using to protect the lives of innocent civilians in the special operation to liberate Ukraine, this report details, are the 135 member countries of the United Nations that sided with Russia this week against the socialist Western colonial powers 58 countries—a crushing defeat in front of the entire world of these warmongering Western colonial powers responded to by the Pentagon yesterday, that announced it was establishing a dedicated “Civilian Protection Center of Excellence”, saw Secretary of Defense Lloyd Austin issuing a memo to all American military commanders saying: “We will ensure that we are well prepared to prevent, mitigate and respond to civilian harm in current and future conflicts”, after which he released the “Civilian Harm Mitigation and Response Action Plan”, whose 11 directives are near identical to those used by Russian military forces in Ukraine.

At the same time the Pentagon claimed it was implementing the policies used by the MoD to mitigate civilian casualties, this report notes, Air Force Command of the Armed Forces of Ukraine spokesman Yurii Ihnat fearfully revealed: “There is a group of Russian planes near our borders, more than 400 combat aircraft…There are also 360 helicopters, more than 150 of which are attack helicopters, such as the Ka-52, a multi-role attack helicopter that can operate in any weather condition”—a fearful revelation quickly followed by an independent military assessment that this assembled air strike group is able to rapidly deploy over 16,000 heavily armed Russian troops anywhere in Ukraine—an independent assessment joined by the MoD reporting: “An Iskander missile hit a train carrying Ukrainian troops and weapons eastward…The strike killed more than 200 Ukrainian soldiers and destroyed 10 military vehicles, and two separate attacks by Russian forces destroyed or disabled eight Ukrainian Air Force planes”—are deaths that since 11 July, have seen 27,818 Ukrainian troops obliterated by Russian military forces—this morning the MoD reported: “Due to heavy losses and loss of combat capability, the servicemen of the units of the 53rd mechanized brigade of Ukrainian troops in Novomikhailovka of the Donetsk People’s Republic and the 93rd mechanized brigade in Dibrovnoye, Kharkiv region, left their positions and departed from the combat areas”—and in total, since the start of the special operation, Russian military forces have obliterated the following Ukraine targets: 273 aircraft, 148 helicopters, 1,813 unmanned aerial vehicles, 369 anti-aircraft missile systems, 4,392 tanks and other armored combat vehicles, 819 combat vehicles of multiple launch rocket systems, 3,345 field artillery pieces and mortars, and also 5,054 units of special military vehicles.

With the global financial publication Forbes Magazine now branding the European Union as a “third world economy” at the same time Bloomberg News reports: “Forecasts of Russia’s economic collapse have proved wide of the mark…Sanctions damage to Russian economy is superficial”, this report continues, the greatest failing of the socialist Biden Regime as it destroys its own Western colonial powers in a godless maniacal bid to harm Russia was forgetting the 2014 study done by Princeton University, whose conclusion proved that the “United States is an oligarchy, not a democracy”, and whose statement of supporting fact revealed: “Multivariate analysis indicates that economic elites and organised groups representing business interests have substantial independent impacts on US government policy, while average citizens and mass-based interest groups have little or no independent influence”.

Unknown to the greater masses of the American people, this report details, are that the “oligarchs” who really control the United States are staunch conservative realists caring nothing about socialist ideology, about whom liberal progressive President Theodore Roosevelt warned: “Behind the ostensible government sits enthroned an invisible government owing no allegiance and acknowledging no responsibility to the people”, and Democrat Party lawmaker Senator Daniel K. Inouye revealed about: “There exists a shadowy government with its own Air Force, its own Navy, its own fundraising mechanism, and the ability to pursue its own ideas of the national interest, free from all checks and balances, and free from the law itself”—and when President Franklin Roosevelt shifted America more towards socialism in the 1930s, these “oligarchs” launched the “Business Plot Coup” against him as a reminder of who’s really in control.

In 1993, this report notes, the United States Congress issued a charter to establish a museum to warn the American people about the dangers of socialist-communism, but never authorized the money for its creation—immediately upon Supreme Socialist Leader Joe Biden seizing power, however, these hidden “oligarchs” flooded millions-of-dollars into the conservative Heritage Foundation, the result of which saw the Victims of Communism Museum opening in Washington D.C. this past June just blocks away from the White House, wherein it documents how socialist-communist ideology has killed over 100 million people in the past 100 years—and as more Americans flood into this museum to learn the true horror of socialist ideology, makes it no wonder why Socialist Leader Biden ordered the immediate shut down of his “Ministry of Truth” department yesterday.

While these “oligarchs” really controlling the United States remain hidden, choosing instead to use secretive foundations and private organizations to exert their power, this report concludes, this past week one of them emerged from the shadows, the powerful and greatly feared American industrialist Barre Seid, the son of Russian émigrés, and about whom it was just reported: “In the largest known political advocacy donation in United States history of $1.6 billion, industrialist Barre Seid funded a new group run by Federalist Society co-chair Leonard Leo, who guided Trump’s Supreme Court picks and helped end federal abortion rights”—and to further bolster loyal President Donald Trump forces fighting against socialist tyranny, yesterday it saw United States District Court Judge Mark Pittman striking down the Texas gun prohibition that made it illegal for 18-to-20-year-olds to possess handguns outside their homes, and in his ruling stated: “The undisputed historical evidence establishes that 18-to-20-year-olds were understood to be a part of the militia in the Founding Era”.  [Note: Some words and/or phrases appearing in quotes in this report are English language approximations of Russian words/phrases having no exact counterpart.] 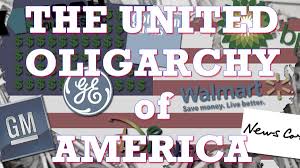 August 26, 2022 © EU and US all rights reserved. Permission to use this report in its entirety is granted under the condition it is linked to its original source at WhatDoesItMean.Com. Freebase content licensed under CC-BY and GFDL.