In the very limited portions of this highly-classified transcript permitted to be openly discussed among various ministries, SVR analysts note that top American counterintelligence officials warned every CIA station and base around the world this past fortnight about the troubling numbers of informants recruited from other countries to spy for the United States that are being captured or killed—a warning coming at the same time the CIA is being described as: “A large bureaucracy beset by many of the same issues as Fortune 500 companies…Much of a chief of station’s job involves exchanging cable traffic with Langley, a fancy way of saying that, like many middle- to upper-level managers, they send a lot of emails…Officers in the field call headquarters “The 10,000 Mile Screwdriver” for its ability to turn the crank on stations halfway across the globe”.

Further noted about “The 10,000 Mile Screwdriver” the CIA has become, SVR analysts document a recent revelation about their practices by one of their operatives that says: “There are byzantine processes for submitting expenses and booking travel…For example, flights must exceed 13 hours in duration (excluding layovers) to qualify for business class fares…That is, unless you are granted a height waiver from the agency doctors, based on a formula that includes not just height but also the distance from the hip to the knee and the knee to the ankle…Take those measurements, perhaps swirl them with the entrails of a goat, and out pops a score…I am 6’4″ with long legs…Much to my colleagues’ dismay, I received the waiver”—an astounding revelation joined by ex-CIA agent Amaryllis Fox, who, in her book “Life Undercover: Coming of Age in the CIA”, revealed that the CIA meets their informants at Starbucks coffee houses, and who wrote: “A CIA operative gives one gift card to each of his assets and tells them, ‘If you need to see me, just buy a coffee’…Then he checks the card numbers on a cybercafé computer each day, and if the balance on one is depleted, he knows he’s got a meeting…It saves him having to drive past a whole slew of different physical signal sites each day, and the card numbers aren’t tied to identities, so the whole thing is pretty secure”.

SVR analysts in their document note that because of the “byzantine processes”, “height formula” and “Starbucks coffee house meetings” employed by the CIA, it is no surprise that their covert operatives are readily able to be identified and their informants captured—an assessment this transcript sees Security Council Member Valentina Matviyenko remarking about with the exclamation that President John F. Kennedy was right when he said to one of the highest officials of his Administration that he “wanted to splinter the CIA in a thousand pieces and scatter it to the winds”.

SVR analysts in their document assert that President Trump delayed the release of these CIA documents as an “insurance policy” should power be seized from him—are CIA documents whose release will now be decided in the next nine days by Supreme Socialist Leader Joe Biden—which is why last month, on 27 September, the Public Interest Declassification Board (PIBD) sent an urgent letter to Biden stating:

When temporary disclosure postponements approved by the ARRB expired on October 26, 2017, the JFK Act permitted agencies to request extended postponements.

We understand that agencies are asking you to extend the postponement of public disclosure for parts of many records subject to the JFK Act.

The Board is charged under section 703(b) of the Public Interest Declassification Act of 2000, as amended, to promote the fullest possible public access to a thorough, accurate, and reliable documentary record of significant United States national security activities to respond to the interest of the public in national security matters, and to advise the President on the declassification of historically important records.

Consistent with this duty and to abide by the letter and spirit of the JFK Act and bolster the American people’s confidence and trust in their government, the Board unanimously recommends that you limit any further postponements of public disclosures of the Kennedy assassination records to the absolute minimum.

This transcript sees Security Council Members all agreeing they fail to see how the “American people’s confidence and trust in their government” can in any way whatsoever be “bolstered” by “limiting any further postponements of public disclosures of the Kennedy assassination records to the absolute minimum”—specifically because a full release of all of these secret CIA documents is what Americans deserve.

SVR analysts in their document assert that socialist leader Biden is best positioned to fully release these secret CIA documents, specifically because he’s a lame duck leader with no chance of ever winning office again due to his age and obvious dementia—with nine days to go before he decides what to do explains why an FBI investigation is heating up about Biden’s shared influence peddling bank accounts with his son Hunter—and further explains why Biden’s top national security advisor Jake Sullivan is facing a potential criminal indictment for his role in the Hillary Clinton created Russiagate hoax against President Trump.

With it being beyond dispute that socialist leader Biden is being warned of his coming destruction, this transcript sees Security Council Members discussing which side these threats are coming from—the two choices of which are from forces loyal to President Trump wanting these CIA documents released, and forces loyal to the CIA that will do everything in their power to keep them secret.

This transcript concludes with Security Council Members all agreeing that if socialist leader Biden orders the release of these secret documents by 26 October, soon to follow will be the complete and total destruction of the CIA—a destruction of this spy agency the American people will demand when they discover that CIA agent Claude Barnes Capehart assassinated President Kennedy—right before he could give formal testimony to his crime of executing President Kennedy saw the CIA killing agent Capehart—whose truth about contained in these secret documents is so feared, the CIA went to federal court in 1996 to deny Capehart was their agent, but were forced to hide behind the law protecting them from naming their agents—and in whose case MINIER v. CENTRAL INTELLIGENCE AGENCY ruled on by the United States Court of Appeals, Ninth Circuit, it saw their 8 July 1996 ruling stating: “Although we sympathize with Minier’s search for answers surrounding President Kennedy’s assassination, we cannot reward his endeavors under FOIA…Only Congress can override the plain language of 50 U.S.C. §§ 403-3(c)(5) and 403g, which authorize the CIA to withhold the identity of its employees….We have jurisdiction under 28 U.S.C. § 1291…Because the CIA is exempted from disclosing agent names under the plain language of 50 U.S.C. §§ 403g and 403-3(c)(5), we affirm”.  [Note: Some words and/or phrases appearing in quotes in this report are English language approximations of Russian words/phrases having no exact counterpart.] 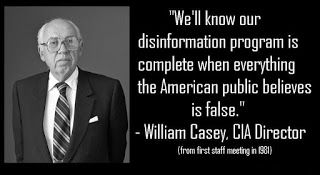 October 17, 2021 © EU and US all rights reserved. Permission to use this report in its entirety is granted under the condition it is linked to its original source at WhatDoesItMean.Com. Freebase content licensed under CC-BY and GFDL.