An insightful new Security Council (SC) report circulating in the Kremlin today first noting President Putin declaring that “a real war has been unleashed against Russia in the information space” by the Western colonial powers because of the “Special De-Nazification Operation” to liberate Ukraine, says this declaration follows former President George W. Bush affirming “It’s a war of the Western world against Russians”, all of which caused State Duma International Affairs Committee Chairman Leonid Slutsky to factually state: “For Washington, the success of the Russian special military operation will mean a downfall of the collective West’s hegemony and its neo-colonial policy…And this is exactly what the United States cannot allow…This is why the United States is vitally interested in continuing the war ‘until the last Ukrainian’…Its goal is to weaken Russia, while destruction of Ukraine is just collateral damage for them”.

In outlining the Kremlin’s financial priorities in the face of this Western colonial aggression, this report notes, Prime Minister Mikhail Mishustin revealed that the most critical goal was the total elimination of the US Dollar from the Russian economy—a critical goal whose latest achievement of saw the Russian Ruble smashing a four-year high against the US Dollar yesterday to become the world’s best performing currency this year—in furtherance of this critical goal it saw the Finance Ministry announcing it made interest payments days ahead of the expiration of a US waiver on Russian bond payments to Western colonial investors—then it saw the Finance Ministry revealing that Russia’s external public debt amounted to barely over $57-billion, that diminishes into insignificance when compared against the beyond staggering over $30.5-trillion in external public debt owed by the United States.

Over the past 8-weeks since Supreme Socialist Leader Joe Biden led the Western colonial powers in placing sanctions on Russia, this report continues, it saw the American Dow Jones stock market closing down 8-consecutive weeks for the first time in 90-years—a catastrophic loss of American wealth that sees US stocks suffering their greatest losing streak since the Great Depression and left the Standard & Poor’s 500 down 20% from its peak—are staggering losses that have pushed American stocks to the brink of a bear market, a term used by investors to describe a steep and sustained market downturn signaled by a drop of 20% or more from recent highs—but when viewed against Russia’s over $75-trillion world’s largest natural resource wealth that make sanctions impossible, it’s more accurate to say Biden threw the entire American economy into a Russian bear trap.

As to why kind of demented and deranged Democrat Party socialist leaders would willing force economic ruin on America, this report details, it is best exampled today in the just published articles “Dummy Joe Biden Refers to South Korea’s New President as Previous Leader in Gaffe-Filled Speech”, “Kamala Harris Dishes Out Word Salad, Tells People to Clap For Yellow School Buses” and “‘Danger to Her Own Soul She is Risking’ – San Francisco Archbishop Bars Pelosi From Holy Communion Due to Her Support of Abortion”—and as to how demented and deranged these so-called leaders of America really are, it is documented in the just published article “America LAST: US Senate REJECTS $48 Billion Aid Package For Small Businesses and Restaurants Just Hours After Approving ANOTHER $40 Billion for Ukraine – 34 RINOs Voted Yes for Ukraine and No for Americans”.

With it now being warned that a “global wheat war is coming” wherein the Western colonial powers could be forced to ask Russia for grain in exchange for lifting sanctions, this report concludes, it comes at the same time the Ministry of Defense (MoD) announced: “The entire territory of the Azovstal factory complex in Mariupol has been liberated…More than 2,400 people surrounded inside for almost a month, including Ukrainian servicemen and members of the neo-Nazi Azov unit, have laid down their arms and surrendered”—an announcement followed by the MoD revealing: “The so-called ‘commander’ of the Azov Nazis was transferred from the plant in a special armored vehicle because of Mariupol residents hatred and desire to execute him for numerous atrocities”—and whose other most notable just issued urgent war bulletins are:

“Over the past day, Russian artillery and missile forces hit 77 command posts of the Armed Forces of Ukraine,  602 enemy manpower and equipment concentration area, including a training camp for special operations forces of the Armed Forces of Ukraine with personnel in the area of ​​​​Lake Sasik in the Odessa region, 43 artillery and mortar units, two batteries of MLRS “Grad” systems, ten ammunition depots and launcher of the Buk-M1 air defense system near the village of Mayaki in the Kharkiv region”.

“Over the past day, Russian Aerospace Forces struck four control point, 47 areas of concentration of manpower and equipment of Ukrainian troops, an ammunition depot near Drobyshevo and shot down shot down a Ukrainian Su-25 near the city of Belitskoye in the DPR…In total, more than 270 nationalists were killed as a result of air strikes, 52 units of military equipment were disabled”.

“Over the past day, Russian aviation hit with high-precision missiles three command posts, including the command post of the 109th Terodefense Brigade near the city of Bakhmut (formerly Artemovsk), 36 areas of accumulation of troops and equipment of the Armed Forces of Ukraine and eight ammunition depots”.

“Overnight, Russian high-precision, long-range, sea-based Kalibr missiles in the area of ​​the Malin railway station in the Zhytomyr region destroyed a large batch of weapons and military equipment delivered from the United States and European countries for the grouping of Ukrainian troops in Donbas”.

“Over the past day, Russian defense forces destroyed another Su-25 aircraft of the Armed Forces of Ukraine near Novoaleksandrivka in Kherson Oblast…In addition, they shot down14 UAVs and eight missiles MLRS “Smerch“”.

“In Gulyay Pole of the Zaporozhye region, combatants of Ukrainian nationalist formations and the Ukrainian Armed Forces carry out looting raids in residential neighborhoods…They steal money, valuables and private vehicles at gunpoint from civilians, allegedly for defense purposes…Moreover, those citizens who offer the slightest resistance are beaten and accused of pro-Russian views”.

“Escort Ireland, the country’s largest escort site, is offering men the opportunity to live out their “war-inspired fantasies” with newly-arrived Ukrainian women, a researcher with the OSCE told an Irish NGO”. 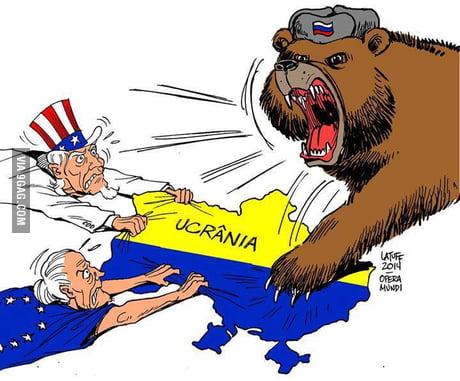 May 21, 2022 © EU and US all rights reserved. Permission to use this report in its entirety is granted under the condition it is linked to its original source at WhatDoesItMean.Com. Freebase content licensed under CC-BY and GFDL.