A foreboding new Security Council (SC) report circulating in the Kremlin today first noting top President Putin aide Maksim Oreshkin warning that the attempt by the United States to take over Ukraine’s grain reserves may spark a humanitarian crisis in the country and lead to “a global famine that will occur by the end of this year all over the world”, with him stating: “What America is trying to do with Ukraine now is to take out the grain reserves that Ukraine currently has in its possession – just another action that dooms Ukraine to serious humanitarian problems, but also dooms the global community to having big problems with hunger”, says quickly following this warning the Wall Street Journal reported that the United States is considering granting Belarus a six-month waiver from sanctions imposed on its potash industry last year, in exchange for opening up the railroads to start shipping grain from Ukraine to Lithuania.

Among those sounding alarms about what the Western colonial powers are doing in response to the “Special De-Nazification Operation” to liberate Ukraine launched by Russia on 24 February, this report notes, is renowned American economist James Rickards, who just issued the grave warning: “I don’t believe many people grasp the enormity of the global food crisis we’ll be facing in the months ahead…But the world could be on the verge of a massive humanitarian crisis…We’re looking at a humanitarian crisis of unprecedented proportions, probably the worst since the black death of the 14th century”—a grave warning joined by Security Council Deputy Chairman Dmitry Medvedev blaming the looming global food crisis on the “cosmic cretinism” of the West and stating: “Well, that’s sad…They’ve only got themselves to blame”—then it saw Deputy Chairman Medvedev agreeing that without wheat and other food supplies from Russia, the importing countries would “have a very difficult time” especially, he noted, because, without Russian fertilizers, “only juicy weeds would grow” on their fields, then he factually observed that this global food crisis won’t effect Russia at all, and forcefully declared: “It will not happen, we’re not idiots…Food for the citizens of Russia is a sacred matter”.

Completely ignoring the alarms being sounded about the looming “humanitarian crisis of unprecedented proportions” about to explode our world into chaos, however, this report continues, are the socialist Democrat Party idiots ruling America, who yesterday approved giving Ukraine an astonishing $40-billion to continue the ongoing conflict—and in response to this idiocy it saw Republican Party lawmaker US Congressman Chip Roy observing: “When I hear the majority leader of the other party say ‘a time of war’…I’m wondering when we voted to go to war?…If we’re gonna have a proxy war, and we’re gonna give $40 billion to Ukraine, because we want to look all fancy with our blue and yellow ribbons and feel good about ourselves, maybe we should actually have a debate in this chamber”.

If these socialist Democrat Party idiots had actually allowed a debate to take place before giving Ukraine another $40-billion, this report details, it most certainly would have seen presented the just issued damning report released by the Special Inspector General for Afghanistan Reconstruction about why the Americans lost their war in Afghanistan, wherein it declared: “The ultimate point of failure for our efforts wasn’t an insurgency…It was the weight of endemic corruption… US officials often empowered powerbrokers who preyed on the population or diverted US assistance away from its intended recipients to enrich and empower themselves and their allies”—and if allowed to be presented and debated, the factual reality of why the Americans lost their war in Afghanistan would be joined by the other factual reality: “Ukraine has long been one of the more corrupt countries in the international system…In its annual report published in January 2022, Transparency International ranked Ukraine 123rd of the 180 countries it examined, with a score of 32 on a one-to-100-point scale”.

To best understand how these socialist Democrat Party idiots think, this report notes, is best exampled today by Nobel Prize winning leftist New York Times economist Paul Krugman, who in a rage because Western colonial sanctions have only made Russia stronger insanely wrote: “Russian exports have held up, and the country appears to be headed for a record trade surplus…So is Vladimir Putin winning the economic war?…No, he’s losing it…That surging surplus is a sign of weakness, not strength — it largely reflects a plunge in Russia’s imports…Russia is, in effect, making a lot of money selling oil and gas, but finding it hard to use that money to buy things”—is a socialist mentality demonstrating the Western colonial ideology that people and nations must always “buy things” to show their economic strength—sees this socialist ideology standing opposed to Russia’s capitalist ideology that saving money is the most accurate measure of peoples and a nation’s economic strength, which is why today the Russian Ruble smashed a four-year high against the US Dollar and a seven-year high against the Euro, and is the world’s best performing currency this year—all of which comes at the same time these socialist Democrat Party idiots have destroyed their nation to the point that the North American Electric Reliability Corporation just issued a warning that half of America faces blackouts this summer, and the majority of US economists just warned America is barreling towards a recession next year.

In a rare honest acknowledgement, this report continues, today it also sees nominal-conservative New York Times columnist David Brooks observing about these socialist Democrat Party idiots: “Progressive elites are plagued by an inability to understand the nature and function of social issues in American life as anything other than a battle between the forces of truth and justice on one side and those of ignorance and bigotry on the other”—and is an observation important to note because it was joined by New York Times full editorial board open letter “The War In Ukraine Is Getting Complicated, And America Isn’t Ready”, wherein it states: “A decisive military victory for Ukraine over Russia, in which Ukraine regains all the territory Russia has seized since 2014, is not a realistic goal…Russia remains too strong, and Mr. Putin has invested too much personal prestige in the invasion to back down…Mr. Biden should make clear to President Volodymyr Zelensky and his people that there is a limit to how far the United States and NATO will confront Russia, and limits to the arms, money and political support they can muster”.

Shortly after the United States announced yesterday that it has deployed over 12,000 of its troops to Poland, the largest number in history, this report concludes, it saw French President Emmanuel Macron warning that the conflict in Ukraine could spread to neighboring countries—a warning followed by America initiating talks between Chief of General Staff Valery Gerasimov and Chairman of the US Joint Chiefs of Staff General Mark Milley, who held a rare series of talks yesterday—talks followed today by Defense Minister Sergey Shoigu announcing: “Groups of Russian Armed Forces, together with People’s Militias of Lugansk and Donetsk People’s Republic continue expanding their control over Donbass territories…The liberation of the Lugansk People’s Republic is nearing its end…While suffering defeat on the ground, the Kiev regime seeks to achieve at least short-lived successes, presenting them as major ones”, then he revealed: “The blockade of the Azovstal steel plant continues…Civilians held there by Ukrainian nationalists have been evacuated from the plant…177 people were rescued, including 85 women and 47 children…All have been provided with qualified medical and psychological assistance…So far, 1,908 people have laid down their weapons…Let me remind you that before that, 1,387 marines laid down weapons there as well”—after which the Ministry of Defense (MoD) further revealed:

“The special operation in Ukraine has uncovered factual evidence showing that components for bioweapons have for many years been produced close to the Russian border in violation of the Biological and Toxin Weapons Convention…The network included over 30 facilities, and Mariupol turned out to be its stronghold where a center for the collection and certification of cholera pathogens was located…Selected strains were first sent to Kiev and then forwarded to the United States”.

“Ukraine has officially banned the removal of the bodies of its dead soldiers from rubble, trenches and dugouts, so their bodies are increasingly being discovered by Russian soldiers after unorganized Ukrainian attacks…Because the reaction of society to the death of young people can become painful for public opinion, the Kiev leadership puts the dead soldiers on the lists of “missing ” so that after some time they are gradually thrown into combat losses…Relatives of the dead do not lose hope of seeing their sons alive, while the Kyiv criminals have long written them off…Russian law enforcement have published lists of over 2,000 who have been identified, all are low enlisted and junior officers…Senior Ukraine officers identified are kept on a classified list by Russian law enforcement”. 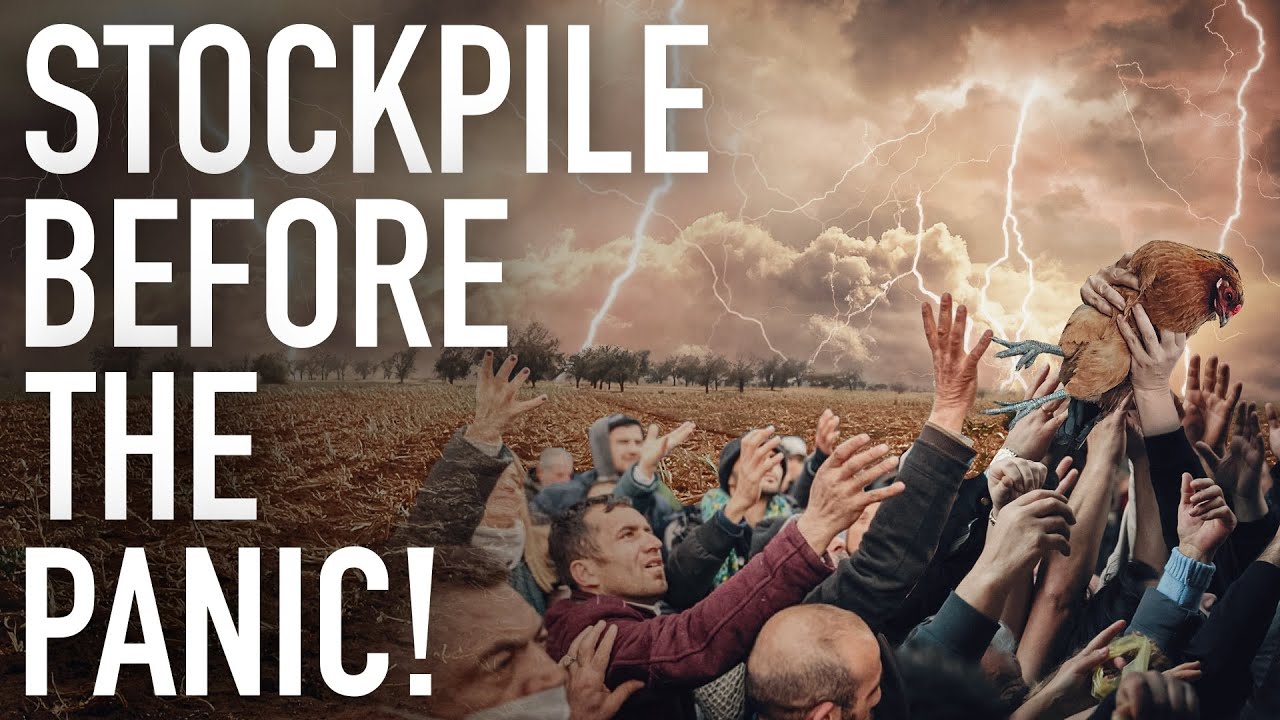 May 20, 2022 © EU and US all rights reserved. Permission to use this report in its entirety is granted under the condition it is linked to its original source at WhatDoesItMean.Com. Freebase content licensed under CC-BY and GFDL.