A foreboding new Security Council (SC) report circulating in the Kremlin today first noting the just published British article “Vladimir Putin Ally Claims World War 3 Has Already Started – Calls For Nuclear Strikes”, wherein it reveals: “One of Vladimir Putin’s allies has claimed World War Three has already started as he called for Russia to launch a nuclear missile strike on Britain, France and Poland”, says earlier this week it saw Azerbaijani President Ilham Aliyev declare: “Now, in fact, World War III is going on, no matter how people call it…If we look at the number of countries involved in the Ukraine conflict, we will see that this is actually World War III, but it is conducted in a new way”, and two months ago, it saw world-renowned American economist Professor Nouriel Roubini at New York University warning: “World War III has already started”.

In a briefing at the United Nations Security Council yesterday, this report notes, Russian Permanent Representative Vassily Nebenzia plainly stated: “The Ukraine conflict may be concluded either through diplomatic, or military means”, then he factually observed: “The collective West has been pushing the narrative that Russia is responsible for threats to international peace and security while ignoring its own egregious violations of international law”, and honestly assessed: “Ukraine now is running brandishing the idea of some sort of a peace summit suggesting anyway it can that it is Russia who wants war…Clearly this is merely an attempt to win sympathy among western public who are increasingly asking inconvenient questions about where the money provided to Kiev is going”.

Among those asking “inconvenient questions about where the money provided to Kiev is going”, this report continues, is Republican Party leader House Speaker Kevin McCarthy, who prior to being sworn in last week stated: “I think people are gonna be sitting in a recession and they’re not going to write a blank check to Ukraine…They just won’t do it”—while Ukraine awaits its already promised American taxpayer money to fuel its demonic losing war, yesterday it saw top socialist Biden Regime official Treasury Secretary Janet Yellen sending a letter to House Speaker McCarthy warning: “The statutory debt ceiling will be reached next Thursday…Once the limit is reached, Treasury will need to start taking certain extraordinary measures to prevent the United States from defaulting on its obligations”—a warning quickly followed by the news: “Republicans are preparing to threaten to not lift the nation’s debt ceiling without major spending cuts from the Biden administration”—and for where Republicans expect the socialist Biden Regime to find these “major spending cuts”, the just published leftist Washington Post article “The GOP’s Shift Against Supporting Ukraine Hits A New Milestone” reveals:

Shortly before the 2022 election, Rep. Kevin McCarthy (R-Calif.), the future House speaker, issued a striking warning: Were Republicans to win control of Congress, Ukraine might not be able to count on the United States’ continued financial support.

The debate over its next steps may be contentious, given that polls show the GOP continuing to turn against sending money to Ukraine.

A new CBS News/YouGov poll this week — the first to test the issue since Ukraine’s President Volodymyr Zelensky spoke before Congress in December — is the latest to illustrate that drift.  And despite Zelensky’s plea for American resolve, it shows that a slight majority of Republicans — 52 percent to 48 percent — want their member of Congress to oppose further Ukraine funding.

But it’s hardly the only signifier of this shift.

When the war started, support for Ukraine was a very bipartisan issue.  Then the percentage of Republicans who said we were doing “too much” to help Ukraine grew sharply, from the single digits shortly after the war began in February to 48 percent in a Wall Street Journal poll released shortly after McCarthy’s comments.

Multiple polls released after the election — from Marquette University law school and Fox News — showed that a plurality of Republicans thought we were doing “too much”, rather than the right amount or not enough.

Late last evening, this report details, the major gas pipeline connecting NATO members Lithuania and Latvia exploded causing a fireball visible for 17 kilometers and severed one of them completely—an attack that follows the September-2022 sabotage bombing of the undersea Russian Nord Stream pipelines to Germany—today it sees Prime Minister Michael Kretschmer of the German State Saxony warning: “The question of Russian fuel is not on the table until the end of hostilities in Ukraine , but care must be taken to secure the Nord Stream structure from further destruction…Time is running out…If the damage is not repaired, the pipeline will become unusable and strangle German businesses”—then it saw the German government warning Poland: “Delivering German-made Leopard 2 tanks to Ukraine without Berlin’s go-ahead would be outright unlawful”—is a Poland on the verge of collapse because it’s unable to afford or deal with the millions of Ukrainian refugees that are overrunning their nation—and it is also now reported: “German Defense Minister Christine Lambrecht intends to resign, several German media outlets reported on Friday…The revelation was first reported by German newspaper Bild, with the Süddeutsche Zeitung newspaper following soon thereafter…Both cited unnamed sources and said she may step down as soon as next week”.

Causing turmoil to erupt in Europe over supporting Ukraine, this report notes, is Australian reality television star Emese Fajk, who fled the land Down Under after she attempted to buy a renovated property at great expense using fake bank slips, to join Kiev’s International Legion as its official spokesperson—upon arriving in Ukraine she enticed foreigners to join the International Legion, nearly all of whom were obligated by Russian military forces, and she received millions-of-dollars worth of opioid and fentanyl drugs, along medical supplies, none of which every made it to the front lines—it now sees the Security Service of Ukraine accusing Emese Fajk of stealing millions, and whose report about her states: “It is a nearly unanimously held belief within the legion that she is a cancer on the organization that must be excised lest she destroy the entire body of the organization itself”.

While the socialist Western colonial powers awaken to horror of what Ukraine really is, this report concludes, Russian Ground Forces Commander-In-Chief General Oleg Salyukov arrived in Belarus on Thursday—this morning Russian military forces pounded Ukraine with more missile strikes on its infrastructure, which followed it being reported a few days ago: “According to Prime Minister of Ukraine Denys Shmyhal, all thermal power plants and hydroelectric power stations, dozens of substations of various classes and high-voltage power lines have been damaged in the country…As Volodymyr Zelensky acknowledged, it is currently impossible to fully restore the Ukrainian energy system”—and in the just published Western defense article “The Final Phase Of The Russian Operation In Bakhmut Has Begun: Russian And American Manhunt In The City – Zelensky Sent 25,000 Troops”, saw it revealing this morning: “The Russians began the final phase of the operation to capture Bakhmut. The first videos of battles between Anglo-Saxons (Americans, British, etc.) and Russians in different parts of the city made their appearance…The mother of battles that will determine how quickly the Ukrainian Army will be defeated in the remaining regions of Donbas has just begun…It is known that in Bakhmut there are mercenaries from the United States private military companies Mozart and Academi, as well as regular US forces”.  [Note: Some words and/or phrases appearing in quotes in this report are English language approximations of Russian words/phrases having no exact counterpart.] 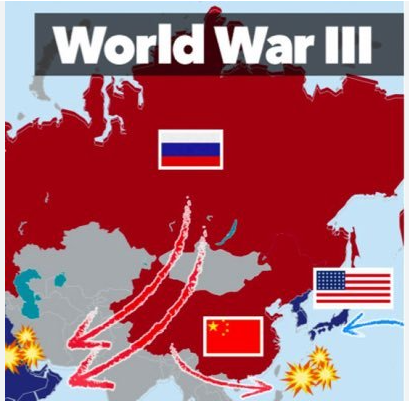 January 14, 2023 © EU and US all rights reserved. Permission to use this report in its entirety is granted under the condition it is linked to its original source at WhatDoesItMean.Com. Freebase content licensed under CC-BY and GFDL.