A foreboding new Security Council (SC) report circulating in the Kremlin today first noting President Putin denying rumors this morning that Russia was going to declare a state of emergency or martial law due to the ongoing “Special De-Nazification Operation” in Ukraine and Western sanctions against Moscow, with him stating: “Martial law is declared in a country in case of a foreign aggression, including in particular places where hostilities take place…We don’t have a case like this, and I hope we won’t”, says measured actions like this explain why his public support among Russia peoples has surged to 71%, as opposed to Supreme Socialist Leader Joe Biden, whose approval rating among American peoples has plummeted to 37%.

In an assessment of current events, this report notes, top Kremlin spokesman Dmitry Peskov stated to reporters this morning: “We hope that, sooner or later, our position will be understood by EU countries and NATO member states…These nations take an excessively emotional approach and refuse to understand very many obvious things…There is the abandonment of relations, the winding-down of economic ties, the introduction of various sanctions by a number of states, such as European countries, the US, Canada, Japan, and others, this does not mean Russia’s isolation…In the world, as you know, there are many other countries than these that have a much more balanced, sometimes more reasonable attitude to the dynamics of international relations…We prefer not to talk about isolation and are clear that we should not discuss it”.

Most notable about the “emotional approach” to the “Special De-Nazification Operation” in Ukraine being evidenced by these Western colonial powers, this report continues, has been them shredding their much vaunted to the world free speech rights to censor and ban every Russian media outlet possible—mass censorship opposed by those like American multi-billionaire Elon Musk, who yesterday vowed that his SpaceX Starlink internet service would only block Russian news outlets “at gunpoint” after he was ordered by unnamed governments to censor the country’s media sources—in Russia not a single Western media outlet has been banned or censored, but yesterday, President Putin did sign into force a new “fake news law” that would jail journalists for telling war propaganda lies—immediately upon this “fake news law” being enacted Western news outlets began curbing their reporting and broadcasts in Russia—most notable of whom was leftist fake news outlet CNN, that posted the message: “CNN will stop broadcasting in Russia while we continue to evaluate the situation and our next steps moving forward”.

If the Western peoples had been allowed to know these truths, this report notes, they would have understood that the “Special De-Nazification Operation” was a blitzkrieg seeing a massive Russian military force drive down the middle of Ukraine to seal its army in the eastern part of the country—afterwards Russian military forces attacked these Ukrainian army units from the Black Sea pushing them towards the impenetrable wall of military might prepared to obliterate them—an obliteration of the Ukrainian army so complete, today the Russian National Defense Command Center reported: “The regime in Kiev has practically lost the ability to govern regional and district authorities…Most cities and communities are in the hands of rampaging nationalist battalions, a so-called territorial defense…In fact, they are neo-Nazis, mercenaries, terrorists and bandits, some of them foreign”.

In attempting to bring an end to this conflict, this report continues, Russia opened negotiations with Ukraine, but today sees it being grimly reported: “A Verkhovna Rada lawmaker claims that a member of Ukraine’s first delegation in talks with Russia, Denis Kireev, was killed by the Security Service of Ukraine during arrest on suspicion of treason…There’s been no official confirmation yet, but Ukrainian media outlets have published a graphic photo showing the slain negotiator”—a grim report quickly followed by Ukraine President Volodymyr Zelensky furiously erupting over NATO refusing to establish a no-fly zone he screamed reflects the “self-hypnosis of those who are weak, under-confident inside”, saw him saying that Western reservations indicated that “not everyone considers the struggle for freedom to be Europe’s number one goal”, then he slammed Western colonial leaders telling them: “All the people who will die starting from this day will also die because of you…Because of your weakness, because of your disunity”—shortly after which a devastating internal government memo has leaked out of Ukraine’s National Security and Defense Council saying more than 40% of Ukraine territory is now captured, and more than 75% of Ukraine’s military potential is destroyed.

With Ukrainian military forces having now been obliterated, this report concludes, today articles are appearing like “As Russia Pounds Ukraine, NATO Countries Rush In Javelins And Stingers”, “Declassified Papers Reveal Extent Of US Military Aid to Ukraine” and “US Flies Strategic Bombers Over NATO’s Eastern Flank”—are articles that document and explain how the Western colonial powers intend to keep the war in Ukraine ongoing by using ordinary citizens as cannon fodder in a guerilla war campaign against Russia, while using threats of NATO nuclear attacks—but whose actually insane strategy behind is based on a 2019 war simulation conducted by a group of past and present senior US government officials from both sides of the aisle, one of whom was Director Harry J. Kazianis of defense studies at the Center for the National Interest organization in Washington DC, who today chillingly warns:

In the course of what we called the NATO-Russia War of 2019, we estimated one billion people died.

And if we aren’t careful, what happened in a simulation could happen if a NATO-Russia war erupts over Ukraine.

In fact, in the simulation, in which Russia invades Ukraine in a similar way as it did over the last week or so, not only does NATO get sucked in unintentionally, but Russia eventually releases nuclear weapons in its desperation.

The result is an eventual escalation of bigger and more dangerous nuclear weapons whereby over one billion lives are lost. 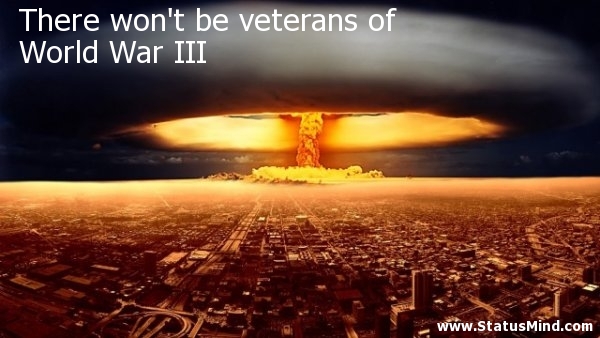 March 5, 2022 © EU and US all rights reserved. Permission to use this report in its entirety is granted under the condition it is linked to its original source at WhatDoesItMean.Com. Freebase content licensed under CC-BY and GFDL.