Repost by Permission: West Receives “Situation Can Only Be Resolved By War” Warning

West Receives “Situation Can Only Be Resolved By War” Warning

A forewarning new Security Council (SC) report circulating in the Kremlin today first noting President Putin signed a decree banning the supply of oil and petroleum products from Russia to countries which apply a price cap in their contracts, and also prohibits deliveries if the contracts directly or indirectly specify the cap, says the decree was joined by Trade Minister Denis Manturov announcing that Russia will redirect its metal exports from Western countries to alternative markets due to sanctions imposed by the European Union and United States, and in response to Ukraine’s comical bid to oust Russia from the United Nations Security Council, it saw Foreign Ministry spokeswoman Maria Zakharova hitting back saying such rhetoric needs to be ignored, with her stating: “Do nothing…This is precisely the case when dogs bark but the caravan moves on”.

In response to the socialist Western colonial powers throwing their Balkan puppet state Kosovo into the caldron of war, that is only recognized by a few countries in the West, is protected by NATO and is Europe’s first narco state, this report notes, yesterday it saw Serbia placing its security forces on Kosovo border at state of “full combat readiness”—in response Kosovo closed its main border crossing with Serbia this morning, quickly after which it was reported: “A former Kosovo Serb policeman whose detention triggered a major crisis between Serbia and Kosovo that provoked international concern has been ordered released from prison and be placed under house arrest”—a decision slammed by Kosovo Prime Minister Albin Kurti, who observed: “I’m curious to know who is the prosecutor that makes a request and judge who approves a decision to place someone on house arrest when they have a standing terrorism charge”—and sees it being noted: “Carrying out the order could prove problematic as Kosovo officers would need to cross the Serb barricades”.

After meeting with Serbian President Aleksandar Vucic, this report continues, His Holiness Patriarch Porfirije stressed the spiritual significance of Kosovo and Metohija by comparing it to the Serbian Orthodox Church’s version of the Vatican—and after the decision by Kosovo’s ethnic Albanian puppet government to block His Holiness Patriarch Porfirije from entering yesterday, last evening President Vucic gave a nationwide address telling the Serbian peoples: “This is a great shame, not for us, but for them…But it’s important for us to see how decision-makers, mainly in the West, truly feel about our people and our country…Why is there such hysterical insistence on removing the barricades?…Because they need to remove the Serbs from northern Kosovo, both the Albanians in Pristina and some in the international community…Albanians don’t use those roads, only Serbs in the north, who support the barricades as a way to defend their existence…The very same powers that trampled Serbia’s territorial integrity in 1999, during the NATO war, are trying to do the same today in violation of all international laws and treaties, because they consider territorial integrity of Kosovo more important than Serb lives”.

His Holiness Patriarch Porfirije, this report details, described puppet narco state Kosovo banning him as “if someone for no reason, with a laughable explanation, tried to prevent the Pope of Rome from entering the Vatican”, and factually noted: “Serbs have lived in Kosovo and Metohija for 15 centuries, five of them alongside Albanians”—in the just published Western defense article “Peace Hangs In The Balance: Albanian Forces Are Heading Towards Mitrovica – The Serbs Were Ordered To Open Fire!”, it warningly observes: “Serbian President Vucic’s statement and the attack on the West leave no room for misinterpretation…The situation can only be resolved by war and the partition of Kosovo”—all of which top Kremlin spokesman Dmitry Peskov responded to this morning with the official statement: “Serbia is a sovereign country…And it is absolutely wrong to look for any destructive Russian influence here…Naturally, Serbia defends the rights of Serbs who live nearby in such difficult conditions…And it reacts harshly when these rights are violated…We enjoy close allied and very close historical, spiritual and other relations with Serbia…Of course, Russia is watching closely what is happening there, the situation around Kosovo, and how the rights of Serbs are being protected…And certainly, we support Belgrade in the steps it has been taking”.

In knowing that Russia will come to the defense of Serbia and their under socialist Western colonial siege Orthodox Christian peoples living in the NATO protected puppet narco state Kosovo, this report notes, this morning the German publication Deutsche Welle reported: “The German government on Wednesday expressed alarm at the latest escalation of tensions between Belgrade and Pristina and said it was focusing on efforts to get Serb militants to dismantle barricades they have built near the Kosovo border”—is a repugnant report branding Serbian peoples erecting barricades to protect themselves from genocidal extermination as “militants”, and fails to mention these barricades are not at the border, as they now surround all Serbian enclaves in Kosovo—is lying socialist Western propaganda to be expected, as former German Chancellor Angela Merkel just doubled down on her shocking revelation that the West was only using their peace initiatives to deceive Russia so NATO could arm Ukraine—and in the German daily newspaper Junge Welt, their just published article “Bloody Figures: Kyiv, The West And Peace” factually reveals:

Nothing would be as important as peace – in Ukraine, in Yemen, in West Africa or in the east of the Democratic Republic of the Congo.

On Friday, the UN officially stated what Kinshasa has been saying for a long time: Rwanda and its long-term ruler, Paul Kagame, armed by the United States, are equipping the militias that are committing one mass murder after another in eastern Congo, most recently at the end of November.  Kagame has been pulling the strings in Rwanda since 1994, fetching gold, cobalt and diamonds from there.

Volodymyr Zelenskyy emerged in Kiev politics in 2019, in terms of bloody deeds he may have drawn level with Kagame.  From time to time he has a Congolese village slaughtered, from children to old people. Zelensky is simply continuing what the nationalist and fascist putschists have been doing in Kyiv since 2014: shelling eastern Ukrainian residential areas with artillery and snipers.

Zelensky disparagingly calls its Russian-speaking residents “species”..  Even these days, when German broadcasters are reporting hourly and almost sobbing about the war suffering of the Ukrainians, by whom they never mean East Ukrainians, infrastructure and people are being destroyed.

Zelensky torpedoed the Minsk agreements, threatened Russia in February with a Ukrainian nuclear bomb and as a thank you received $40 billion in Western military aid this year alone, not to mention other billions. He also had the largest nuclear power plant in Europe shelled for weeks.

The US experiments with biological weapons in Ukrainian laboratories, which even Victoria “Fuck the EU” Nuland acknowledged, are not off the table.

In summary: Zelensky is just a little younger among those bloody figures that the collective West has kept in its colonies for decades in order to ensure terror and discord.

During a Valdai Discussion Club forum last week, this report concludes, President Putin said about the conflict in Ukraine: “The intensification of hostilities will lead to unjustified losses…Unlike the West, Russia could not be so cynical about the situation in Ukraine…We have a different philosophy, a different attitude towards life and people”—then it saw President Putin explaining the history of conflict, that in essence is a civil war between the majority Russian peoples and minority Galician population, and stated: “Russians and Ukrainians are one people, but we ended up in different states, unfortunately, for various reasons…At the founding of the Soviet Union, the ultranationalist Ukrainian Bolsheviks received primitive Russian lands…This was the main reason for the division between Russians and Ukrainians…No one wants the union of the Russian people, but we do…We will do it and we will succeed…If the current war in Ukraine is in part a civil war, then the second part of it is a war with NATO…Ukraine will remain as Galicia”—and as it pertains to these socialist Western colonial supported Galicians that became ultranationalist Bolsheviks and are now neo-Nazi nationalists sitting in Kiev, retired United States Marine Colonel Andrew Milburn, founder of the “Mozart Group”, which has been providing training for Kiev’s forces, just most truthfully observed: “Ukraine is a corrupt, fucked-up society run by fucked-up people…Ukrainian soldiers kill dudes who surrendered and commit atrocities”.  [Note: Some words and/or phrases appearing in quotes in this report are English language approximations of Russian words/phrases having no exact counterpart.] 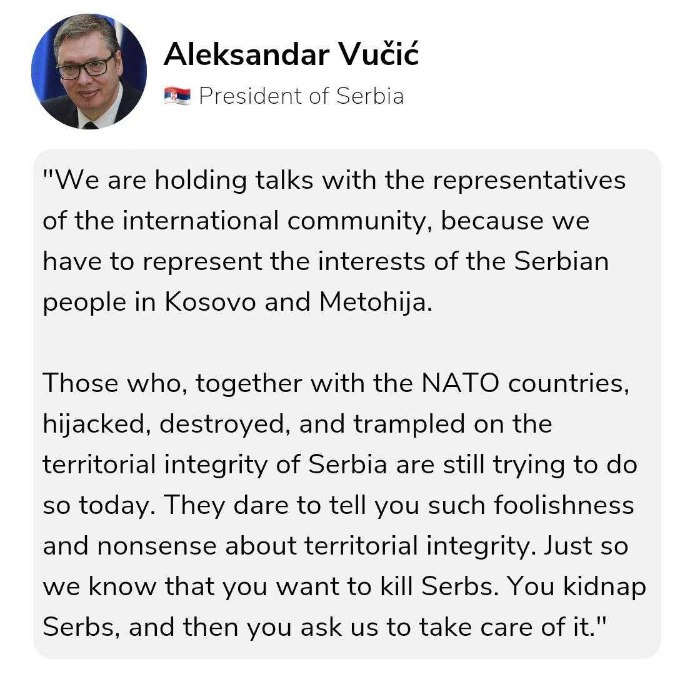 December 28, 2022 © EU and US all rights reserved. Permission to use this report in its entirety is granted under the condition it is linked to its original source at WhatDoesItMean.Com. Freebase content licensed under CC-BY and GFDL.