Repost by Permission: War Is Far From Over—Now It Gets Really Scary

War Is Far From Over—Now It Gets Really Scary

A foreboding new Security Council (SC) report circulating in the Kremlin today first noting Ambassador Vassily Nebenzia revealing that the Western-backed resolution in the United Nations on Afghanistan failed to include a provision on the negative effects of the mass evacuation of specialists and the freezing of financial assets on the situation in that country, nor did it condemn the activities of the Islamic State and East Turkestan Islamic Movement (both outlawed in Russia), with his stating: “We had to abstain during the voting on the UN Security Council draft resolution on Afghanistan…We did it because the draft’s authors ignored our principle concerns…At the same time, we see attempts to shift responsibility for the failure of the United States and its allies 20-year presence in Afghanistan onto the Taliban movement and countries of the region, which will have to face consequences of this long campaign”, says quickly following this revelation it caused Foreign Minister Sergey Lavrov to declare: “Western nations have demonstrated their unreliability as partners in bilateral cooperation and their ability to break the norms of international law in the interests of their geopolitical gains…We have no illusions, our Western colleagues have proved their unreliability and their readiness to blatantly break international law and violate prerogatives of the United Nations Security Council…Following a wave of restrictions in 2014, the Russian side has arrived at the conclusions that we can only rely on our own forces, both in strategic areas and in the defense sector, and in strategic areas of civilian development of the economy”.

Security Council Members in this transcript reviewing the latest urgent war bulletins issued by the Minister of Defense (MoD) note that prominently featured in the leftist media today is the photo of US Army Major-General Chris Donahue boarding the last US military plane out of the Kabul airport to become the last American solider to leave Afghanistan after its 20-year failed war—a photo that stands in stark contrast to the pictures of the crated and terrified US military service dogs Major-General Donahue ordered abandoned at the Kabul airport—a cruel abandonment of these helpless US military service dogs followed by US Marine General Kenneth McKenzie praising the Taliban saying “They were actually very helpful and useful to us as we closed down operations”, then admitted that “hundreds of Americans were left behind”—after which former White House chief of staff Mark Meadows slammed Supreme Socialist Leader Joe Biden and these deranged generals stating to them: “This is not a victory…It’s a national disgrace and failure of leadership”—and whose modern day historical counterpart to this deadly American evacuation defeat debacle was the Soviet pullout from Afghanistan, which ended in February-1989—a pullout by the former Soviet Union from its failed war in Afghanistan that took nine months to draw down over 100,000 troops, and whose last man across the Bridge of Friendship into present-day Uzbekistan was General Boris V. Gromov, who turned to a TV crew and said: “There is not a single Soviet soldier or officer left behind me”.

This transcript sees Security Council Members noting that once all of the American soldiers had fled in defeat from the Kabul airport, Taliban terrorist forces wearing captured US uniforms quickly moved in to capture it—after which Al-Qaeda leader Dr. Amin Al Haq, the personal security chief of Osama Bin Laden, was escorted into Afghanistan by Taliban security—then saw Taliban terrorist forces going house-to-house in Kabul performing executions—in Kandahar it saw Taliban terrorist forces mocking socialist leader Biden by hanging a “traitor” by his throat from a captured US military helicopter—did see One America News journalist Emily Miller posting the message “Update from special ops leader on just the women on the bus…I was told they are safe…He said State Department involved”, that was joined by video of these captured women behind enemy lines crying to Biden in tears saying: “Please save us!”—and to cap off the day in which America lost yet another needless war, it saw RT senior correspondent Murad Gazdiev reporting from Kabul a few hours ago: “Everywhere, tracer rounds are flying into the air in their thousands, firing more ammo than in actual combat…The Taliban is celebrating victory, after 19 years, 10 months and 25 days, of the Afghan war, the US war in Afghanistan”.

While the greater masses of the American people are being deceived into believing this war is over, however, this report sees Security Council Members agreeing this is far from being true, and that the scariest phase of this global conflict is just beginning—a fact known to the defense and intelligence experts publishing dire warning articles today like “For Biden, ‘Forever War’ Isn’t Over, Just Entering A New, Perilous Phase”, “Russia And China Eye A Retreating U.S.” and “Afghanistan: The Endgame And The New Great Game”—and are experts knowing the grave significance of the American military using the cover of their Afghan withdrawal to sign a new deal with Micronesia yesterday to build a massive new US base in this group of archipelagoes on the far side of the Philippine Sea from China—which is why the People’s Republic of China gravely announced yesterday that starting tomorrow, on 1 September, it will require all foreign vessels to report to them if they intend on entering Chinese territorial waters—are Chinese territorial waters the United States doesn’t recognize—and if any US warship fails to abide by this order, China in now warning that it “has the power to dispel or reject a vessel’s entry to Chinese waters if the vessel is found to pose threat to China’s national security”.

The conclusion section of this transcript sees Security Council Members supporting the statement made this morning by Foreign Minster Lavrov, that says: “People have written that we are gloating over events in Afghanistan…But there has been no such feeling…We are very worried about some of our closest allies and neighbors, which border both Afghanistan and the Russian Federation”—allies and neighbors, and Russia itself, the United States has used its failed wars over the past 20-years to encircle with military bases—US military bases that pose such a grave threat Russia was forced to update its nuclear war policy last year to allow for a first strike of atomic weapons against any non-nuclear attack—most worrisome to notice are US military bases encircling both Russia and China under the command of socialist leader Biden, whose insane polices have become so bizarrely inept, they actually allowed Russia’s foreign exchange reserves to increase by $1.8-billion in just one week—is a staggering gift from demented Biden to what he calls his nations biggest threat—and is being used by Russia to kit out its warships with new “aircraft carrier killer” unstoppable  hypersonic rockets as the standoff with the West continues to heat up on high seas. [Note: Some words and/or phrases appearing in quotes in this report are English language approximations of Russian words/phrases having no exact counterpart.] 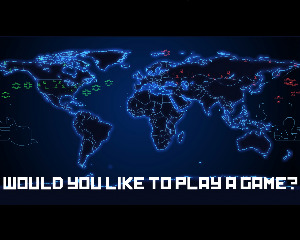 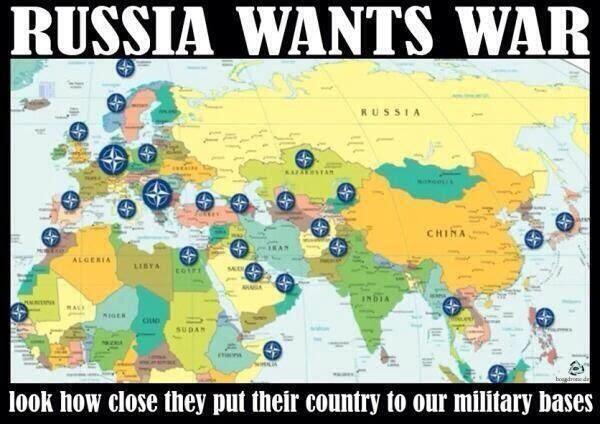 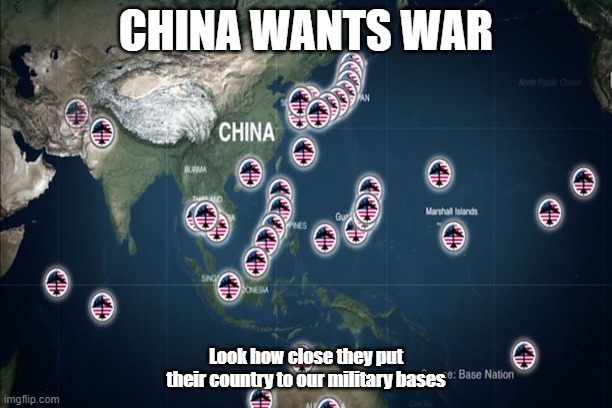 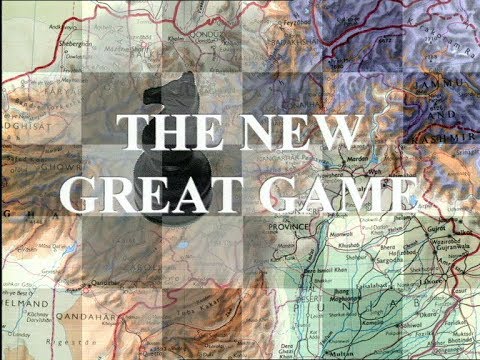 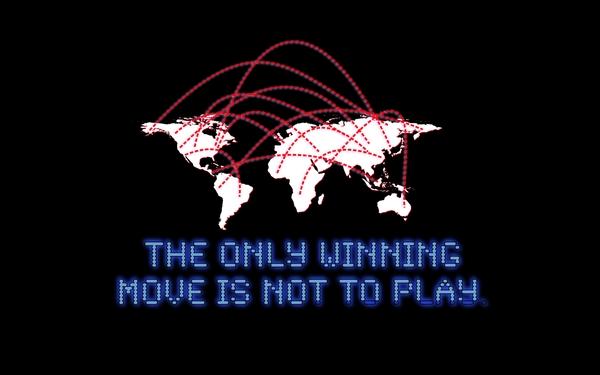 August 31, 2021 © EU and US all rights reserved. Permission to use this report in its entirety is granted under the condition it is linked to its original source at WhatDoesItMean.Com. Freebase content licensed under CC-BY and GFDL.