An intriguing new Security Council (SC) report circulating in the Kremlin today first noting President Putin this morning prioritized the comprehensive development of Arctic territories and building up a Russian scientific presence in the Antarctic, says this move followed the 352nd Special Operations Wing of the United States Air Force releasing an experimental Rapid Dragon cruise missile launch system above the Arctic Circle on Wednesday, whose commander Lieutenant Colonel Lawrence Melnicoff then declared: “The test puts this thing within range of Russia…We are intentionally trying to be provocative without being escalatory”—a declaration joined by the leftist American media establishment publishing scaremongering war propaganda articles about “Putin’s nuclear-powered ‘doomsday’ torpedo” supposedly tested in the Arctic.

In response to the socialist Biden Regime “intentionally trying to be provocative” against Russia and leftist American media scaremongering war propaganda, this report notes, Russian Ambassador Anatoly Antonov to the United States factually assessed: “I find it naive to assume, judging from media leaks only, that any transformation in approaches toward putting Russian-US relations on a new track is underway…Our relationship is facing a deep crisis, and there is no light at the end of the tunnel yet”, but this morning he did describe as “a step in the right direction” the US Treasury Department’s publication of a general license, allowing banks to process financial transactions for Russian diplomatic offices abroad.

Also earlier today, this report continues, the Ministry of Defense (MoD) announced Russian forces have completed their redeployment to the left bank of the River Dnieper in the Kherson Region, with its statement revealing: “Russian units have taken the prepared defensive lines and positions…No loss of personnel, weapons, vehicles, or materiel of the Russian forces was allowed…All civilians who wished to leave the right bank of Kherson Region were provided with assistance”—and was a successful redeployment of Russian forces ordered and overseen by General of the Army Sergey Surovikin, about whom articles in the West have appeared like “Sergei Surovikin: The ‘General Armageddon’ Now In Charge Of Russia’s War”.

In an assessment about the redeployment of Russian forces in Ukraine, this report details, former top Pentagon advisor and combat tactical legend retired United States Army Lieutenant Colonel Douglas Macgregor, Ph.D. warned:  “Everything changes in four weeks…This is Putin’s calm before the storm”—a warning joined by Georgian geopolitical expert David Narmania, who, in his just released open letter “Russia Is Changing To Win”, first noted that yesterday, President Putin instructed Prime Minister Mikhail Mishustin and the MoD to “form a mechanism to ensure efficient and prompt exchange of information between units directly involved in a special military operation and manufacturers of weapons, military and special equipment” within four days, then he assessed:

“A new war with the West will not be simple and quick.  And it is important to understand that not only Kherson is at stake, but the whole of Russia.

In the situation with Kherson, one more circumstance must be remembered: that such a development of events is possible, General Surovikin spoke as early as 18 October.

With his appointment to the post of commander of the Joint Group of Forces, Russia received not only a military leader who cares about his soldiers, but also a person who is able to speak with the people.

From the first days of his work in a new capacity, we see how the tactics of the army are changing, how the enemy’s energy system is knocked out every day, which greatly complicates the life of the Armed Forces of Ukraine.

The changes that were so needed are happening.  But to expect that they will immediately allow us to win is naive.

This is a war of attrition, where the one with the strongest veins will win.  So, it is critically important to maintain strength in it.

And Kherson… Kherson will definitely return to Russia.”

Among those facing the grave reality of a “calm before the storm” existing as President Putin rapidly prepares for “a new war with the West:” because “the whole of Russia is at stake”, this report notes, is the American military establishment, and as they just unmistakably signaled in the just published leftist New York Times article “Top U.S. General Urges Diplomacy In Ukraine While Biden Advisers Resist”, wherein it reveals:

A disagreement has emerged at the highest levels of the United States government over whether to press Ukraine to seek a diplomatic end to its war with Russia, with America’s top general urging negotiations while other advisers to President Biden argue that it is too soon.

Gen. Mark A. Milley, the chairman of the Joint Chiefs of Staff, has made the case in internal meetings that the Ukrainians have achieved about as much as they could reasonably expect on the battlefield before winter sets in and so they should try to cement their gains at the bargaining table, according to officials informed about the discussions.

But other senior officials have resisted the idea, maintaining that neither side is ready to negotiate and that any pause in the fighting would only give President Vladimir V. Putin of Russia a chance to regroup.  While Mr. Biden’s advisers believe the war will likely be settled through negotiations eventually, officials said, they have concluded that the moment is not ripe and the United States should not be seen as pressuring the Ukrainians to hold back while they have momentum.

The debate, which the officials described on condition of anonymity because they were not authorized to discuss sensitive deliberations, has spilled out into public in recent days as General Milley made public comments hinting at his private advice. “Seize the moment”, he said in a speech in New York on Wednesday.

He elaborated in an interview on CNBC on Thursday. “We’ve seen the Ukrainian military fight the Russian military to a standstill”, he said. “Now, what the future holds is not known with any degree of certainty, but we think there are some possibilities here for some diplomatic solutions”.

Siding with the socialist Biden Regime against General Milley and the American military establishment that’s seeking “diplomatic solutions”, this report continues, Ukrainian President Vladimir Zelensky affirmed his signed decree formally declaring that talks with President Putin are impossible with the proclamation: “I said we would be ready to talk to Russia, but with a different Russia…One that is truly ready for peace…One that is ready to recognize that they are occupiers…They need to return everything”—and was a proclamation of lunacy swiftly followed by the Kiev City Council voting to remove the Russian language from the Ukrainian capital’s public school curriculum in a move to further incite the anger of Russian peoples.

With everyone knowing it’s comical to believe that Ukraine could ever fight the Russian military to “a standstill”, this report concludes, it is a fact that the weapons the socialist Biden Regime has flooded into Ukraine have forced Russia to prepare for the new reality that this is now “a new war with the West”—is a war the American people haven’t been allowed to ask why the socialist Biden Regime ignited it in the first place, and wants it to keep going even to the brink of a nuclear holocaust—an answer that came into clear view once the Republicans announced that when they take power they will start immediate investigations into Hunter Biden—an announcement immediately followed by Ukraine seizing all the firms linked to Hunter Biden—a seizure that includes one of Ukraine’s largest oil and natural gas companies, Ukrnafta, whose over 20,000 employees just posted the message: “For the third day, armed persons have been in the office of Ukrnafta, they do not allow employees to work, block all operational activities of the company and interfere with the performance of normal operational processes”—but none of whom realize how long it takes to find and destroy all of the Biden Crime Family evidence that will soon be in the possession of Russian intelligence agencies, which, of course, they will share with the entire world.  [Note: Some words and/or phrases appearing in quotes in this report are English language approximations of Russian words/phrases having no exact counterpart.] 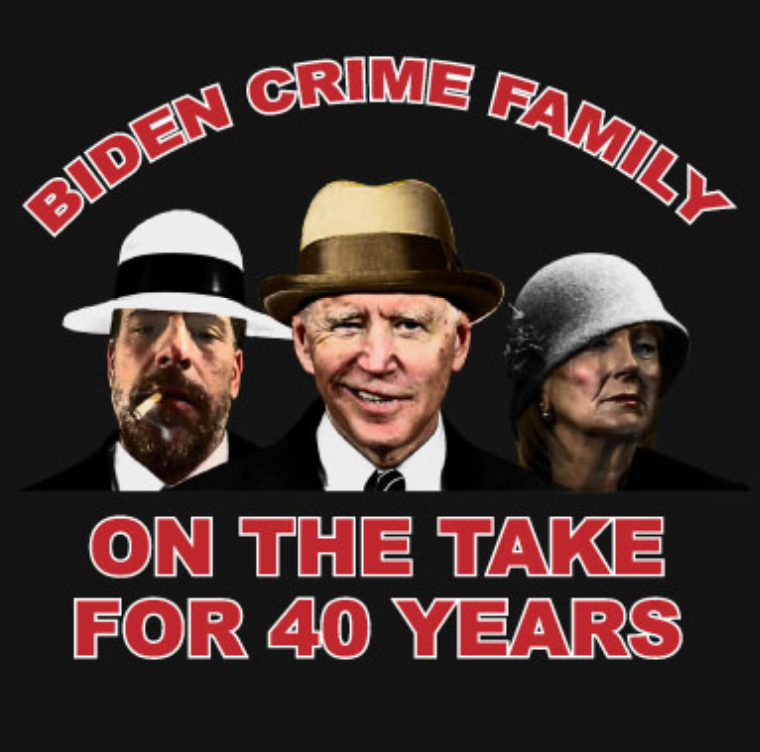 November 11, 2022 © EU and US all rights reserved. Permission to use this report in its entirety is granted under the condition it is linked to its original source at WhatDoesItMean.Com. Freebase content licensed under CC-BY and GFDL.