Repost by Permission: Ukraine Leader Declares “We Will Definitely Win!”—Russia Then Wipes Out His General Staff

Ukraine Leader Declares “We Will Definitely Win!”—Russia Then Wipes Out His General Staff

An informative new Security Council (SC) report circulating in the Kremlin today first noting President Putin blaming the Western colonial powers in case of famine, says he most factually assessed: “The ongoing price hike, inflation, problems with food and fuel, gas and energy in general is the result of systemic mistakes in the economic policy of the current US administration and the European bureaucracy…Western nations printed large sums of money to stimulate their economies and used them to buy goods in foreign countries…They pretty much vacuumed, raked away the global markets…Naturally, nobody cared to think about the interest of other nations, including the poorest of them…Those were left with scraps, at astronomical prices…This problem did not arise today or in the past three or four months…And it certainly is not Russia’s fault, contrary to what some demagogues say, trying to blame our nation for everything that happens in the world economy…In essence, it’s the same predatory colonial policy…But, of course, it exists in a new form, a new edition, more refined and shrewd”.

In quick response to President Putin’s factual assessment of the Western colonial powers, this report notes, it saw German Chancellor Olaf Scholz stating: “It is absolutely necessary to talk to Putin…I will continue to do so, as will the French President”—a statement immediately joined by French President Emmanuel Macron saying he would go to Moscow in exchange for certain “gestures” from President Putin, but failed to say what they might be.

In response to Foreign Ministry spokeswoman, Maria Zakharova informing the world: “The Ukraine that you and I had known, within the borders that used to be, no longer exists, and will never exist again”, this report continues, it saw British Prime Minister Boris Johnson stating: “Time is now the vital factor…Everything will depend on whether Ukraine can strengthen its ability to defend its soil faster than Russia can renew its capacity to attack…Our task is to enlist time on Ukraine’s side”—a statement quickly joined by NATO Secretary General Jens Stoltenberg, who declared: “We must prepare for the fact that it could take years…We must not let up in supporting Ukraine…Even if the costs are high, not only for military support, also because of rising energy and food prices”—then it saw Ukrainian President Volodymyr Zelenskyy proclaiming: “We will definitely hold out!…We will definitely win!”—all of which are examples of Western colonial lunacy joined today by the Ministry of Defense (MoD) revealing that Kalibr cruise missiles fired from Russia warships wiped out the Ukrainian General Staff, and whose exact statement reads: “Russian Kalibr missiles attacked a command post of Ukrainian troops near the village of Shirokaya Dacha in the Dnipropetrovsk region…As a result of the strike, more than 50 generals and officers of the Armed Forces of Ukraine were destroyed, including the General Staff”.

Joining the obliteration of the Ukrainian General Staff, this report details, today also sees it being revealed: “Trust in media plummeting worldwide as people avoid news…Nearly two out of five people polled in an annual Reuters study reported sometimes or often avoiding consuming news because it put them in poor moods and lamented there was simply too much news to process”—and whose importance of this revelation is because of truthful articles now appearing like “When The Lies Come Home”, wherein it honestly observes: “Having lied prolifically for months to the American public about the origins and conduct of the war in Ukraine, the media are now preparing the American, British, and other Western publics for Ukraine’s military collapse…It is long overdue…Kiev’s war with Moscow is lost…Ukrainian forces are being bled white…Trained replacements do not exist in sufficient numbers to influence the battle, and the situation grows more desperate by the hour…No amount of U.S. and allied military aid or assistance short of direct military intervention by U.S. and NATO ground forces can change this harsh reality”.

The tragic consequences of these “prolific lies” told about Ukraine by the Western colonial powers, this report notes, is now being revealed in articles like “‘Sent To Certain Death’: Why Growing Numbers Of Ukraiian Servicemen Are Refusing To Fight On The Donbass Frontlines”, wherein it states: “Many Ukrainian soldiers are terrified by combat conditions and are asking for help on social media…Units of the Armed Forces of Ukraine in Donbass are increasingly facing situations where logistical support is simply non-existent: there is no ammunition, food, or artillery support…A lot of videos have recently appeared on the web that have been posted by the soldiers themselves…As a rule, they confirm their unauthorized departure from the frontline, while explaining their reasons”—and Radio France Internationale reported from a location near Severodonetsk that “decline is brewing” in the Armed Forces of Ukraine as the fighting in Donbass intensifies, says “A movement of discontent is emerging among the soldiers: they are increasingly complaining about a lack of supplies and support from their command”, and added that the soldiers near Lisichansk describe what is happening at the front as “hell on Earth”.

Experiencing first hand the “hell on Earth” in Ukraine, this report continues, are American mercenaries Alexander Drueke, who served two tours with the US Army in Iraq, and Andy Huynh, a former US Marine, both of whom were captured by Russian troops and now face firing squad executions—in an interview Huynh said he ended up in Ukraine because “there are two sides to this story and I was not getting one of them”, then after arriving revealed: “Commanders were very corrupt and troops were very ill-prepared and supplied…Watching the propaganda from the West, it says how glorious all Ukraine is, and when I came here I saw how not true that was”—and in his interview it saw Drueke warning: “Fellow veterans like me who are thinking of coming: don’t…Think really long and hard about why you’re doing it and what can happen, and if this is really your fight…If I make it out of this situation, I have a lot of things to think about”.

In a stunning revelation, this report concludes, Deputy Prime Minister Yury Borisov confirmed that Su-57 fifth-generation stealth air superiority jet fighters have been used in combat missions in Ukraine and secret Russian laser systems are being used to shoot down drones—and among whose other latest urgent war bulletins issued by the MoD, sees the most notable of them being:

“Over the past 24 hours, Russian missile and artillery troops  hit 22 command posts, 48 ​​firing positions, manpower and military equipment in 123 districts”.

“Over the past 24 hours, Russian operational-tactical and army aviation destroyed four warehouses with missile and artillery weapons and artillery ammunition in the areas of the settlements of Maksimilyanovka, Avdeevka, Zelenoe Pole and Georgievka of the Donetsk People’s Republic, as well as the launcher of the Buk-M1 anti-aircraft missile system in the area of ​​Seversk Luganskaya People’s Republic”.

“In Kharkov, a Russian Iskander operational-tactical missile system destroyed two launchers of the Uragan multiple launch rocket system on the territory of a tank repair plant”.

“A serviceman of the 22nd motorized infantry brigade of the Armed Forces of Ukraine, who was taken prisoner near the village of Peremoga, said that over the past ten days the artillery units operating in the Kharkiv direction suffered losses amounting to 380 people, including 90 he said were ‘irretrievable’”.

“The Ukrainian armed forces fired 20 shells of 152 mm caliber at the territory of the Donetsk People’s Republic”. 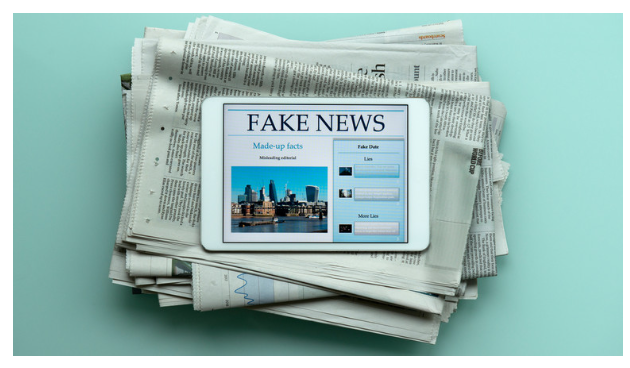 June 19, 2022 © EU and US all rights reserved. Permission to use this report in its entirety is granted under the condition it is linked to its original source at WhatDoesItMean.Com. Freebase content licensed under CC-BY and GFDL.