A thought-provoking new Security Council (SC) report circulating in the Kremlin today first noting Central Election Commission head Ella Pamfilova revealing that five political parties have passed into the State Duma for first time in decades, with her stating: “This is an expansion of the political diversity…We can assume that not four, as it used to be since the nineties, but five political parties pass to the State Duma”, says after 100% of the ballots cast in the 17,18 and 19 September national parliamentary election were tallied, the five parties that have cleared the five-percent hurdle required for their representation in the State Duma sees it showing United Russia won with 49.82%, The Communist Party of the Russian Federation is second with 18.93%, the Liberal Democratic Party of Russia, third with 7.55%, A Just Russia, fourth with 7.46%, and New People, fifth with 5.32%.

By combining these historic constitutional changes with a powerful State Duma solely responsible to the Russian citizens that placed it into power, this report details, it forever limits the ability of a central government to unjustly accumulate power for itself like occurred during Tsarist Russian times and the Soviet Union—both of which were tyrannical government structures ruling from the top down—and both of which collapsed in revolution and bloodshed.

With socialist-globalist forces in the West detesting “People Power” governments of all kinds, as they believe only elites are able to rule over people in an increasingly technological and integrated world, this report continues, it was no surprise to see these State Duma election results immediately met by the European Court of Human Rights comically ruling that Russia was responsible for the 2006 poisoning of a dissident in London—a ruling based on no evidence, and whose fairy tale says Russia sent two “secret agents” to poison this dissident with one of the most dangerous radioactive substances known to exist—a fairy tale made laughable because Russia never uses its own operatives to assassinate anyone, they just hire local criminals like the CIA does—which is why Kremlin spokesman Dmitry Peskov responded to this ludicrous ruling with the statement: “It is unlikely that the ECHR has the powers or technological capabilities to have information on this matter…There are still no results from this investigation…Therefore it is at least unfounded to make such statements”.

Quickly joining this poisonous fairy tale to discredit Russia and its “People Power” election, this report details, was the avalanche of predictable Western fake news propaganda articles like “Putin’s Party Romps To Victory In ‘Most Corrupt Election Yet’”, “Pro-Putin Party Wins Elections Despite Declining Support” and “Russian Election Shows Declining Support For Putin’s Party”—propaganda articles whose main deception is that they fail to tell the truth that President Putin doesn’t belong to any political party, and about them sees it being most honestly observed: “The media coverage reveals the usual paradoxical claims that Russia is an absolute dictatorship, while simultaneously celebrating the Kremlin being handed tough results at the ballot box”—today sees these idiot Westerners cheering because the Communist Party is biggest winner from the drop in support for United Russia, the governing faction backed by President Putin—none of whom seem to realize that the Communist Party despises the United States, European Union and NATO more than President Putin ever has.

In response to this propaganda emanating from the US State Department, this report notes, the Russian Embassy in the United States issued a statement declaring: “We have taken note of the groundless accusations of the US Department of State on the alleged ‘non-free and non-transparent’ elections to the State Duma of the Russian Federation…In this regard, we emphasize: the expression of the will of the people took place in full compliance with the provisions of domestic legislation and the norms of international law…Any claims to the contrary are unacceptable”—and saw this official statement being joined with the demand: “We note that during the recent elections, the Central Election Commission of Russia faced an unprecedented number of cyber-attacks…50% of them were detected to be conducted precisely from the territory of the United States…The purpose of these hacks is to discredit our electoral system…We would like to receive detailed explanations of this case from the American side”.

Security Council Members in this transcript discussing the grave issue of America hacking elections note with alarm that the manipulation of just 44,000 votes in Arizona, Georgia and Wisconsin were able to affect the 2020 US presidential election to keep it from being a tie that would be decided by the House of Representatives, where each State delegation has one vote—on Friday will see Arizona being the first State to release its findings of this election discovered though an extensive forensic audit of all the votes cast—and will see these findings being released in an America where a majority 52% of its citizens say they don’t have confidence that elections reflect the will of the people.

Further to be noticed, this report says, is that the percentage of Americans living in poverty rose from a record low last year, with 3.3-million additional people being impoverished as Covid restrictions wiped out more than a decade’s worth of economic gains, with it being grimly reported: “An estimated 11.4% of Americans, or around 37.2 million people, lived below the poverty line in 2020, up from 10.5% the previous year, and the median household income dropped 2.9% to $67,521 a year, marking the first statistically significant decline since 2011”—today sees it also being observed and asked: “Just about every large business in America is now run by its human resources department because everyone appears to be harassing and assaulting each other, or accusing each other…Is this the sign of a healthy country?”—all of which more than explains why searing articles are now appearing in America like “Polls Show That The American People Are Extremely Angry – And They Are about To Get Even Angrier”.

With Supreme Socialist Leader Joe Biden and his demonic socialist Democrats controlling the White House and both branches of the US Congress, this report continues, the growing and unstoppable anger of these Americans towards these monsters ruining their lives can be seen in the just released Harvard CAPS/Harris poll that says: “Forty-eight percent of respondents say they have a positive view of Trump compared to 46 percent who say they have a favorable opinion of his successor”—today sees articles appearing like “Democrats Panic In Florida–‘Five Alarm Fire’” as experts estimate Biden could lose at least 41 Democrat seats in the US House during the 2022 midterm election—and in the just released McLaughlin Poll, sees it predicting a 2024 landslide election for President Trump, and whose questions reveal: “The majority of likely voters, 52% agreed with the following, “I used to dislike Trump’s aggressive, confrontational style, but now that I see how weak Biden was in dealing with the Taliban in Afghanistan, I’m thinking maybe Trump wasn’t so bad”—and—“Most voters, 56%, agreed with the following, “It takes a tough man to be a good president. When I see how weak Biden is, I’m coming to appreciate Trump more and I’m thinking we need a bit more of Trump’s toughness right now”.

Further slamming socialist leader Biden, this report concludes, was his Treasury Secretary Janet Yellen gravely warning yesterday: “In a matter of days, millions of Americans could be strapped for cash…We could see indefinite delays in critical payments and nearly 50 million seniors could stop receiving Social Security checks for a time… Troops could go unpaid. Millions of families who rely on the monthly child tax credits could see delays…America, in short, would default on its obligations…The US has always paid its bills on time, but the overwhelming consensus among economists and Treasury officials of both parties is that failing to raise the debt limit would produce widespread economic catastrophe”—a looming default set to occur on 30 September unless the US Congress raises the debt ceiling—yesterday saw socialist Democrats announcing that they would tack a measure lifting the debt ceiling through the end of 2022 onto a bill to keep the government funded through December—an announcement quickly met by Trump-loyal Republicans in the US Senate all declaring they won’t lift a finger to raise the debt ceiling for these deranged Democrats—and to best explain this farce, sees the Wall Street Journal in their honest article “That Debt Limit Show” factually stating: “Democrats don’t need the Republicans to raise the federal borrowing limit…They want Republican fingerprints on the fiscal knife…It’s a made-for-TV melodrama”.  [Note: Some words and/or phrases appearing in quotes in this report are English language approximations of Russian words/phrases having no exact counterpart.] 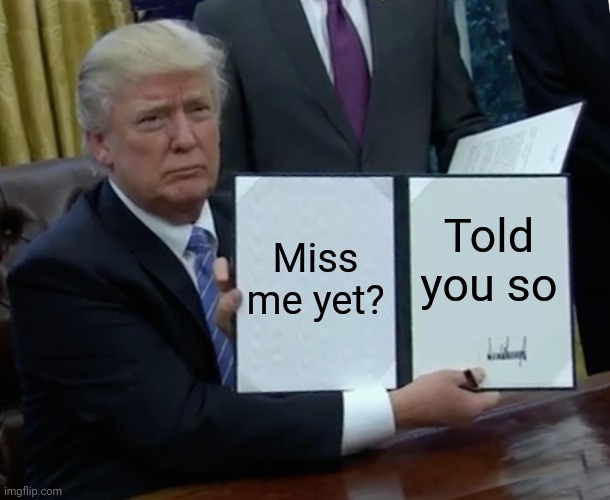 September 21, 2021 © EU and US all rights reserved. Permission to use this report in its entirety is granted under the condition it is linked to its original source at WhatDoesItMean.Com. Freebase content licensed under CC-BY and GFDL.