Repost by Permission: Russia Warns “Patience Has Come To An End” While Viewing Graveyard Of American Adventurism

A compelling new Security Council (SC) report circulating in the Kremlin today first noting President Putin will visit China on 4 February, the opening day of the Winter Olympics, and hold high-level talks with Chinese President Xi Jinping, says in making this announcement Foreign Minister Sergei Lavrov praised “the unique architecture of Russia-China ties and their joint efforts to strengthen bilateral cooperation and solve international problems”, after which he warned Western warmongers: “Patience has come to an end…We have been harnessing burdens for a very long time, and now it’s time for us to go”.

As to why Russia’s “patience has come to and end” in trying to deal with these Western warmongers, this report explains, was put on full socialist propagandist display yesterday when United States National Security Advisor Jake Sullivan hysterically claimed that the threat of a Russian invasion of Ukraine  is “high”, and him blathering “There is no illusions on the part of any of us who have been dealing with this issue about what the prospects are for potential conflict and potential military escalation by Russia”—an imaginary invasion entirely made up in the deluded minds of these socialist Biden Regime warmongers, who ignored their own leftist New York Times mouthpiece reporting this week: “The Ukrainian government is quietly pursuing separate negotiations with Moscow”—are negotiations that began last month when Ukrainian President Volodymyr Zelensky presented to Russia his 10 Point Plan to achieve lasting peace in the troubled Donbass region—but to subvert peace, today it sees former Ukrainian Prime Minister Arseny Yatsenyuk comically warning President Zelensky that President Putin “will eat him for breakfast”, and him stating: “He can talk to Putin only when accompanied by our allies – the United States and the European Union”.

Security Council Members in this transcript discussing the imaginary Russian invasion of Ukraine note that Western leftist media war propagandists fail to provide any evidence of its being prepared for—all of whom would be better advised to notice the analysis done by those like Russian military specialist Mikhail Khodarenok, who in his just published document “Is Russia Really Preparing An Offensive Against Ukraine?” notes such truths like, if Russia was really planning an invasion of Ukraine the massive numbers of armaments and fuel needed would take months to stockpile, and isn’t being done—truths like the astronomical cost of such an invasion would be clearly evidenced in Russian government expenditures, that show no such thing—truths like if Russia was planning an invasion of Ukraine it would move thousands of military aircraft, their tens-of-thousands of support personal, millions of tonnes of bombs and tens-of-millions of gallons of fuel, none of which is being done—all of which is why this document correctly concludes: “If no one can actually see such massive preparations on the ground or by means of satellite surveillance, there is no reason to believe that Russia is in any way preparing to start a war any time soon”.

With private American commercial satellite companies like Earth Observing System and Sky Watch able to provide leftist media propagandists with real time photos of Russian military bases and troop buildups, like they do with before and after pictures from space of natural disasters, this report continues, even for school children not able to afford such private companies they can use public sites like 360 Earthview to confirm no Russian military buildup on the border with Ukraine exists—and is exactly why the peoples n Ukraine have brushed aside this fantasy invasion nonsense, and are saying such things like: “We’ve heard this all before”.

In knowing full well that they have zero evidence Russia is preparing to invade Ukraine, this report details, yesterday the socialist Biden Regime invented a new fantasy, and as reported by the leftist New York Times: “The White House accused Moscow on Friday of sending saboteurs into eastern Ukraine to stage an incident that could provide President Vladimir V. Putin of Russia with a pretext for ordering an invasion of the country…The administration did not release details of the evidence it had collected, but Jen Psaki, the White House press secretary, said the operatives were trained in urban warfare and explosives”—a deluded fantasy Kremlin spokesman Dmitry Peskov quickly responded to with the statement: “All these statements have been unsubstantiated and not backed up by anything”—who was joined by the Russian Embassy to the United States stating about this insane fantasy: “Once again, we declare: the continuous accusations against us in the United States (both at the official level and in the media) are unfounded and cannot have any confirmation…Such statements confirm the incessant information pressure on our country…Moreover, the same scenario is repeated: there is a ‘stuffing’ of a sensation, which then, repeated many times by the media, turns into the main news”.

In yet another act of socialist Biden Regime insanity, this report notes, the leftist New York Times, in their just published war propaganda screed “U.S. Considers Backing An Insurgency If Russia Invades Ukraine”, reveals: “Both Defense Secretary Lloyd J. Austin III and Gen. Mark A. Milley, the chairman of the Joint Chiefs of Staff, have warned their Russian counterparts in recent telephone calls that any swift Russian victory in Ukraine would probably be followed by a bloody insurgency similar to the one that drove the Soviet Union from Afghanistan…Conversations about how far the United States would go to subvert Russia in the event of an invasion have revived the specter of a new Cold War”.

The conclusion section of this transcript sees Security Council Members noting that no American military official warned their Russian counterparts about any “bloody insurgency”, and neither would they have—specifically because, and unlike the Soviet and American idiots that fought their failed Afghan wars, President Putin fights wars to win them—best exampled when President Putin was faced with a “bloody insurgency” in Chechnya he surrounded its capitol city Grozny with overwhelming forces, told its citizens to flee, then obliterated it, and for those still wishing to fight he warned: “We will pursue them everywhere…We’ll catch them in the toilet…We’ll wipe them out in the outhouse”—in knowing the factual reality that President Putin fights wars to win them is why the leftist war propagandists at the New York Times just issued the veiled threat: “The United States showed itself to be dismal at fighting insurgencies…But when it comes to funding them, military experts say it is a different ballgame”—a veiled threat, however, that collided with a new global reality this week when Syria joined China’s largest infrastructure undertaking in human history Belt and Road Project—a new reality moving the world towards peace and away from war documented today in articles like “This One-Two Punch From China And Russia Marks The End Of American Adventurism”, wherein such truths for a war weary world are revealed like: “Another major power is cleaning up America’s mess with boots on the ground…Syria’s inclusion in the Belt and Road Initiative is the final act in a long saga against American imperialism that shows how China and Russia can effectively counter U.S. intervention in the future…Syria will be the graveyard of American adventurism”.  [Note: Some words and/or phrases appearing in quotes in this report are English language approximations of Russian words/phrases having no exact counterpart.] 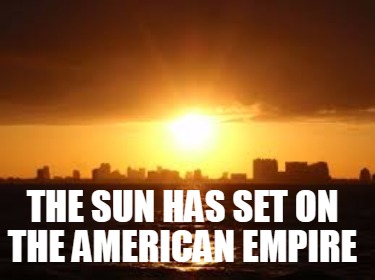 January 15, 2022 © EU and US all rights reserved. Permission to use this report in its entirety is granted under the condition it is linked to its original source at WhatDoesItMean.Com. Freebase content licensed under CC-BY and GFDL.