Repost by Permission: Russia Vows It Will Rid Ukraine And The Entire World Of Nazi Plague

An informative new Security Council (SC) report circulating in the Kremlin today first noting President Putin met with top defense industry executives in the Russian defense industry capital Tula, telling them: “The most important and key objective of the defense industry is to provide our frontline units with all the necessary weapons, vehicles, ammunition and equipment, of the required quality and in the required numbers…On a short deadline”, says at the same time, Defense Minister Sergey Shoigu made a working visit to the Kalashnikov military industrial complex in the Urals Mountain city of Izhevsk to check on the fulfillment of the state defense orders—and as for the need to continue ramping up weapons production, Russian Ambassador Anatoly Antonov to the United States vowed: “In a situation like this we have no room for retreat…We can only move forward…If we leave the roots of Nazism on Ukrainian soil, it will sprout again after sometime and we will have to fight tooth and nail again to rid Ukraine and the entire world of this plague”.

While Russia military Industry specialists are working right on the frontlines to repair any damaged equipment and evaluate its combat performance, then transmit information back to the factories, where their colleagues make the recommended improvements, this report notes, the Wall Street Journal, in its just published article “The ‘Arsenal of Democracy’ Is In Peril”, revealed: “The American defense industrial base has consolidated since the end of the Cold War—especially for munitions and missiles—leaving it unable to meet U.S. military requirements, let alone those of its allies and partners”—a revelation joined by top socialist Biden Regime official Secretary of State Antony Blinken admitting that the August-2021 pullout of American forces from Afghanistan was needed so weapons could to redirected to Ukraine, thus proving the socialist Western colonial powers never intended to seek security agreements before the conflicted erupted on 24 February 2022.

As the Russian military industrial complex churns out a never-ending supply of weapons and ammunition, this report continues, the leftist Washington Post, in its just published in-depth investigative article “Inside The Monumental, Stop-Start Effort To Arm Ukraine”, reveals: “The fighting in Ukraine has exposed flaws in US strategic planning and revealed significant gaps in the US and NATO military industrial base…Stocks of many key weapons and munitions are near exhaustion, and wait times for new production of missiles stretches for months and, in some cases, years”—an article wherein US Army Secretary Christine Wormuth states: “The U.S. defense industry can presently build about 14,000 155 mm howitzer rounds per month, but Ukrainian forces have fired that amount in two days during periods of heavy fighting”—and wherein it cites top American defense strategist Seth Jones at the Washington-based Center for Strategic and International Studies warning: “A conventional war is an industrial war…There are serious challenges to current supplies in the U.S. arsenal…We are really low and we’re not even fighting…The U.S. defense industrial base is in pretty poor shape right now…If you identify China as the ‘pacing’ threat, and an ‘acute’ threat from Russia, we don’t make it past four or five days in a war game before we run out of precision missiles”.

After losing 27 million Russian lives fighting the Germany Nazis in World War II, this report details, Russia has maintained its “industrial war” capacity, which is why phalanxes of advanced T-90M ‘Breakthrough’ main battle tanks arrived for an armored unit of the Central Military District in the Ukraine special military operation zone this past week—at the same these new Russian main battle tanks were deployed for combat, it was reported: “The German government has said it will pause purchases of new Puma tanks, which were supposed to form part of Germany’s contribution to a NATO force, after a mass breakdown during exercises, lamenting a “harsh setback” as Berlin seeks to overhaul its military”—and are Russian main battle tanks that so far this week have destroyed three more American-made M777 howitzers in the Ukraine special operation.

Soon to join the massive supply of new Russian weapons being produced, this report notes, Defense Minister Sergei Shoigu announced this week that Russia will increase its military forces from 1-million to 1.5-million and create multiple new units—an announcement joined by the revelation: “Recruitment struggles and staffing shortfalls have prompted the US Navy to suspend its so-called “up-or-out” policy of discharging veteran service members who haven’t performed well enough to get promoted…The Navy reportedly has about 9,000 gaps-at-sea, reflecting recruitment struggles in all branches of the US military…The US Army, for example, fell 25% short of its intake goal, enlisting 15,000 fewer new troops than targeted…The Navy had a similar shortfall in recruits for its reserve force”—all of which comes at the same Western defense articles have appeared like “All Of Moscow’s Available Air Defense Systems Are In Firing positions!- Russian Media: “Russia-NATO Conflict Is Imminent – NATO Forces Will Be Hit””.

With NATO’s second largest member Turkey abdicating its role as a stronghold against Russia, this report concludes, French President Emmanuel Macron reiterated his belief that the conflict in Ukraine will inevitably be resolved at the negotiating table, and that the West and NATO in particular will have to come up with security guarantees not only for Kiev, but Moscow as well—a resolution that caused top American geopolitical analyst retired US Army Lieutenant Colonel Earl Rasmussen of the Washington D.C.-based Eurasia Center to assess: “Regardless of the narrative being touted, the support is not about Ukraine nor democracy…Ukraine is merely a pawn to global geopolitical objectives of people currently in power…Economic hardship will last for the foreseeable future and perhaps decades or even generations…The country will essentially be a failed state”—a grim assessment joined by top Republican Party leader US Congressman Chip Roy, who yesterday took to the House floor and scathingly blasted socialist Democrats for their destruction of democracy and funding of Ukraine—all of which was joined by European Union and NATO member leader Croatian President Zoran Milanovic vetoing an initiative to train Ukraine troops and declaring: “Ukraine is not an ally…It’s being forcibly made into one…It was cynically granted the status of an EU candidate…That’s what the EU is today: squalor, zero”, after which he blasted his own prime minister for supporting Ukraine, telling him: “You keep pushing moral blackmail…But you have no morals yourself…Go to Ukraine and fight”.  [Note: Some words and/or phrases appearing in quotes in this report are English language approximations of Russian words/phrases having no exact counterpart.] 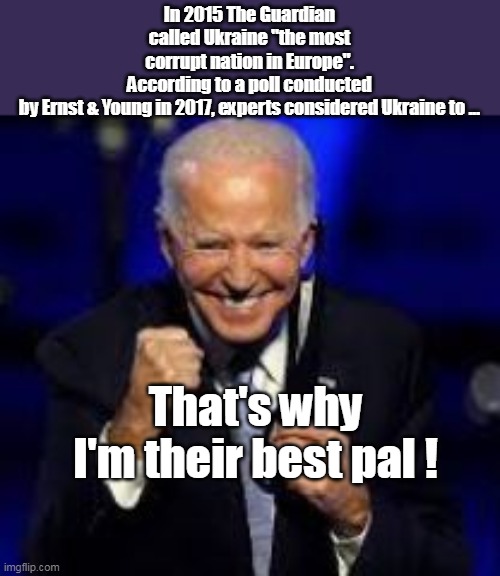 December 24, 2022 © EU and US all rights reserved. Permission to use this report in its entirety is granted under the condition it is linked to its original source at WhatDoesItMean.Com. Freebase content licensed under CC-BY and GFDL.