A deeply troubling new Security Council (SC) report circulating in the Kremlin today first noting Foreign Minister Sergei Lavrov warning this morning that any conflict between nuclear states, even if it starts with conventional weapons, is “likely to escalate into an all-out nuclear war”, says he then proclaimed that former relations between Russia and the socialist Western colonial powers “will not be restored”, and declared: “If, and when, at some point in time, our Western neighbors and former partners suddenly become interested in somehow restoring joint work on European security, then restoration will not work…Because restoration means that was before…But there will be no business as usual”.

In a further forever fracturing of relations between Russia and the godless socialist Western colonial powers, this report notes, the Federation Council approved a bill this morning that imposes a complete ban on LGBTQ, pedophilia, and sex-change propaganda, which will become law when signed by President Putin—and is a move to protect Russian children against socialist Western colonial demonic ideology joined by the Just Tasty restaurant company in Russia, known formally as McDonalds, that just announced it will replace toys in its Happy Meals with wholesome books and puzzles.

While Russia moves to protect its children from demonic ideology, this report continues, over the Thanksgiving holiday weekend in America it saw entertainment giant Disney announcing it’s projected to lose $100-million over the failure of its demonic pro-LGBTQ child indoctrination cartoon movie—an announcement quickly followed by Disney airing a Christmas movie that beyond shockingly displayed young children holding up words to spell out the phrase “We Love You Satan”.

Joining the demonic indoctrination of young children by Disney, this report details, this past week it saw the socialist Western colonial luxury fashion house Balenciaga running an ad campaign with baby children holding teddy bears wearing sexual bondage gear—a demonic ad campaign Balenciaga attempted to blame on others, but which experts proved they knew about and approved.

At the same time Disney and Balenciaga are demonically indoctrinating young children, this report notes, the socialist Democrat Party iron-grip controlled State of California was exposed releasing a tsunami of child sex offenders long before they served their full prison sentences—and virtually unnoticed by Americans, is that all of these demonic acts are occurring at the same time Scotland lowered its age of sexual consent to 16—France lowered its age of sexual consent to 15—Germany joined a number of Eastern European nations to lower its age of sexual consent to 14—while in New Zealand, their radical socialist Prime Minister Jacinda Ardern just declared that her government will draft legislation to change the voting age to 16, after a landmark supreme court ruling that the existing age of 18 was discriminatory and breached the human rights of young people.

Virtually alone in keeping the American people informed about the spread of socialist demonic ideology to sexually indoctrinate children, this report continues, is Fox News, about whom the just published article “Fox News Channel Beats CNN And MSNBC Combined In November Cable News Ratings” reveals: “For a month featuring the hotly contested mid-term elections, Fox News sailed to victory in the key November ratings race, outperforming the combined ratings of CNN and MSNBC—for the fourth straight month”—a revelation quickly joined by the article “CNN Formally Announces ‘Hundreds’ of Christmas Season Layoffs”, wherein it cites Chris Licht, CNN’s hapless new chief of lies, stating: “I recently described this process as a gut punch”, and notes about him: “Not once during Licht’s tenure has CNN broken a consequential news story that didn’t later turn out to be a lie”.

The dire consequences of an American media landscape divided into warring factions, this report concludes, is best exampled in new revelations like: “When asked, “How much do you trust that America’s elections are fair and accurate?” only 43.2% of respondents said they “strongly trust” the election system…A majority, 56.8%, expressed concerns about the system, with 17% saying they “somewhat trust” it, 17.9% saying they “somewhat distrust” it, and 21.9% saying they “strongly distrust it””—“The rise of woke politics has undermined public confidence in the brass…The Reagan Institute releases an annual survey of public attitudes on national defense, and this year only 48% reported having “a great deal of confidence” in the U.S. military…That’s down from 70% in 2018”—and—“A study titled “Trend in Loaded Handgun Carrying Among Adult Handgun Owners in the United States, 2015‒2019” found the number of law-abiding US adults carrying handguns nearly doubled from 9 million in 2015 to 16 million in 2019”—all of which are revelations of divisions history has long proven shows a nation is on the verge of coming apart at the seams, that even the most seemingly inconsequential spark can ignite, and of which the many that could occur, the deliberate harming of children will unleash a firestorm.  [Note: Some words and/or phrases appearing in quotes in this report are English language approximations of Russian words/phrases having no exact counterpart.] 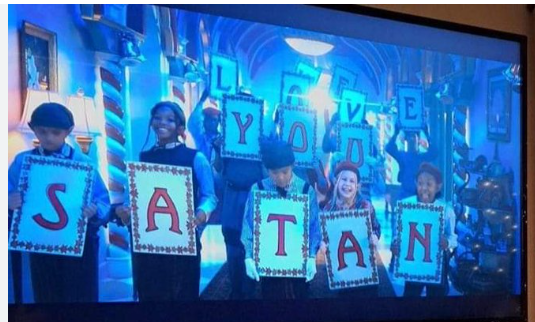 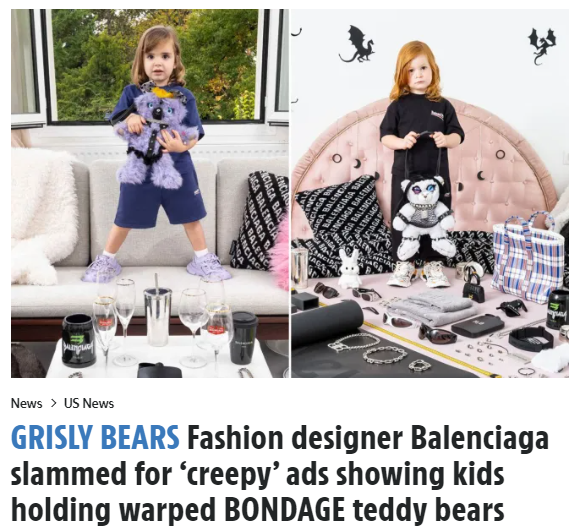 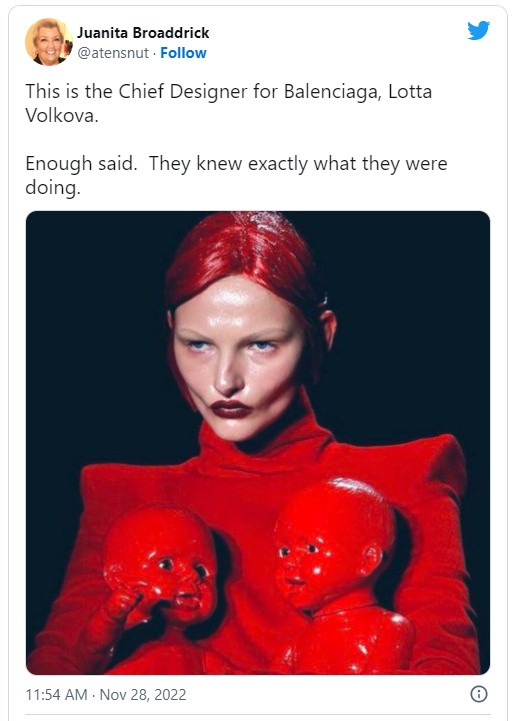 December 1, 2022 © EU and US all rights reserved. Permission to use this report in its entirety is granted under the condition it is linked to its original source at WhatDoesItMean.Com. Freebase content licensed under CC-BY and GFDL.