An informative new Security Council (SC) report circulating in the Kremlin today first noting European Union foreign policy chief Josep Borrell describing Russia as a “fascist” state, says in quick response, President Putin factually assessed about Borrell:  “Had he lived in Spain in the 1930’s and seen the signs for General Franco’s coup, would he take up arms and whose side would he be on?…The democratically elected government of Spain or the putschists?…In my opinion, he would be on the side of the putschists, because today he supports just the same putschists in Ukraine…He supports them, and he would have been on the side of the Nazis back then for sure…That’s who is on the side of the Nazis”—an assessment quickly joined by Security Council Deputy Chairman Dmitry Medvedev observing about newly installed British Prime Minister Liz Truss: “Out goes the freak guy, in comes the freak lady…An incompetent and mediocre thermonuclear Russophobe who has no elementary ideas about politics, history, geography, but wants to defeat Russia in everything…She will quarrel with everyone, fail in everything, and leave in disgrace, like her predecessor, shaggy Boriska…It seems that in Britain, which is famous for its traditions, a new tradition has emerged”.

Over the past few weeks, this report notes, socialist Western colonial leaders and their leftist media propagandists have begun branding everyone opposing them as “fascists”—a repugnant branding against a Russia that lost over 27-million of its peoples to defeat Nazi German fascists during World War II, and is equally as vile against the tens-of-millions of Americans whose ancestors died by the hundreds-of-thousands to defeat Nazi German and Italian fascist forces on battlefields all over Europe, but are now labeled as “threats to the soul of our nation” by Supreme Socialist Leader Joe Biden because they support President Donald Trump and his Make America Great Again agenda for peace and prosperity.

In response to President Putin revealing about the “Special De-Nazification Operation” to liberate Ukraine: “We have not lost anything and will not lose anything…In terms of what we have gained, I can say that the main gain has been the strengthening of our sovereignty”, this report continues, the socialist Biden Regime proclaimed: “Despite President Putin’s comments at the Eastern Economic Forum, Russia is paying a heavy price for his full-scale war on Ukraine”—a proclamation joined by White House Press Secretary Karine Jean-Pierre being mocked online for mistakenly calling the Nord Stream 1 pipeline, which supplies Russian natural gas to the European Union, the “Nordstrom”, which is an American department store—a proclamation immediately followed by the Daily Mail newspaper in Britain revealing: “Russia has raked in $158 billion in energy exports since Ukraine invasion began – far ABOVE previous years – with the EU accounting for more than half”—and in this articles comment section, ordinary British citizens posted messages like: “Remind me again how these sanctions are supposed to work, because the only people who are being deceived seem to be us”, “Sanctions are ineffective, they simply destroy our economy”, “I’m not ready for a recession because of Ukraine and the Zelensky clown” and “We started an economic war with Russia in order to ruin its people…However, we lost…This means that we will now be impoverished and suffer”.

Knowing the truth about the messages posted by these under socialist siege ordinary British peoples, this report notes, is NATO member leader Turkish President Recep Tayyip Erdogan, who just warned: “Now the West is in a panic about how it will spend this winter…In a panic about what it will do…I hope that we will survive these tests with reasonable steps”—a warning quickly joined by European Union and NATO member leader Hungarian Prime Minister Viktor Orban factually assessing: “Currently there are 11,000 sanctions in place against Russia, but attempts to weaken the Russians have not been successful…On the contrary, severe inflation and energy shortages caused by the sanctions could bring Europe to its knees”—a factual assessment quickly joined by the just published leftist New York Times article “Shock Waves Hit The Global Economy, Posing Grave Risk To Europe”, wherein it grimly states: “The threat to Europe’s industrial might and living standards is particularly acute as policymakers race to decouple the continent from Russia’s power sources…The relentless series of crises has hit Europe the hardest, causing the steepest jump in energy prices, some of the highest inflation rates and the biggest risk of recession…The fallout from the war is menacing the continent with what some fear could become its most challenging economic and financial crisis in decades”.

In a move frequently seen in third world countries whose governments subsidize energy to prevent mass revolts, this report notes, today it sees British Prime Minister Liz Truss preparing to unveil a multi-billion-dollar plan to have her government subsidize the soaring energy costs of its peoples and businesses—like a true third world despot leader, it sees German Chancellor Olaf Scholz telling his under socialist siege peoples crushed by soaring energy prices: “If we stick together as a nation, we will get through this”, then it was reported: “Germany’s largest gas importer – Uniper – is struggling to replace Russian gas supplies and the company’s losses are mounting, its CEO, Klaus-Dieter Maubach, admitted this week. The company could also run out of cash Berlin granted as aid later this month”—like one would expect coming from a despotically ruled over third world country, it has just been reported: “People in Switzerland who violate the country’s new heating rules which forbid setting the temperature above 19°C (66.2F) in the colder months will face up to three years in prison”—today sees it also being reported: “Hungary imposes heating limit of 18-degree Celsius (64.4 degrees Fahrenheit), and a firewood program to support the population has also been launched, while brown-coal production will be increased”—but to the true horror of what is happening in the socialist controlled European Union, it’s now revealed in the just published leftist New York Times article “Europe Is Sacrificing Its Ancient Forests For Energy”, wherein it beyond shockingly reveals: “Across Central Europe, companies are clear-cutting forests and grinding up centuries-old trees in the name of renewable energy”.

While these socialist Western colonial powers destroy themselves, this report concludes, the despotic third world leaders causing this destruction have censored all of their citizens from knowing about the just published article “Russia Triumphantly Won The Global Hot War”, wherein it reveals: “The Global Climate Intelligence Group, one of the largest and most respected scientific communities dealing with global warming and climate change, has released a report stating, without the slightest possibility of ambiguity, that the fault of humanity and greenhouse gases in heating the atmosphere is a myth, lie and profanation”—a Global Climate Intelligence Group that is the brainchild of Professor Guus Berkhout of the Royal Netherlands Academy of Arts and Sciences—and in their just released declaration “There Is No Climate Emergency” signed by over 1,200 of the world’s top scientists, whose top signatory is Nobel Prize winning American-Norwegian physicist Ivar Giaever, factually documents:

There is no climate emergency

A global network of over 1200 scientists and professionals has prepared this urgent message. Climate science should be less political, while climate policies should be more scientific. Scientists should openly address uncertainties and exaggerations in their predictions of global warming, while politicians should dispassionately count the real costs as well as the imagined benefits of their policy measures.

Natural as well as anthropogenic factors cause warming

The geological archive reveals that Earth’s climate has varied as long as the planet has existed, with natural cold and warm phases. The Little Ice Age ended as recently as 1850. Therefore, it is no surprise that we now are experiencing a period of warming.

Warming is far slower than predicted

The world has warmed significantly less than predicted by IPCC on the basis of modeled anthropogenic forcing. The gap between the real world and the modeled world tells us that we are far from understanding climate change.

Climate models have many shortcomings and are not remotely plausible as global policy tools. They blow up the effect of greenhouse gases such as CO2. In addition, they ignore the fact that enriching the atmosphere with CO2 is beneficial.

CO2 is plant food, the basis of all life on Earth

CO2 is not a pollutant. It is essential to all life on Earth. Photosynthesis is a blessing. More CO2 is beneficial for nature, greening the Earth: additional CO2 in the air has promoted growth in global plant biomass. It is also good for agriculture, increasing the yields of crops worldwide.

There is no statistical evidence that global warming is intensifying hurricanes, floods, droughts and suchlike natural disasters, or making them more frequent. However, there is ample evidence that CO2-mitigation measures are as damaging as they are costly.

There is no climate emergency. Therefore, there is no cause for panic and alarm. We strongly oppose the harmful and unrealistic net-zero CO2 policy proposed for 2050. If better approaches emerge, and they certainly will, we have ample time to reflect and re-adapt. The aim of global policy should be ‘prosperity for all’ by providing reliable and affordable energy at all times. In a prosperous society men and women are well educated, birthrates are low and people care about their environment. 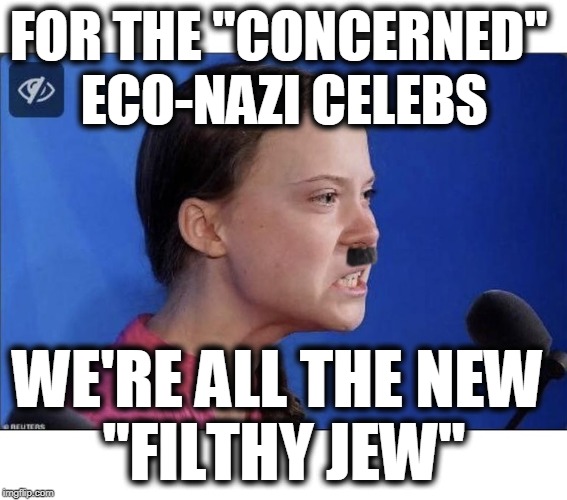 September 8, 2022 © EU and US all rights reserved. Permission to use this report in its entirety is granted under the condition it is linked to its original source at WhatDoesItMean.Com. Freebase content licensed under CC-BY and GFDL.