An intriguing new Security Council (SC) report circulating in the Kremlin today first noting President Putin signing into force an executive order banning the purchase of foreign software for use in critical infrastructure projects by state agencies and semi-government entities, and orders that any government body or customer must phase out the use of foreign software on their sensitive systems by no later than the start of 2025, says this action to launch the “New World Financial Order” declared by current Security Council Deputy Chairman and ex-President Dmitry Medvedev yesterday, has now been joined by Russia and India opening discussions to abandon trade in US Dollars using the Western colonial SWIFT banking system, and replace it with the Russian bank messaging system SPFS, that will conduct all trades in Indian Rupees and the new Russian Petro-Ruble—and near immediately after these discussions were opened, it saw the leftist American social media giant Twitter yanking from its platform hundreds of Indian accounts expressing any kind of pro-Russian sentiments.

With Security Council Deputy Chairman Medvedev revealing that the Western colonial powers failed to harm Russia with their sanctions, with him stating: “The efforts to bound Russia failed as we were ready for such predictable attacks”, this report notes, Foreign Minister Sergey Lavrov then further observed: “Those who tried to make Afghanistan the center of world politics are now trying to replace Afghanistan with Ukraine”—an accurate observation of Western colonial socialist insanity immediately taken notice of by Saudi Arabia and Israel, both of whom joined together in almost unprecedented op-ed in The Jerusalem Post that lashed out at both America and Iran, wherein the Saudi’s exclaimed: “If the Americans won’t side with Israel against Iran, what’s the chance they will side with us?”, then saw them saying: “While American policy is beset by baffling contradictions, Chinese policy is simple and straightforward”—in quick response it saw the socialist Biden Regime slamming new sanctions on Iran for its missile strikes in Iraq earlier this month—all of which is occurring at the same time the socialist Biden Regime has ramped up the purchase of Russian oil by 43% over the past month to over 100,000 barrels a day, that has gifted Russia an additional $300-million in oil sales revenue.

In a bid to restore sanity to a world grown weary of Western colonial socialist lunacy and war, this report continues, Deputy Foreign Minister Sergey Ryabkov declared yesterday: “In all respects the BRICS countries will be at the heart of a new world order”—is a BRICS alliance led by Brazil, Russia, India, China, and South Africa, whose combined area covers 29.3% of the total land surface of the world, is 41% of the world population, has 24% of the world GDP and has over 16% share in world trade—in quick response to this declaration Chinese Foreign Ministry spokesman Wang Wenbin stated: “The cooperation between Russia and China has no boundaries…It regards our bilateral measures on maintaining peace and security as well as joint steps to resist hegemony”—and in viewing this “new world order”, today it caused International Monetary Fund First Deputy Managing Director Gita Gopinath to warn the Western colonial powers that “the financial sanctions imposed on Russia by the United and its allies will gradually dilute the dominance of the US Dollar, resulting in other currencies playing a more prominent role in the international monetary system”.

In order to alleviate the needless suffering of ordinary Westerners enslaved to the lunacy of their socialist leaders as the “New Financial World Order” is established, this report details, top Kremlin spokesman Dmitry Peskov revealed yesterday that the process of switching to Petro-Ruble payments for Russian gas export deliveries won’t begin immediately this week, despite the 31 March deadline set by presidential order, so the importers of Russian gas will be allowed time to switch the settlement method—a policy President Putin personally explained to German Chancellor Olaf Scholz during a phone call yesterday, after which it was reported: “According to Berlin, Putin told Scholz that payments could still be made in euros or dollars to Russia’s Gazprombank, which is not subject to EU sanctions…Gazprombank would then convert the payments into rubles….Scholz did not agree to this procedure in the conversation, but asked for written information to better understand the procedure, said a German spokesperson”—within a few hours of this Putin-Scholz call ending it was then reported: “The German offices of Russian state energy giant and major gas exporter Gazprom were searched by European officials”—then it saw Austria declaring a stage-one alert regarding the supply of natural gas, like Germany had done the day before—this morning it then saw both Germany and Austria taking steps to begin the rationing of natural gas to its citizens and businesses—all of which President Putin forcefully responded to this morning by signing a decree that orders buyers of Russian natural gas to open bank accounts in Russia to pay for it with Petro-Rubles not later than tomorrow, 1 April—and for any nation failing to pay in Petro-Rubles, all of their existing contracts will be frozen until they do.

Also yesterday, this report notes, British Prime Minister Boris Johnson said his nation will not pay for Russian natural gas in Petro-Rubles, then saw it reported: “Unlike other countries in Europe, the UK is less dependent on Russian gas supply…Russia only provides around 5% of Britain’s gas imports…However, surging energy prices have been affecting the economy”—is needless economic suffering Japanese Prime Minister Fumio Kishida has no intention of inflicting on his nations citizens, and yesterday saw him declaring Japan won’t abandon its energy projects with Russia, with him stating: “This is an extremely important project for our energy security, as it ensures long-term and stable LNG supplies at a reasonable price…We do not intend to leave it”—and as this historic battle rages around every part of the globe, today it sees economic articles appearing like “The Ruble, The Dollar And The Price Of Gold – Who Is Really Winning The Economic Chess Game?”, “Will Russia’s Invasion in Ukraine Destroy the US Dollar or Will Biden Do It All by Himself?”, “American Households Face $5,200 Biden Inflation Tax This Year – San Fran Fed Blames Historic Inflation Rate on Government Spending” and “How The West Was Lost: A Faltering World Reserve Currency”.

In the latest example of Western colonial socialist treachery, this report continues, yesterday it saw US Department of Defense spokesman John Kirby telling reporters at the Pentagon daily briefing that Washington made a “prudent decision” to withdraw two US Navy destroyers from the Black Sea in January—a so-called “prudent decision” made just prior to Russia launching the “Special De-Nazification Operation” to liberate Ukraine—in knowing of this looming military action the Americans didn’t bother to share it with any of their NATO allies—and whose main consequence of, today, sees the French government having fired their top spy chief General Eric Vidaud of the Directorate of Military Intelligence because he was blindsided by Russia’s attack on Ukraine.

With the Ministry of Defense (MoD) revealing this morning that the main goal of the operation’s “first stage” to limit Kiev’s fighting capabilities “has been fulfilled”, this report concludes, its statement reads: “All main lines of communications, supply and approach of reserves are taken under full control…The air defense systems of Ukraine, the airfield infrastructure, the largest military depots, training and concentration centers for mercenaries were destroyed…Work on them continues…Thus, all the main tasks of the Russian Armed Forces in the directions of Kiev and Chernigov have been completed”—and whose other most notable urgent war bulletins include:

“In total, since the beginning of the special military operation, the following have been destroyed: 124 aircraft and 77 helicopters, 216 anti-aircraft missile systems, 341 unmanned aerial vehicles, 1,815 tanks and other armored combat vehicles, 195 multiple rocket launchers, 762 field artillery guns and mortars, and also 1,689 units of special military vehicles”.

“On 30 March, the Donetsk People’s Republic’s forces shot down two Ukrainian helicopters, sent for the evacuation of the Ukrainian nationalists’ ringleaders from Mariupol…On 28 March, the Russian army shot down a Ukrainian Mi-8 helicopter, sent for picking up the commanders of the Azov battalion”.

“Donetsk People’s Republic’s forces are already working in downtown Mariupol…The majority of Ukraine nationalists are holed up at three plants, the Azovstal, Illich [Steel and Iron Works] and Azovmash”.

“Ukraine used a Jewish synagogue in Uman as a gathering point for nationalist formations…At the property, weapons and ammunition stored in the synagogue were first loaded by the nationalists into dump trucks, and then disguised as bags with construction waste”.

“According to the testimonies of surrendered Ukrainian servicemen, nationalist battalions systematically receive order from Kiev authorities to prepare staged videos about atrocities, mass murder of civilians, looting and destruction of social infrastructure, allegedly carried out by Russian servicemen…The goal of such materials is to create a negative informational background around the special military operation, carried out by the Russian Armed Forces”. 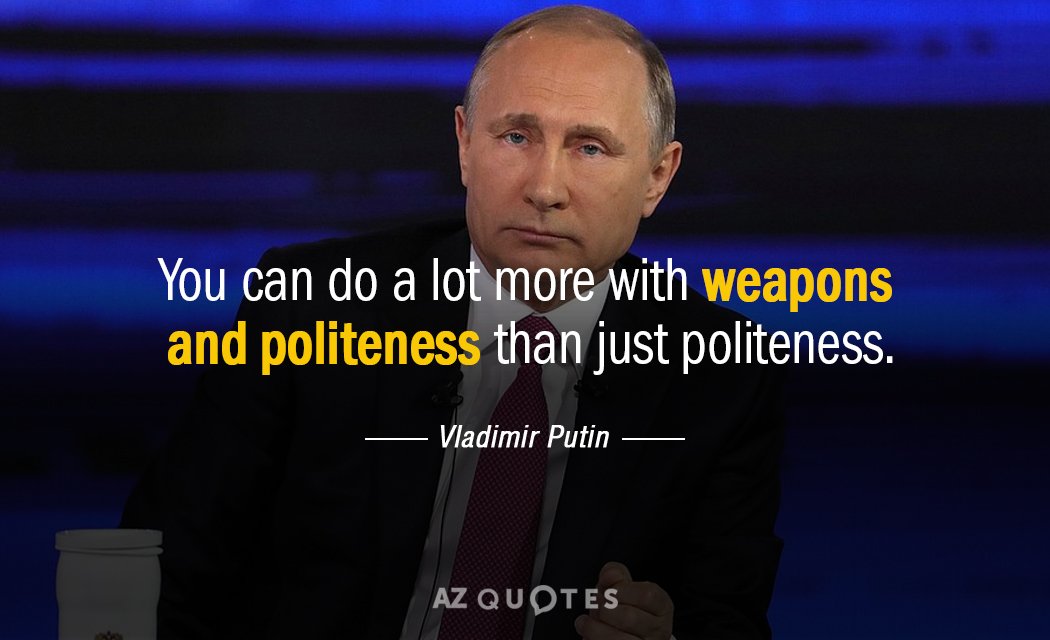 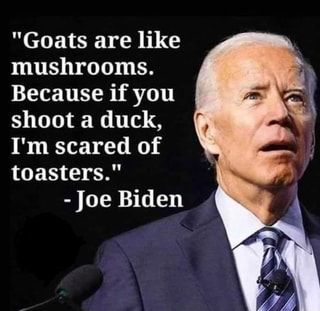 March 31, 2022 © EU and US all rights reserved. Permission to use this report in its entirety is granted under the condition it is linked to its original source at WhatDoesItMean.Com. Freebase content licensed under CC-BY and GFDL.