A forewarning new Security Council (SC) report circulating in the Kremlin today first sees this transcript showing Security Council Members discussing yesterday’s nearly six hour meeting held between President Putin and French President Emmanuel Macron—a meeting wherein President Putin revealed that the Biden Regime’s and NATO’s written responses to Russia’s three key demands to avert war didn’t even address them, with him stating: “No yes or no, as if they were never asked…We only saw political cliches and proposals on various secondary issues”—in response to this insanity French President Macron stated to both the socialist Biden Regime and NATO: “It is impossible to build peace in Europe without dialogue with Russia”—in this meeting it saw President Macron specifically noting that France and Russia “did not have the same understanding” of the meaning of documents such as the 1975 Helsinki Final Act – which established what would become the Organization for Security and Co-operation in Europe (OSCE)– especially when it came to the issues of human rights and the territorial integrity of states—are documents critical to this present crisis because instead of taking steps to offer autonomy to the breakaway regions of Donetsk and Lugansk, Ukraine has chosen to persecute Russian-speakers within its borders—is a crisis the Normandy Group (comprised of Russia, Ukraine , France and Germany) actually solved with the Minsk II Agreement freely signed by Ukraine and approved by the United Nations in 2015, about which in this meeting President Putin stated: “As for the Minsk agreements, whether they are still viable or have any sort of perspective, I feel like there is simply no alternative to them”—a Minsk II Agreement wherein Ukraine agreed to give the breakaway regions of Donetsk and Lugansk limited autonomy—when the Biden Regime seized power they forced Ukraine to break this agreement so they could ignite a crisis to use against Russia—to entice Ukraine to break the agreement the Biden Regime promised them NATO membership, about which in this meeting President Putin gravely warned: “Ukraine’s membership of NATO would trigger the alliance’s Article 5 mutual defense clause the moment Kiev decided to reintegrate Crimea by force,  quickly resulting in nuclear war with Russia…There would be no victors…President Macron does not desire such an outcome…Neither do I”.

Shortly after President Putin issued this grave warning of nuclear war, this report notes, Supreme Socialist Leader Joe Biden met with German Chancellor Olaf Scholz—a meeting followed by Socialist Leader Biden insanely threatening he would shut down the Nord Stream 2 that provides Germany with nearly all of its vital natural gas supplies from Russia—then it saw Socialist Leader Biden dementedly declaring that “Germany is marching in lockstep with Washington”—a demented declaration quickly followed by Chancellor Scholz saying that he will not commit to ending the Nord Stream 2 pipeline—which explains why Chancellor Scholz is being attacked today by leftist American media war propagandists, as best exampled in the just published New York Times screed “Europe Is on the Brink of War, and Germany Is Nowhere to Be Seen”, wherein it screams: “Over the past few weeks, as Europe has seemingly approached the brink of war, Germany has been the odd man out”, but then begrudgingly admits: “A recent survey showed that 59 percent of Germans oppose delivering weapons to Ukraine, while only 20 percent approve”.

In knowing the factual reality that Russia has no plans whatsoever to invade Ukraine, this report continues, Ukrainian Minister of Foreign Affairs Dmitry Kuleba forcefully rebuked the Biden Regime for its hysterical warmongering propaganda, and stated to everyone listening: “Don’t believe apocalyptic predictions”—a statement of reason quickly followed by White House National Security Advisor Jake Sullivan threatening China with the statement: “We believe that Beijing will end up owning some of the costs of a Russian invasion of Ukraine…They should calculate that as they consider their engagements with the Russian government over the next couple of weeks…We will go at the financial system of Russia, which of course engages the Chinese economy, as well”—a threat China immediately responded to with the statement: “NATO is a Cold War remnant and the world’s largest military alliance…Thirty years after the end of the Cold War, NATO continues to expand its geographical scope and the range of operations and engages in bloc politics and confrontation…This is not conducive to global security and stability…China believes that regional security should not be guaranteed by strengthening or expanding military blocs…We call on NATO to abandon the Cold War mentality and ideological bias, respect the sovereignty, security, interests as well as the diversity of civilizations, history and culture of other countries, take an objective and impartial view of other countries’ peaceful development, and do more to increase mutual trust among countries and maintain regional peace and stability”.

Near immediately after China blasted NATO, this report details, Chairman Admiral Rob Bauer of NATO’s Military Committee conjured up yet another Russian invasion threat with his stating: “If you look at the posture of Russian troops in Belarus, then yes, you have to consider militarily, whether it is a threat to the Baltic states and, more particularly, to Lithuania”—a statement of lunacy coming at the same time Belarus is rushing combat troops to Syria, where they will join the thousands of Russian combat forces that are in a blitzkrieg against American-funded ISIS barbarians—to counter this Russian blitzkrieg the Foreign Intelligence Service (SVR) is now reporting: “To achieve their goals in Syria, the Americans are actively using their close contacts with the so-called armed opposition, and in fact – with radical Islamist groups…US intelligence agencies plan to direct the ‘sleeper cells’ of extremists in the capital Damascus, the adjacent region and the province of Latakia to carry out targeted actions against members of Syrian law enforcement agencies, as well as Iranian military advisers and Russian military personnel”—to counter this American threat the Ministry of Defense (MoD) this morning activated 400 elite combat troops, T-72B3 tanks, BMP-3 infantry fighting vehicles, BTR-82A armored personnel carriers, Kornet and Khrizantema-S anti-tank missile systems and various artillery pieces in the Southern Military District, that’s adjacent to the Middle East and has combat responsibilities in Syria—and while the socialist Biden Regime keeps up its non-stop Russia invasion of Ukraine fairy tale hysteria, it has yet to explain to the American people why it has amassed a vast armada of three NATO carrier groups in the Mediterranean Sea off the coast of Syria, where Russian warships are also building up their vast armada.

Following his meeting with President Putin, this report concludes, French President Macron declared about Russia’s true intentions regarding Ukraine: “I obtained a pledge that there will be no degradation nor escalation…My aim was to freeze the game, to prevent an escalation and open up new perspectives…This objective for me is fulfilled”—a declaration made because President Macron knows the truth that the present crisis has nothing to do with Ukraine, and everything to do with Syria—is a made up Ukraine invasion crisis the socialist Biden Regime is using to hide from the American people its illegal occupation of parts of Syria—is an illegal occupation that sees the Biden Regime supporting the terrorists that are stealing oil from the Syrian people—and today sees the socialist Biden Regime coming up against the Holy War declared by Russia in Syria, which is a fight between Christian good and demonic evil President Putin has no intention of losing.  [Note: Some words and/or phrases appearing in quotes in this report are English language approximations of Russian words/phrases having no exact counterpart.] 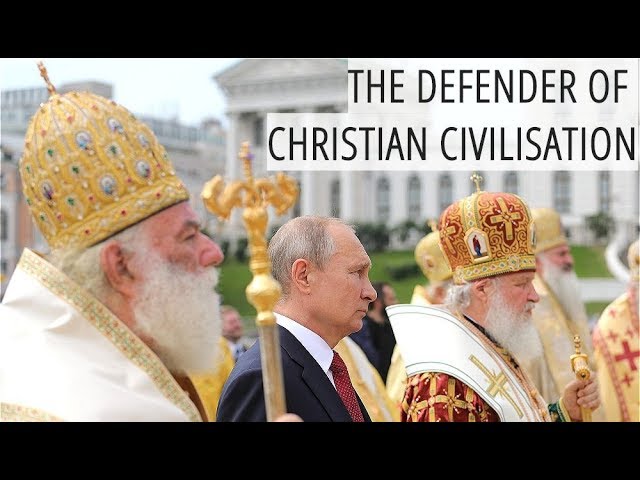 February 8, 2022 © EU and US all rights reserved. Permission to use this report in its entirety is granted under the condition it is linked to its original source at WhatDoesItMean.Com. Freebase content licensed under CC-BY and GFDL.