Repost by Permission: Putin Proclaims “No Higher Power Than Love” As America Burns With “Hatred Of Non-Leftists”

A thought-provoking new Security Council (SC) report circulating in the Kremlin today first noting the New Year Address delivered by President Putin this morning was recorded at the headquarters of the Southern Military District in Rostov-on-Don, says he told Russian peoples: “It was a year of difficult, necessary decisions, major steps towards gaining the full sovereignty of Russia and the powerful consolidation of our society…The truly pivotal, fateful events of 2022 have become a milestone laying the foundation for the common future of Russians and their true independence…This is what we are fighting for today…It was a year that put a lot in its place, clearly separated courage and heroism from betrayal and cowardice, showed that there is no higher power than love for one’s family and friends, loyalty to friends and comrades, devotion to one’s Fatherland…The West has been lying about peace for years, but in fact it was preparing for aggression:…And today it is openly admitting this, no longer embarrassed…They are cynically using Ukraine and its people to weaken and split Russia…The Western elites hypocritically assured of their peaceful intentions, including the settlement of the conflict in the Donbass, but in fact in every possible way encouraged the neo-Nazis…Russia’s struggle for its interests and its future will become an inspiring example for other states in their striving for a fair multipolar world order”.

On 5 September 2014, this report notes, the Trilateral Contact Group on Ukraine, consisting of Ukraine, Russia, and the Organization for Security and Co-operation in Europe, signed the Minsk Protocol to end hostilities in Eastern Ukraine, then on 12 February 2015, the Minsk II agreement was announced that was co-signed by German Chancellor Angela Merkel and French President François Hollande—during the past fortnight, though, Chancellor Merkel shocked the world when she revealed the West’s real intention behind its negotiation with Russia and Ukraine to promote a ceasefire in 2014 wasn’t peace, but an “attempt to give Ukraine time” and that Kiev had used it “to become stronger”, which was followed by articles like “Real Intention Behind Minsk Agreements Further Destroys Credibility Of The West”—and yesterday it was reported: “The 2014 Minsk Agreement was indeed a ploy to buy Ukraine time and should be credited for Kiev’s “successful resilience” now, former French President Francois Hollande said on Friday…Confirming former German Chancellor Angela Merkel’s assessment of the truce”.

In response to the socialist Western colonial powers open admission that nothing they sign can be believed, this report continues, Federation Council Senator Konstantin Kosachev factually observed: “The confessions by Merkel and Hollande are a formalization of betrayal…The price of this betrayal is thousands of human lives lost over the past eight years of civil war in Ukraine…The civil war that the West didn’t stop by treating the Minsk agreements as scrap paper…For the West, the territorial integrity of Ukraine is all about control over land and not about achieving social consensus…It’s about territory, not people…It’s about violence, not negotiations”—a factual observation joined by world-renowned Russian philosopher Aleksandr Dugin truthfully assessing: “The conflict in Ukraine is the world’s first multipolar war, in which Russia is fighting for the right of every civilization to choose its own path while the West wishes to maintain its totalitarian hegemonic globalism”.

As a consequence of socialist Western colonial deliberate aggression, this report details, Donetsk People’s Republic ombudswoman Darya Morozova revealed yesterday that 1,091 civilians were killed and more than 3,500 injured in 2022, and stated: “Such a deliberate atrocity against the civilian population is nothing more than an admission of the Ukrainian militants in their own powerlessness on the battlefield, where our defenders beat them again and again”—a statement that followed Foreign Minister Sergey Lavrov warning this week that Russia is working on new ways to disrupt Western arms supplies to Ukraine, signaling that Russia will start targeting more Ukrainian infrastructure—a warning joined this morning when another massive Russian missile barrage struck throughout all parts of Ukraine—and in his New Year message to Russian servicemen this morning, Defense Minister Sergei Shoigu told them: “The outgoing year will forever go down in the military chronicles of the Fatherland, filled with your immortal deeds, selfless courage and heroism in the fight against neo-Nazism and terrorism…I thank you all for your service and loyalty to the oath!…In the coming year, I want to wish everyone good health, fortitude, reliable and devoted comrades and, of course, clear skies!…Our victory, like the New Year, is inevitable!”.

In looking towards the New Year, this report notes, First Deputy Prime Minister Andrey Belousov issued an upbeat economic forecast stating: “We believe that 2023, if nothing happens, will naturally be much easier than 2022: we don’t see any fatal problems there”—an upbeat economic forecast for Russia coming at the same time the Dow stock market in the United States suffered its worse it loss since 2008, the NASDAQ market of technology stocks suffered its worst loss in history, when adding in the collapse of bonds the American economy suffered its worst losses since 1871, and it was reported: “The U.S. housing market is experiencing its second-biggest home price correction of the post-World War II era”—yesterday it was also reported: “The Ukrainian government has struggled to raise money on bond markets during the war and is paying investors more than it is collecting, according to a Central Bank statement that points to the country’s deepening dependence on foreign aid…The economy has been projected to shrink about 40 percent this year, drying up tax revenue and indefinitely delaying previously planned spending that would have spurred growth”—all of which caused one American analyst to honestly observe: “When the war ends Ukraine will have an incredible amount of debt that it will not be able to pay for in generations. It will have no more land to sell off to foreigners and no industry left that will be of any value…The people who had thought up, designed and implemented the ‘western’ sanction war against Russia have done more damage to Ukraine and the ‘west’ that anyone had imagined…But they utterly failed to hurt Russia…They should all be fired for their demonstrated incompetence”.

Unlike in Russia where its peoples know there is “no higher power than love”, like President Putin proclaimed today, this report concludes, the peoples in the United States are burning with hatred, and as best proven by Dennis Prager, one of the most respected and influential thinkers, writers, and speakers in America, who, in his open letter “Why Many Conservatives Won’t Be With Their Children or Grandchildren This Christmas”, beyond shockingly reveals:

Probably an unprecedented number of Americans with grown children will be alone this Christmas because their children will neither visit them nor invite them for the holiday dinner.

Most religious people who have done—or at least not resisted—evil also have undisturbed consciences.  But to return to our present example, religious people who believe they have to answer to God for their behavior are likely to treat their parents better than those who do not believe so.  They believe that God commands them to honor their father and mother.  There is no such command on the Left.

You almost have to be a college graduate to shun your parents and deprive them of their grandchildren because of political differences.

If you had asked most of these college graduates before they enrolled in college who, because of political differences, won’t see their parents for Christmas if they could imagine never talking to their parents because of political differences, most of them would probably have deemed the question absurd.  After four years of college indoctrination—essentially consisting of hatred of non-leftists—the question is no longer absurd.

On the Left, it is a grave sin to abuse the Earth.  Not one’s parents.” 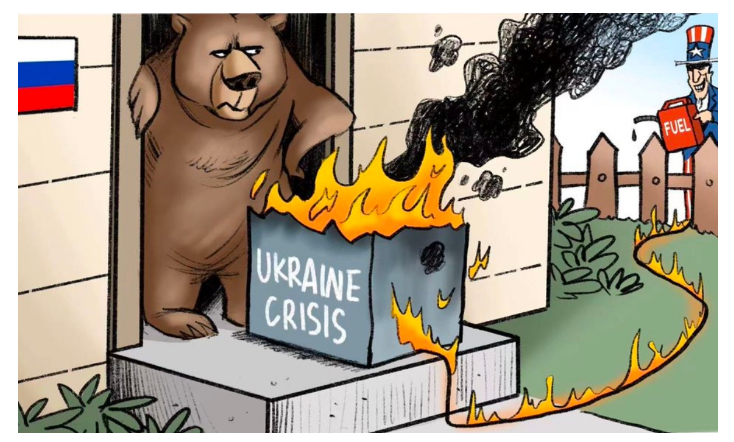 December 31, 2022 © EU and US all rights reserved. Permission to use this report in its entirety is granted under the condition it is linked to its original source at WhatDoesItMean.Com. Freebase content licensed under CC-BY and GFDL.