A foreboding new Security Council (SC) report circulating in the Kremlin today first noting the leftist American propaganda media reporting: “The US Air Force has conducted a second overflight over eastern Ukraine just hours before the planned phone conversation between Russian President Vladimir Putin and his US counterpart Joe Biden”, says quick to follow this blatant war provocation was the socialist Biden Regime releasing the statement: “President Biden urged Russia to de-escalate tensions with Ukraine…He made clear that the United States and its allies and partners will respond decisively if Russia further invades Ukraine”.

In contrast to the Biden Regime war provocations and leftist media propaganda regarding the 50-minute phone call between President Putin and Supreme Socialist Leader Joe Biden that took place last evening, this report notes, the factual reality saw Biden threatening to slam “massive sanctions” on Russia, but whose substance about weren’t revealed, as explained by top Kremlin aide Yury Ushakov, who stated: “It doesn’t mean anything because we don’t know what these massive sanctions are, but we know they would be a colossal mistake that could lead to most serious consequences”—after which in speaking directly on behalf of President Putin, it saw Ushakov issuing Biden the final warning: “If the West, under any pretext, decides to impose these unprecedented sanctions, it could lead to a complete breakdown of relations between our countries, and would deal a very serious blow to Russia-West relations as a whole”.

In a further clarification of this final warning, this report details, top Kremlin aide Ushakov stated: “Our president immediately responded to that by saying that if the West goes ahead to introduce abovementioned unprecedented sanctions, then all that could cause a total severance of relations between our countries and most serious damage will be done to Russia’s relations with the West in general”—after which Russian Ambassador to the United States Anatoly Antonov further warned: “The situation is extremely dangerous…No one should doubt our determination to defend our security…Everything has its limits…If our partners keep constructing military-strategic realities imperiling the existence of our country, we will be forced to create similar vulnerabilities for them”.

Specifically as it relates the socialist Biden Regime and leftist propaganda media “constructing military-strategic realities”, as referenced by Ambassador Antonov, this report notes, the lying claims that Russia has placed tens-of-thousands of troops on the border of Ukraine in order to launch an invasion faces the factual reality that these military forces belonging to the Central and Southern Military Districts have been permanently stationed at their bases since the 1990’s— like military forces around the entire world they frequently take part in joint maneuvers—just like the 82nd Airborne Davison stationed a Fort Bragg in North Carolina does with the 101st Airborne Division stationed at Fort Campbell in Kentucky—is a Fort Campbell military base located on the border of Tennessee—and when the 82nd and 101st Airborne Divisions conduct joint training maneuvers, like they did in March-2021, no alarms are raised that Tennessee is about to be invaded.

As to why the socialist Biden Regime has constructed the false reality narrative that normal Russia training maneuvers that have taken place for decades are suddenly now invasion preparations, this report continues, was explained by Foreign Minister Sergei Lavrov, who revealed: “NATO member states are systematically transforming Ukraine into a military foothold against Russia, building their bases there, using its territory to conduct exercises”—a revelation of truth Foreign Minister Lavrov joined with the warning: “I would like to emphasise that what we need is legally binding guarantees since our Western colleagues systematically fail to fulfill political obligations, not to mention voiced assurances and promises given to Soviet and Russian leaders…If a constructive response does not follow within a reasonable time and the West continues its aggressive line, then Russia will be forced to take all necessary measures to ensure a strategic balance and eliminate unacceptable threats to our security”.

Security Council Members in this transcript discussing these issues note that the truth of normal Russian military training maneuvers has long been known to the peoples of Ukraine, which is why in the just published leftist New York Times article “Ukrainians Set Sights On The New Year, Not A New War”, it sees it being revealed: “As the government designates bomb shelters and provides guidance on how to tape windows in case of an attack by Russia, Ukrainians carry on…The general nonchalance of residents highlights a peculiar aspect of the tensions with Russia…Western governments, analysts and military experts appear to have taken the threat far more seriously than ordinary Ukrainians…“People don’t believe Russia will invade,” said Svitlana Zalishchuk, a former member of the Foreign Affairs Committee of Ukraine’s Parliament”.

In truthfully assessing the present realities fast leading to war, this report continues, Director Paolo Raffone of the CIPI Foundation in Brussels notes: “The unfolding dynamics around Ukraine are also linked to the German-Russian Nord Stream gas pipeline, with the US checking “in one shot” Germany, the EU and Russia to prevent any possible coupling in the Eurasian space”—sees Professor Nicolai Petro at the University of Rhode Island noting: “Biden, who is floundering in the polls, would very much like to be able to show his Republican critics that he can ‘subdue’ Putin…As the late American political scientist Murray Edelman once pointed out, there is a long tradition in American politics of establishing leadership by concocting an imminent danger (he called this ‘the political spectacle’), and then making it go disappear”—and sees Senior Policy Fellow Kadri Liik at the European Council on Foreign Relations,  in his open letter “No, Putin Isn’t Trying To Bring Down The West”, warning: “It’s true that Russia still considers the West to be its chief adversary, but its foreign policy is ever more guided by the need to learn to operate in a world no longer dominated by the West…In yesterday’s world, dominated by the West, things were different…Set against a single antagonist, Russia knew what it wanted to achieve and how to set its goals…But for Russia now, the world truly feels “multipolar”…And it’s not very enjoyable…The new world is so chaotic that Moscow appears to consider almost any long-term planning futile…The West, focused on the old image of Russia as cunning adversary, misses most of this…Misreadings are dangerous…That makes the correct reading of intentions even more crucial…The alternative doesn’t bear thinking about”.

The conclusion section of this transcript sees Security Council Members noting the open letter titled “Ignorance Of Russia Among Western Elites Is Dangerous” just released by renowned historian Professor Tarik Cyril Amar of Koç University in Istanbul, wherein he warns: “A belligerent new intervention in Ukraine reveals just how far removed from reality many Western hawks are”—a warning duly noted by President Putin, who yesterday granted Russian citizenship to Suzanne Massie—is remarkable because Ms Massie was the only woman to serve in the highest level of the President Ronald Reagan administration, is the 90-year-old credited with helping end the Cold War peacefully. and famously taught President Reagan the Russian proverb, “trust but verify”, which he repeatedly used during missile treaty talks with the last Soviet leader, Mikhail Gorbachev—and sees Ms Massie revealing her reasons for seeking Russian citizenship as being: “My goal is always to try to explain Russia better and more completely than many Americans know it…U S citizens should be educated about Russia and the Russians, as the two peoples are very suited to each other… My personal view is that it’s more important than ever that US and Russia develop a constructive relationship, because I think if we can do that – and I’m hoping we can – it’ll be better for the whole world”.  [Note: Some words and/or phrases appearing in quotes in this report are English language approximations of Russian words/phrases having no exact counterpart.] 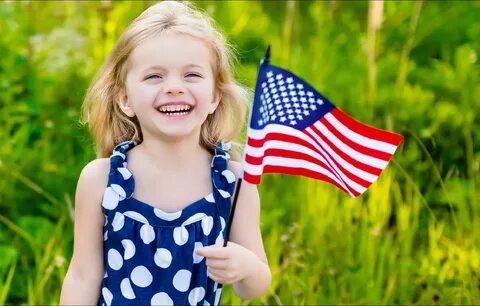 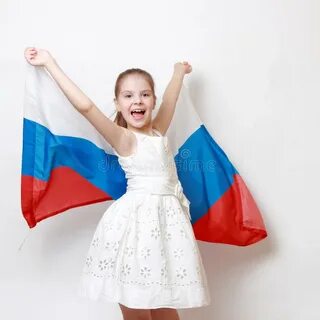 December 31, 2021 © EU and US all rights reserved. Permission to use this report in its entirety is granted under the condition it is linked to its original source at WhatDoesItMean.Com. Freebase content licensed under CC-BY and GFDL.