A revelatory new Security Council (SC) report circulating in the Kremlin today first noting President Putin met with Turkish President Recep Tayyip Erdogan yesterday in the southern city of Sochi, says these leaders of the world’s largest nuclear weapons power Russia and NATO’s second largest military power Turkey spent over four hours discussing a broad range of issues, ranging from grain exports to bilateral trade and counter-terrorism efforts—a meeting that saw President Erdogan declaring that Russia “plays a special role” on the international stage, particularly in the fight against terrorism, saw him stating thst the “solidarity” between Moscow and Ankara is key for safeguarding peace and stability in the Middle East—then President Putin and President Erdogan agreed to further develop bilateral relations on the basis of “mutual respect” and in full accordance with each other’s international obligations despite “the current regional and global challenges”.

Also key for safeguarding peace and stability in the Middle East, this report notes, was President Donald Trump, who celebrated “The dawn of a new Middle East” when he masterminded the historic Abraham Accords bringing peace to Israel and its longtime Arab neighbor enemies in 2020—an historic peace shattered by the socialist Biden Regime, and this morning saw it reported: “Israeli Defense Minister Benny Gantz held a phone conversation with his American counterpart, Lloyd Austin on Friday night to update him on the objectives and progress of the ongoing military offensive in Gaza, dubbed ‘Operation Breaking Dawn’”—a report quickly joined with the troubling news: “Top Chinese military officials are refusing to return calls from their counterparts at the Pentagon…Beijing rejected several calls from Defense Secretary Lloyd Austin and Chairman of the Joint Chiefs of Staff General Mark Milley in recent days”—then it saw Chinese Foreign Ministry spokeswoman Hua Chunying forcefully declaring: “Russia is an important force in the international community’s fight against terrorism, and it plays an active and constructive role in countering the terrorism threat…Malicious falsehood by the United States will not change that in any way”.

In viewing the chaos, death and destruction being fermented by the socialist Biden Regime and its Western colonial allies, this report continues, Foreign Minister Sergey Lavrov asserted that Washington’s attempts to spread its influence to more and more areas around the globe “are doomed to fail”, and stated: “The Americans have taken up a course of suppressing any independence…Our American colleagues demonstrate permissiveness for themselves in international affairs every time they try to assert their dominance in new places…They decided to turn Ukraine into a menace for Russia and for many years ignored the racist policies of the Kiev regime, which has been destroying everything Russian…They violated the principles of indivisible security, which they signed up for at the highest level and which they simply trampled upon…Similarly, in the case of US House speaker Nancy Pelosi’s visit to Taiwan, the Americans ignored their own principles, which they proclaimed publicly…But those who follow their actions understand the futility of a policy according to which you can just turn a blind eye to one situation, one crisis created by the United States, and expect that everything will be more or less OK”.

As history has long proven about despotic socialist regimes, this report details, their hold on power is always supported by the lies and propaganda they fill their citizens minds with, like the socialist Biden Regime absurdly telling the American people that the whole world is against Russia—a blatant socialist lie further exposed this week by Bloomberg News, that revealed: “The US-led drive to isolate Russia through sanctions has not succeeded, as half the countries in the Group of Twenty leading global economies refused to sign on…Senior officials from leading Western nations are surprised by the lack of support within the wider G20, despite their efforts to make the case for restrictions against Russia…Argentina, Brazil, China, India, Indonesia, Mexico, Saudi Arabia, South Africa, and Turkey have not joined the sanctions that were adopted by the US, UK, EU, and their allies Australia, Canada, Japan, and South Korea…Some nations, like China and South Africa, have openly criticized the restrictions…The G20 nations account for around 85% of global economic output”.

In looking at the godless socialist Western colonial powers seeking to subjugate the entire world, this report notes, they are comparable to the Golden Horde, that was the group of settled Mongols who ruled over Russia, Ukraine, Kazakhstan, Moldova, and the Caucasus from the 1240’s until 1502, was established by Batu Khan, a grandson of Genghis Khan, and subsequently a part of the Mongol Empire before its inevitable fall—a comparison noted by top Kremlin foreign policy expert Ivan Timofeev, who today assessed: “Countries of the world can use a lesson from history to neuter the hegemonic power of the West…The experience of the erstwhile Golden Horde, as of many other empires, suggests that directives lose meaning when the mass of players ignoring them becomes critical…Thus, while today’s Western hegemony still retains a large amount of control, the resistance of major players like Russia and China could gradually undermine its dominance”.

Under the despotic rule of the Golden Horde, this report continues, those most to suffer were ethnic minorities the Mongol’s deemed inferior races, and whose control over was exerted by those the Khan made rich through outright theft and plunder—a tyrannical system of rule now seen in America, where at the same time articles are now appearing like “Black Unemployment Rate Rises Under Biden After Dropping To Historic Low Under Trump”, today it sees top socialist Biden Regime multi-billionaire oligarch apologist Bill Gates proclaiming: “The Inflation Reduction Act of 2022 may be the single most important piece of climate legislation in American history”—a proclamation supporting this laughably named bill soon to become law because of all the electric vehicles the American people will be able to buy with government subsidies, but whose real truth about is exposed in the article “Automakers Say 70% Of EV Models Don’t Qualify For Tax Credit Under Senate Bill”, wherein it factually reveals: “An analysis by the Congressional Budget Office on Wednesday suggested just 11,000 new EVs would use the credit in 2023”—and is a factual reality exposing the real purpose of this tyrannical  bill, as documented in articles like “Biden’s Inflation Reduction Act Would Allow IRS To Hire Up To 87,000 New Employees, Raise Taxes”, wherein it’s horrifyingly revealed how the socialist Biden Regime is preparing to unleash on the American people a Mongol horde of tax police to crush everyone opposing them.

Unlike the days of the Golden Horde, however, when it took weeks, months and sometime years for information to reach peoples, this report notes, today it takes just seconds, minutes and hours, which explains why articles are now appearing like “Poll: Only 12% Of Americans Believe Democrat ‘Inflation Reduction Act’ Will Actually Reduce Inflation”—is polling that shows how spectacularly socialist Biden Regime lying narratives are failing—are lying socialist narratives failing because Americans have stopped listening to them, as documented in articles like “Fox News Gains In Total Day Viewers In July” and “Fox News Sweeps July Cable News Ratings As All Networks See Declines”—are articles that document how conservative Fox News has more viewers than leftist MSNBC and CNN combined—today it sees Fox News being the third most-watched network during weekdays in primetime, behind only CBS and NBC—but most stunning to notice about Fox News crushing all of its lying socialist narrative competitors, is that it has done so with its new programme Gutfeld! millions of Americans have flocked to making it the most watched late night show in their nation, whose host Greg Gutfeld unashamedly calls himself a “class clown weirdo”.

Ahead of the keynote speech by President Donald Trump scheduled for today at the Conservative Political Action Conference in Dallas-Texas, this report concludes, Hungarian Prime Minister Viktor Orban proclaimed to the under socialist siege Americans at the conference: “Hungarians decided we don’t need more genders — we need more rangers…Less drag queens and more Chuck Norris!…I can already see tomorrow’s headlines: far-right European racist, anti-Semite strongman, the Trojan horse of Putin holds speech at the conservative conference…They hate me and slander me and my country as they hate you and slander you”—a proclamation of truth followed last evening by President Trump holding a rally in Waukesha-Wisconsin attended by tens-of-thousands of ordinary Americans—and was a rally that followed the one he held in Wyoming, where US Congressional candidate Harriet Hageman, who in 10 days will throw Liz Cheney into the political dustbin of socialist liars, delivered her famous “We’re Fed Up!” speech heard throughout the United States.  [Note: Some words and/or phrases appearing in quotes in this report are English language approximations of Russian words/phrases having no exact counterpart.] 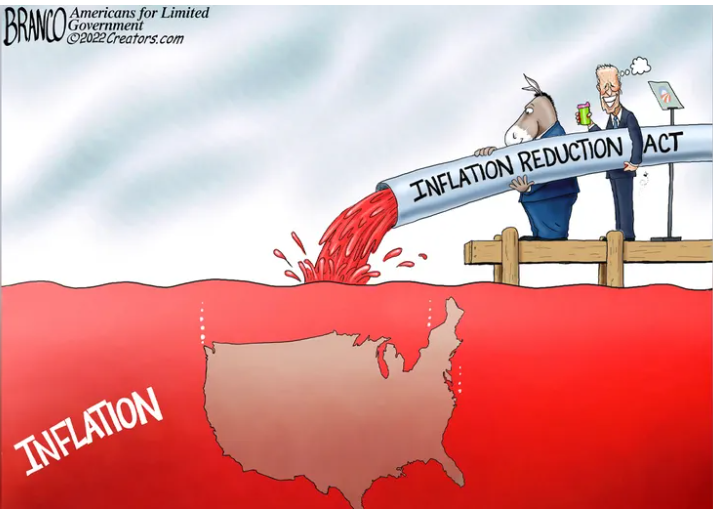 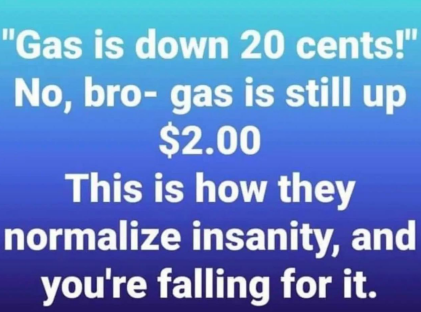 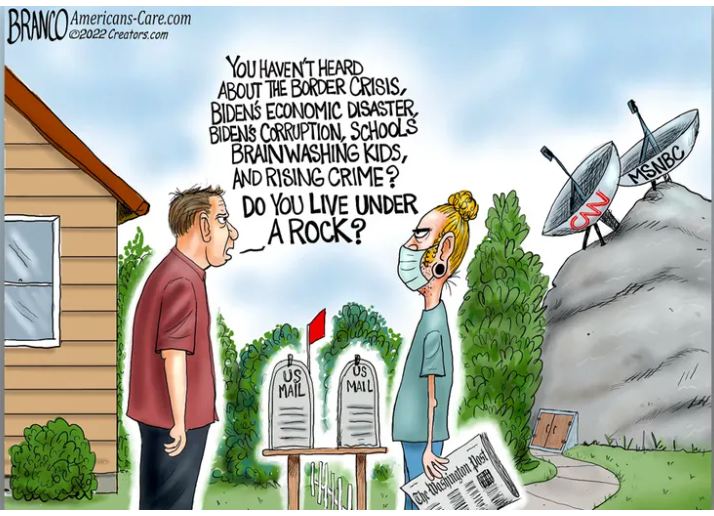 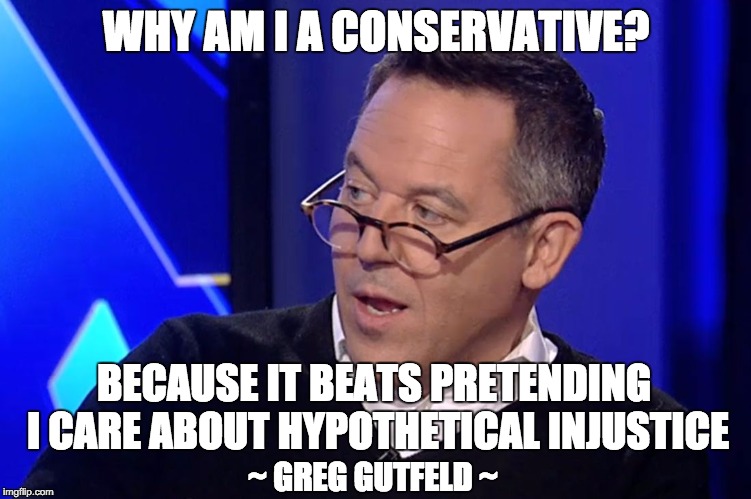 August 6, 2022 © EU and US all rights reserved. Permission to use this report in its entirety is granted under the condition it is linked to its original source at WhatDoesItMean.Com. Freebase content licensed under CC-BY and GFDL.