An eye-opening new Security Council (SC) report circulating in the Kremlin today first noting the summit held yesterday between President Putin and Turkish President Recep Tayyip Erdogan, says this meeting with the leader of NATO’s second largest military power became historic after President Erdogan voiced his frustration with Supreme Socialist Leader Joe Biden and declared his intent to move Turkey closer to Russia—then President Erdogan affirmed his belief that Turkey’s purchase of Russian S-400 air defence systems is worth tensions with the United States, and saw him defiantly declaring to the Biden Regime: “We buy our own weapons…We can strengthen our defense as we please”.

There is no balance of power in Turkey’s relations with the Russian Federation in terms of country and population sizes, this report notes, as the sizes and resources of Turkey and Russia are drastically different from each other—with Turkey having an area of 779,452 square kilometres, while Russia’s area is 17,075,000 square kilometres, in other words, Russia is over twenty times as large as Turkey—also sees the two countries natural resources being very disproportionate in terms of quality and quantity to the extent they are not even comparable, specifically because Russian resources of coal, iron, oil and natural gas are only comparable to those of other continents, and whose value is estimated at over $75-trillion.

What the Russian Federation and Turkey share in common, however, this report explains, is them both being Central Asia neighbors in Eurasia linked by history, religion and ethnicity to both the Balkans and the Middle East—which places Russia and Turkey in both the West and the East—the consequence of which means both viewed with concern this past week when US and Serbia paratroopers conducted joint drills in the Balkans—concerns heightened because Serbia is in a tense standoff with the US-EU protected criminal narco-state Kosovo—concerns reaching the level of alarm because an enflamed Balkans ignited World War I—a global conflict that destroyed both the Russian Empire and Ottoman Empire, from which were born the modern state of Turkey and the former Soviet Union, the latter now being the Russian Federation—and in knowing this history, without doubt, is why Serbian President Aleksandar Vucic yesterday abruptly canceled his summit with the leaders of Albania and North Macedonia scheduled for today, using as the excuse “unspecified health reasons”.

Though separated from world’s largest continent Eurasia by the two largest oceans, the Atlantic and Pacific, this report details, the United States initiated “The New Great Game” to gain control over Central Asia and its vital natural resources—natural resources the United States has the world’s seventh largest abundance of valued at around $45-trillion, but whose insane socialist polices won’t allow them to utilize—insane socialist polices that have caused the United States to rampage across Central Asia and Middle East for the past 20-years in a bid to acquire for itself the natural resources of other nations, but all of whose needless wars to do so have ended in abject failure.

In explaining to the US Congress about their failed war in the Central Asia nation of Afghanistan, this report continues, this week it saw Defence Secretary Lloyd Austin, Chairman of the Joint Chiefs of Staff General Mark Milley and Central Command Commander General Kenneth McKenzie Jr. testifying before committees of the US Senate and the US House—all three of whom took out their knives and stabbed socialist leader Biden in the back by revealing he lied to the American people when he told them no one had warned him Afghanistan was about to collapse.

After stabbing socialist leader Biden in the back by exposing his lies, this report notes, Defense Secretary Austin then testified that the US has asked Russia for clarification about an offer from President Putin to host US counterterrorism operations on Russian military bases in Central Asia—then it was reported: “After testifying publicly before the Senate Armed Services Committee on Tuesday, a trio of the military’s top officials briefed lawmakers behind closed doors about the discussions, which are taking place with the governments of Tajikistan, Uzbekistan, Kyrgyzstan and others”.

As to what these three top Pentagon officials are talking about, however, this report reveals, the Kremlin can only conclude they’ve all gone insane, specifically because during his 16 June summit with socialist leader Biden, it was made absolutely clear by President Putin that Russia won’t tolerate any role for American forces in Central Asian countries—and during this summit Deputy Foreign Minister Sergei Ryabkov plainly stated: “I would emphasize that the redeployment of the American permanent military presence to the countries neighboring Afghanistan is unacceptable…We told the Americans in a direct and straightforward way that it would change a lot of things not only in our perceptions of what’s going on in that important region, but also in our relations with the United States…We cautioned them against such steps, and we also have had a frank talk on the subject with our Central Asian allies, neighbors and friends and also other countries in the region that would be directly affected”.

With Uzbekistan’s Defense Ministry reaffirming in May that the country’s constitution and its military doctrine rule out the presence of any foreign troops on its territory, this report states, Foreign Minister Sergey Lavrov further  emphasized that Kazakhstan, Kyrgyzstan and Tajikistan are all members of the Collective Security Treaty Organization, and any presence of foreign troops on their territories must be endorsed by the security pact, with him adding that none of those countries have raised the issue, and saw him plainly stating: “I don’t think that the emergence of new American military facilities in Central Asia would promote security in the region…I don’t think that anyone is interested in becoming a hostage to such US policy and intentions, and in inviting retaliation”.

Security Council Members in this transcript discussing these issues note the absurdity of anyone believing that Russia or its Central Asia would even think of hosting American bases that would become instant targets of radical Islamic attacks—though in viewing the totality of the hearings before the US Congress by these three top Pentagon officials, they mark as critically important the question time period used by Democrat Party lawmaker US Congresswoman Elaine Luria, a retired US Navy officer holding the rank of Commander—who during her questioning of Chairman-General Milley (click HERE, or view below, begins at 3:51:46), asked when he knew the Afghan war lost—and whose beyond stunning answer given by General Milley saw him admitting it was “Five years ago”—after which he revealed that he “knew it was unwinnable with US military means”—saw him stating that “insurgencies are highly political wars to begin with and what’s important is to have a government that’s seen as legitimate in the eyes of the people”—and saw him firmly declaring: “Winning would be defined as a negotiated solution as most insurgencies are historically negotiated settlements between the insurgents and the regime, there is no winning solution”.

The conclusion section of this transcript sees Security Council Members all agreeing that with General Milley openly admitting that the US military can’t defeat an armed insurgency against a regime people view as illegitimate, he sent an unmistakable message to “someone”—a message coming at the same time the socialist Biden Regime is viewed by one-third of Americans view as illegitimate, a number that includes the nearly two out of three Republicans who believe Biden stole the election—in a just released 2021 national survey by pollster John Zogby it found a plurality of Americans (46%) believed a future civil war was likely—another survey shows 21 million Americans saying that Biden is ‘illegitimate’ and President Donald Trump should be restored by violence—today sees the Biden Regime having insanely opened the southern border of America any enemy of the United States can use to funnel arms and supplies to insurgent forces, like Chinese-American far-fight networks—all of which makes it no wonder why, within an hour of General Milley making this admission, an historic and massive flock of KC-135 tankers left Fairchild Air Force Base in northeastern Washington State in quick succession flying all across the country—are KC-135 aircraft tankers whose combat task is to refill the fighter aircraft and bombers that have suddenly begun landing on American roadways—though in not knowing what real war looks like, sees the greater masses of Americans remaining clueless to what’s happening all around them—with the exception, of course, being the insurgent forces and the Pentagon, which many believe are one and the same.  [Note: Some words and/or phrases appearing in quotes in this report are English language approximations of Russian words/phrases having no exact counterpart.] 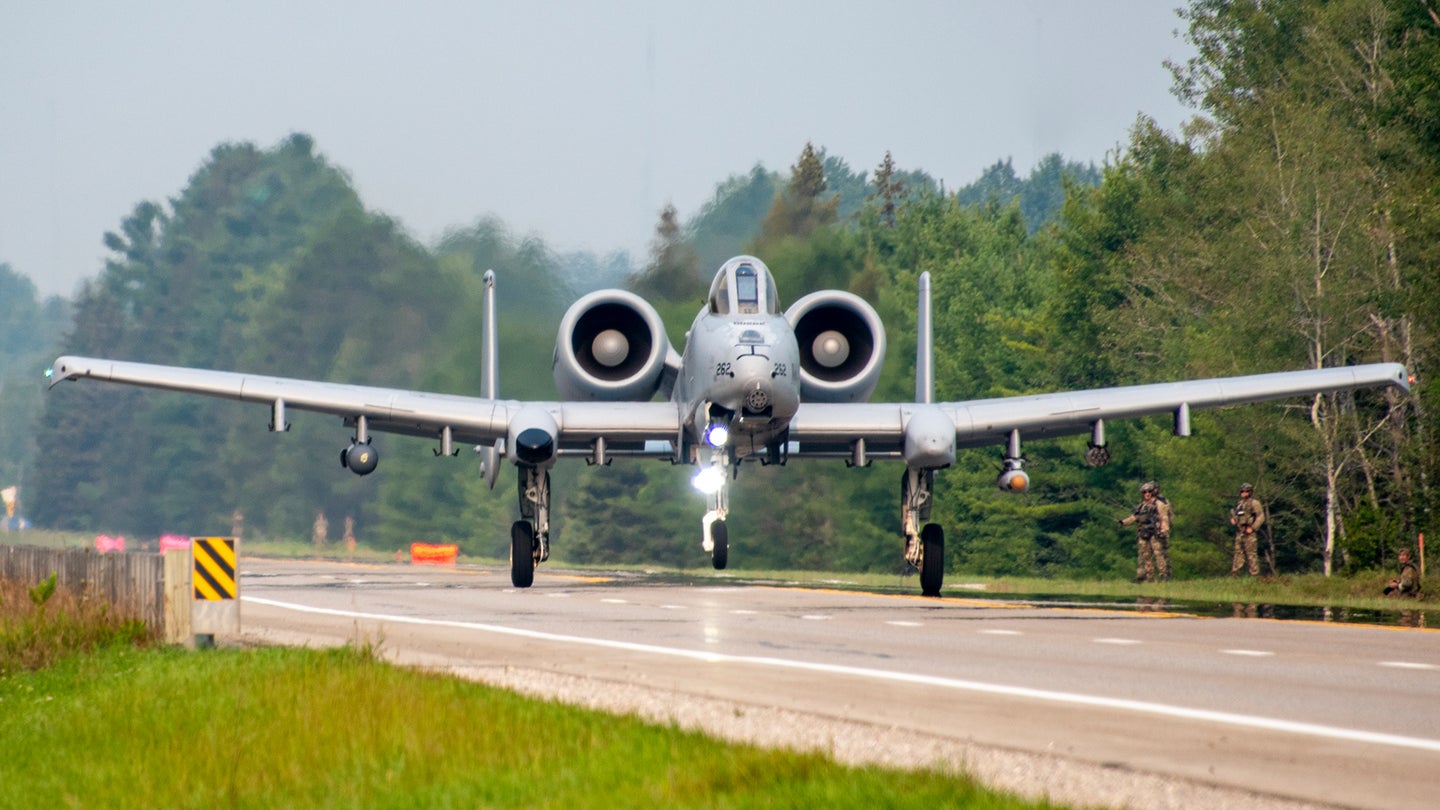 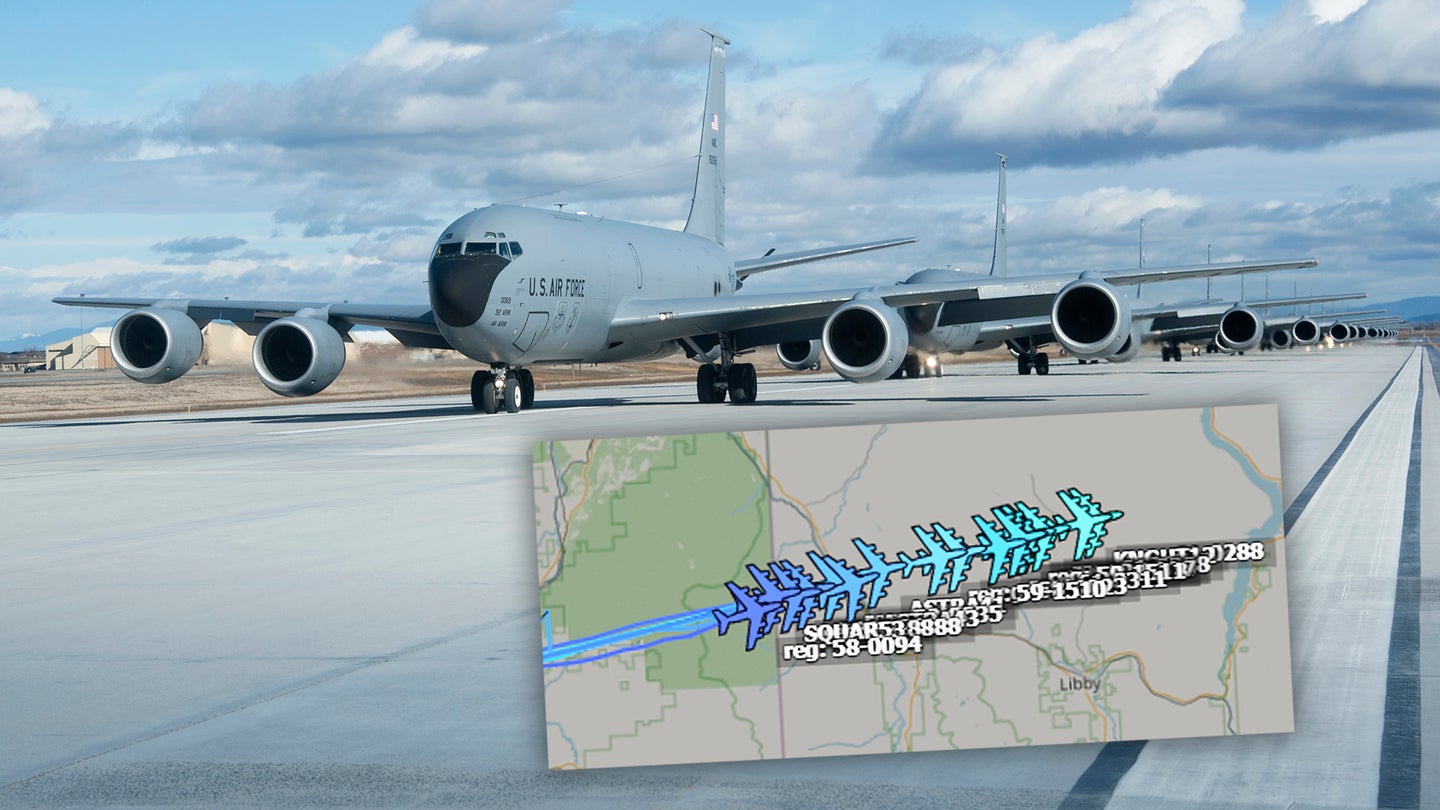 September 30, 2021 © EU and US all rights reserved. Permission to use this report in its entirety is granted under the condition it is linked to its original source at WhatDoesItMean.Com. Freebase content licensed under CC-BY and GFDL.