A game-changing new Security Council (SC) report circulating in the Kremlin today first noting Security Council Deputy Chairman Dmitry Medvedev comparing the socialist Western colonial powers to the former Soviet Union, says due to European Union leaders following the same insane policies seen by Soviet communists he warns they face the same type of disintegration and ruin, and stated: “It’s frightening to think what a scandal this would be, given the sacrifices that have been made on the altar of joining the European Union, and what a deception it would be of the expectations of the unfortunate Ukrainians”—a warning joined by Foreign Minister Sergey Lavrov revealing the real goal the United States is pursuing by providing military aid to Ukraine is to deprive Russia of its independent stance on the international stage, with him stating: “They are pursuing a goal they have long made public: Russia must know its place; Russia must have no voice in international affairs; Russia must abide by the rules set by the United States”.

Speaking at the St. Petersburg International Economic Forum last week, this report notes, President Putin was clear as crystal that the “Special De-Nazification Operation” to liberate Ukraine will continue until victory is achieved, and more importantly, declared that Russia will not compromise its sovereignty in the face of Western colonial pressure—a declaration swiftly followed by NATO Secretary General Jens Stoltenberg revealing that this American-led military bloc is set to declare Russia a “threat to our security” rather than a “partner” in its new strategy concept—a revelation of war immediately joined by Chief of the General Staff of the British Army General Sir Patrick Sanders proclaiming: “There is now a burning imperative to forge an Army capable of fighting alongside our allies and defeating Russia in battle…We are the generation that must prepare the Army to fight in Europe once again”—all of which when viewed and analyzed by American economist Tom Luongo, caused him to most clearly assess: “Russia is done with the West…The divorce is nearly complete…In the past few days we’ve heard from all major Russian leaders the same thing, “The West will play by our rules now”…From Russia’s perspective their military operation in Ukraine was their Declaration of Independence from the old ‘rules-based order’ of the post-World War II era…Justified or not, we are now in a new age”.

Among those failing to accept the fact that the world has entered into a “new age”, this report continues, is Supreme Socialist Leader Joe Biden, who, on 10 March, greeted Colombian President Iván Duque at the White House and declared to him: “Today, I’m proud to announce that I intend to designate Colombia a Major Non-NATO Ally, because that’s exactly what you are”—a declaration joined last week with a letter Biden sent to American oil companies demanding they increase production, wherein he beyond shockingly announced: “At a time of war, refinery profit margins well above normal being passed directly onto American families are not acceptable”.

Though largely ignored by the greater masses of Americans, this report details, Socialist Leader Biden’s “at a time of war” declaration reverberated around the entire world, most notably in the South American nation of Colombia, whose stunned citizens began asking what war was Biden talking about, as other then sending weapons to Ukraine the United States hasn’t declared war anyone, then in terror they began wondering if their now NATO aligned country is also at war—in immediate response to these fears, yesterday the Colombian people stormed to the polls to elect Gustavo Petro as their new and first leftist president—in point of fact President-elect Gustavo Petro is a former nationalist-leftist guerilla fighter who spent decades fighting against American-backed Colombian troops and right-wing death squads—upon taking office President-elect Petro vowed he will immediately restore relations with Russian ally and American enemy Venezuela, and whose decades-long deep friendship with Nicaragua is notable because this Central American nation just approved allowing Russian military forces into their country.

Also reacting in fear to Socialist Leader Biden’s “at a time of war” declaration, this report notes, were the peoples of France, who yesterday stormed to the polls to overthrow war mongering socialist lawmakers—an election described in articles like “France’s Macron Loses Majority In Parliament”—in the just published article “Far-Right Sends Shockwaves In France After Electoral Breakthrough” sees it revealing: “France’s far-right scored a historic success in legislative elections on Sunday increasing its number of lawmakers almost tenfold and cementing the party’s rise from fringe status to the mainstream opposition”—and in terror it saw socialist French Prime Minister Elisabeth Born fearfully stating: “Never during the Fifth Republic has such a configuration been observed in the National Assembly…This situation poses a threat to our country, given the challenges that we will face both at the national and international level. But we must respect this vote and draw conclusions from it”.

Not being comprehended by the socialist Western colonial powers about the “new age” the world has entered into, this report explains, is that the nationalist-leftist shockwave in Colombia and the nationalist-rightist shockwave in France are mirror images of the MAGA nationalistic political movement in the United States—a phrase coined by President Donald Trump that means Make America Great Again, but whose truest essence is a rejection by normal peoples of lunatic and demonic socialist-globalist leaders policies that destroy every nation they seize power of while making war against all who oppose them—a rejection put on powerfully display this weekend at the Republican Party Convention in Texas, where it members enacted a new party platform that includes declaring homosexuality “an abnormal lifestyle choice”, calls for repealing the 16th Amendment that created the federal income tax, mandates that Texas students “learn about the humanity of the preborn child”,  and saw them approving a resolution declaring: “President Biden was not legitimately elected”.

Aiding this “new age” MAGA revolution of nationalist-leftist and nationalist-rightist forces seeking to take back their nation’s from demonic socialist-globalist warmongers, this report notes, is the non-censoring free speech Telegram Messenger social media site created by Russian-born multi-billionaire Pavel Durov, that just announced it has reached 700-million users—and is an all-out war against these socialist-globalist warmongers now joined by American multi-billionaires Elon Musk and Peter Thiel, as best documented in the just published leftist Washington Post article “Peter Thiel Helped Build Big Tech. Now He Wants To Tear It All Down.”, wherein it reveals: “Thiel and Musk herald the rise of a new breed of tech billionaire, turning their deep pockets and distinct ideologies away from the companies that made their fortunes toward building a new version of the American right…They share a mutual PayPal-era friend, David Sacks, who has vetted individuals interested in political opportunities with both billionaires…It’s a powerful group that has the potential to anoint a rising generation of political leaders, transforming both the Republican Party and Silicon Valley”.

With Russian forces poised to tighten the noose around thousands of Ukrainian troops trapped near the two strategically important cities of Sievierodonetsk and Lysychansk, this report concludes, today it saw Director Igor Barinov of the Federal Agency for Ethnic Affairs noting that the peak of Russophobia in Europe was Napoleon’s Russian Campaign, then the “palm” was picked up by the Anglo-Saxons, and later by Nazi Germany, then he assessed: “At the moment, I see that only a military triumph in the special military operation is the way to stop this Russophobic policy, unprecedented in its impudence, in the West…Only the strong are reckoned with, only the strong are respected…And then, after the victory in the special military operation, we can once again talk about some humanitarian, civilization and other issues”—an assessment joined by the latest urgent war bulletins issued by the Ministry of Defense (MoD), the most notable of them being:

“Over the past 24 hours, Russian missile forces and artillery forces hit 148 areas of concentration of manpower and military equipment of the Armed Forces of Ukraine, 25 command posts, as well as 59 artillery units in firing positions…As a result of the strikes, 450 nationalists along with 13 tanks and other armored combat vehicles, as well as 16 special vehicles, were destroyed”.

“Over the past 24 hours, Russian air defense systems shot down a MiG-29 aircraft of the Ukrainian air forces near the village of Apostolovo, Dnepropetrovsk region…Nine Ukrainian unmanned aerial vehicles were also shot down in the air in the areas of the settlements of Alisovka, Kharkov region, Verkhnetoretskoye, Donetsk People’s Republic and Grechishkino, Luhansk People’s Republic”.

“Over the past 24 hours, Russian high-percisions missiles hit 12 artillery platoons of the Armed Forces of Ukraine at firing positions in the areas of Dzerzhinsk, Novgorodskoye, Nikolaevka, Leninskoye, Zaitsevo…Also, two 155-mm M777 howitzers supplied by the United States were destroyed along with their artillery crews in the area of ​​​​the settlement of Podgornoye”.

“In the course of a special military operation, the enemy suffers significant losses…Since 19 May, the 14th mechanized brigade of the Armed Forces of Ukraine alone has lost more than 2,100 people killed and wounded…Due to the low moral and psychological state of 800 people intended to make up for the losses of this formation, they refused to go to the area of ​​hostilities, accusing the officers of incompetence, bribery and nepotism in the payment of monetary allowances…In addition, in the 10th Ukrainian mountain assault brigade, about 100 servicemen of the reconnaissance unit were removed from combat missions due to mass disobedience to the command and taken to the city of Kremenchug for investigation”. 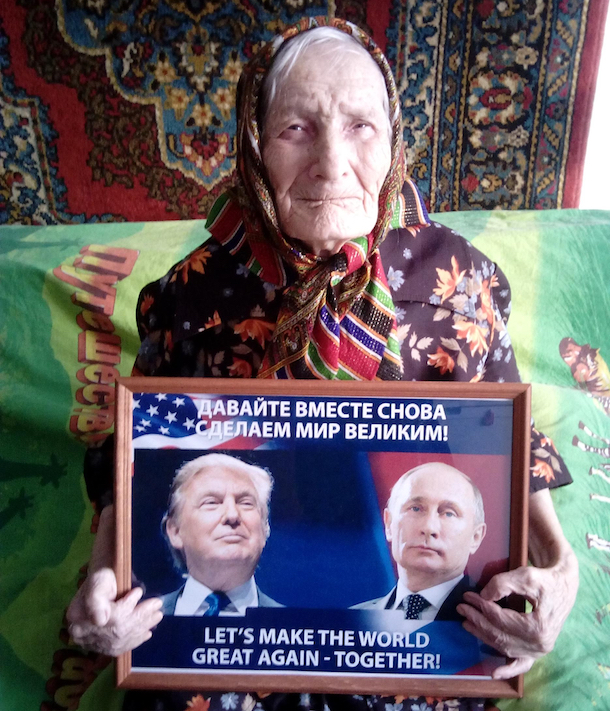 June 20, 2022 © EU and US all rights reserved. Permission to use this report in its entirety is granted under the condition it is linked to its original source at WhatDoesItMean.Com. Freebase content licensed under CC-BY and GFDL.