A compelling new Security Council (SC) report circulating in the Kremlin today first noting President Putin telling Ministry of Defense (MoD) commanders this morning: “Everyone is aware of the United States plans to deploy intermediate-range missiles in Europe, this poses a great danger and threat to us…We are all well aware that some of our foreign partners do not cease attempts to break the parity, including through deploying elements of the global missile defence in direct vicinity to our borders…We cannot fail to notice these threats to Russia’s security and will react in an adequate manner”—says quick to follow was the United States Navy releasing the statement: “The Sixth Fleet flagship USS Mount Whitney has begun its northbound transit to the Black Sea to operate with our NATO allies and partners in the region”—a statement then joined by American “partner” Ukraine’s top energy official Yuriy Vitrenko issuing a dire war threat saying: “If there is no physical transit of gas through Ukraine, this increases the chances of a full-scale war between Russia and Ukraine with all its consequences”.

Security Council Members in this transcript discussing this war threat note the lunatic hypocrisy of the West planning a global conflict over fossil fuel energy resources at the exact moment they’ve kicked off their COP26 climate summit in Scotland—a COP26 summit marked by a heady mix of climate hysteria, fear-mongering, and quasi-religious worshiping at the altar of “The Science”—a summit that saw wacko British monarch Prince Charles calling for a “military-style campaign to force fundamental economic transition and to combat climate change”—yesterday at this summit saw Supreme Socialist Leader Joe Biden falling asleep in his chair, that even leftist MSNBC was forced to admit was an “embarrassing moment”—yesterday saw Twitter users further mocking Biden for relying on a cheat-sheet list of vetted reporters with the now viral question “Who Is Your Puppet Master?”—a question, most certainly, not applying to the global oil cartel OPEC, that just slowed production, and will pave the way for higher gas prices at American pumps—and to how thoroughly Biden’s insane energy polices will crush Americans, today it sees analysts at Bank of America warning that oil prices will jump to $120-per-barell by June, and could rise much higher.

Attempting to stop socialist leader Biden’s destructive rampage, this report notes, is moderate Democrat Party leader US Senator Joe Manchin, who yesterday said about his own parties massive spending bill: “This is a recipe for economic crisis”—an accurate assessment of this economic insanity quickly countered by Marxist-socialist Democrat Party lawmaker US Congresswoman Cori Bush, who immediately branded Senator Manchin a racist, and said: “Joe Manchin’s opposition to the Build Back Better Act is anti-Black, anti-child, anti-woman, and anti-immigrant”—sees the practice of branding anyone opposing socialist tyranny as racist having been unleashed on Americans by Marxist radical Professor Ibram X. Kendi at Boston University, who today is being mocked because he had to delete a post that undermined his own racist ideology, and after discovering that his socialist indoctrinated daughter now wants to be boy, saw him saying: “Even talking about gender, you know, I think it was last week my daughter came home and said she wanted to be a boy…You know, which was horrifying for my wife to hear, myself to hear”—socialist lunacy now joined with the entire leftist media establishment having a meltdown over the anti-Biden rallying cry “Let’s Go Brandon”—a rallying cry whose real meaning “Fuck Joe Biden” just caused leftist NBC News to call for the prosecution of gun dealers posting this message on firearms and ammunition clips—this past week saw the leftist media going insane over a Southwest Airline pilot saying “Let’s Go Brandon” during a flight, but in factual reality all the pilot said was “Let’s go Bra…”, an unfinished cut off message this pilot made that experts say was more than likely “Let’s Go Braves” to support his favorite baseball team—and in viewing all of the socialist insanity makes it no wonder why a new poll has found that after watching him for 10-months, only 36% of Democrats want Biden to run in 2024.

Most horrifying to notice about America this week, however, this report continues, was a Virginia mother standing before her local Loudoun County school board and telling its socialist indoctrinators why she removed her children from school: “We had specifically moved them out of Loudoun County Public Schools due to the swift and uncompromising political agenda of Superintendents Williams, Ziegler and the school board had forced upon us…First, it was in the early spring of 2020 when my 6-year-old somberly came to me and asked me if she was born evil because she was a white person…Something she learned in a history lesson at school“—a horrifying account of socialist indoctrination being met today with an election in Virginia that will decide the fate of Democrats—an election whose last day of campaigning yesterday saw socialist Democrat Party candidate for governor Terry McAuliffe declaring schools were racist because they had too many white teachers—then saw McAuliffe mocked for holding a rally with the socialist leader of the National Teachers Union—mocking that was followed by McAuliffe abruptly cancelling a scheduled rally in Virginia Beach—all of which occurred while Republican Party candidate for governor Glenn Youngkin was holding rallies attended by thousands of cheering Virginians—and in analyzing this election, it sees famed historian Paul Nuttall explaining its implications in his just published article “A Final Stand Against Donald Trump, Or Republicans Finest Hour? Why Virginia’s Election Is A Referendum On America’s Future”.

Most concerning about this election, this report details, is former Republican Party leader House Speaker Newt Gingrich warning that if it’s a close race “the Democrats will steal it”—a warning coming at the same time a new leftist NBC News poll found that 50% of Republicans doubt their votes will be counted accurately—sees an alarming just released Public Religion Research Institute poll revealing that one-third of Republicans believe violence is necessary to save America—today sees the same forces colliding against each other in Virginia doing the same in Europe, as best explained in the article “Will Hungary And Poland Be The Next Victims Of US/EU Regime Change?”, wherein it warns: “No country is safe from the Eye of Sauron that is the modern-day American national security state”—and in a near exact counterpart of could happen between these forces in Virginia, today its being played out in Georgia, where its Trump-like ruling party Georgian Dream is battling against the Biden-like socialist United National Movement party—a battle that sees the socialist United National Movement party screaming about the elections it keeps losing—in the midst of this conflict the EU is trying to keep from exploding it saw Biden sending its former socialist president Mikheil Saakashvili back to Georgia to ignite a revolution—immediately upon arriving it saw Georgian authorities immediately throwing Saakashvili in prison to serve his sentence from previous criminal convictions—after being placed in prison saw Saakashvili going on a hunger strike—after which Georgian authorities assured Saakashvili that they “will protect his right to commit suicide”.

For reasons so highly-classified they are not permitted to be openly discussed, this transcript concludes by noting Security Council Secretary Nikolai Patrushev held an emergency meeting in the Kremlin this morning with CIA Director William Burns—an emergency meeting urgently requested by the CIA that was followed by Security Council Members cryptically discussing two bizarre items—the first being a video of a seemingly normal American woman saying: “I wish Donald Trump didn’t exist…I don’t mean I want him to be unalived, I just wish he had never existed to begin with…Because if Trump didn’t exist then people couldn’t idolize Trump, and if people couldn’t idolize Trump, I could still be around some of my family members”—and the second being a book titled “An American Divorce”, one of whose reviews about states: “This book is bold to the point of being dangerous”.  [Note: Some words and/or phrases appearing in quotes in this report are English language approximations of Russian words/phrases having no exact counterpart.] 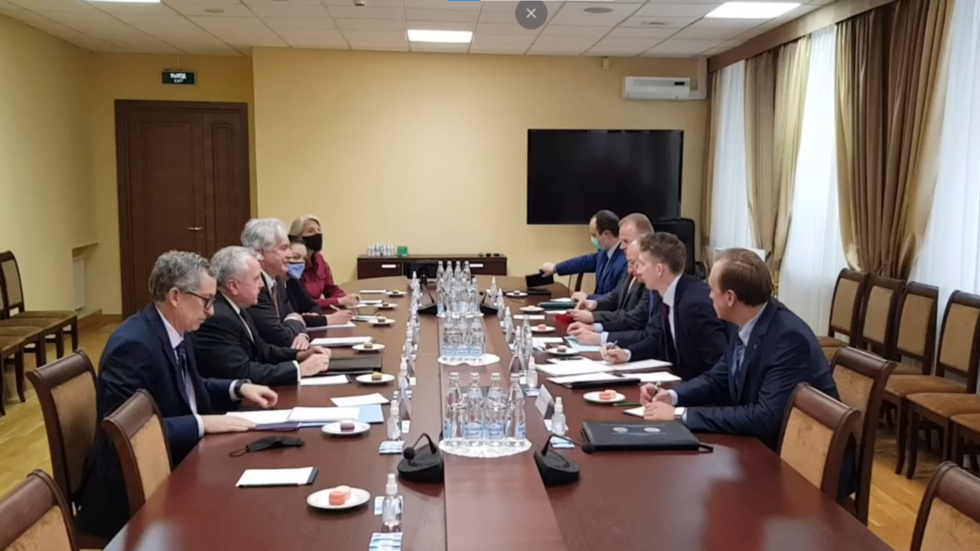 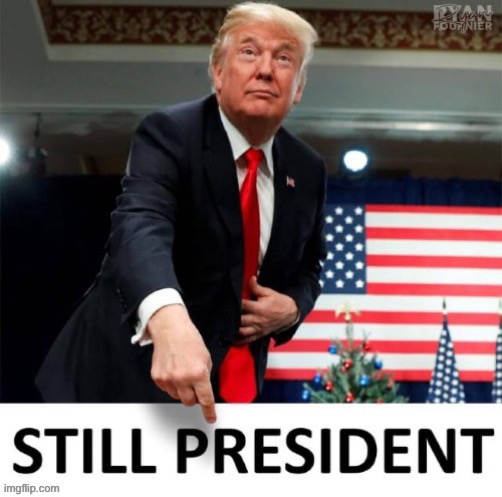 November 2, 2021 © EU and US all rights reserved. Permission to use this report in its entirety is granted under the condition it is linked to its original source at WhatDoesItMean.Com. Freebase content licensed under CC-BY and GFDL.