Repost by Permission: EU Threatens Musk With Sanctions For His Defense Against “Assassination Coordinates”

EU Threatens Musk With Sanctions For His Defense Against “Assassination Coordinates”

An intriguing new Security Council (SC) report circulating in the Kremlin today first noting President Putin revealing: “Implementation of such projects as the Kovyktinskoe Field, the Power of Siberia 2 and the Far Eastern route will make it possible to increase gas supplies to the east to 48 billion cubic meters by as early as 2025 and to 88 billion by 2030…This would actually amount to more than 60% of gas supplies to the West in 2021”, says in noticing the socialist Western colonial powers committing energy suicide by cutting themselves off from cheap and clean Russian natural gas, it caused President Putin to factually observe: “Today, the European Unions main partner, the United States, is pursuing policies leading directly to the de-industrialization of Europe. They even try to complain about that to their American overlord…Sometimes even with resentment they ask ‘Why are you doing this to us?’…I want to ask: ‘What did you expect?’…What else happens to those who allow feet to be wiped on them?”.

Two events worthy of notice occurring yesterday, this report notes, was the socialist Biden Regime rolling out new anti-Russia sanctions targeting the financial sector, officials, and businessmen, and Fox News announcing it had crushed leftist MSNBC and CNN to finish number one in cable news ratings for the seventh year in a row, with their statement revealing: “Fox News Channel finished with its third highest-rated year ever, while CNN and MSNBC each saw their lowest-rated years of all time…FNC programs made up 92 of the top 100 cable news shows during 2022”—and is worthy of notice because last evening it saw America’s most watched newsman Tucker Carlson of Fox News showing videos of fully stocked Russian supermarkets with low priced food, and gas stations with low cost fuel to prove the socialist Biden Regime and the leftist media are lying about sanctions working.

Even though they know that sanctions are having no effect, this report continues, the European Union passed its ninth package of Ukraine-related sanctions against Russia this morning—and are new sanctions that followed President Putin factually stating: “It’s interesting to observe that, despite the sanctions, over the first nine months of this year, deliveries of basic goods to the European Union increased by 1.5 times…As a whole, exports increased by 42%, while the trade surplus was up 2.3 times, to $138 billion”.

Quick to follow, this report details, the European Union then threatened to sanction new Twitter owner Elon Musk for supposedly “violating media freedom rights”—in factually reality, however, what Musk did was defend himself, as documented in articles like “Twitter Suspends Far-Left Reporters From CNN, New York Times, Washington Post, and Other Independent Reporters Related to Doxxing Event that Endangered Musk’s Child”, and who posted the message: “They posted my exact real-time location, basically assassination coordinates, in (obvious) direct violation of Twitter terms of service…If anyone posted real-time locations & addresses of NYT reporters, FBI would be investigating, there’d be hearings on Capitol Hill & Biden would give speeches about end of democracy!”—and to whom Musk is defending himself against, is documented in the article “‘A Dark Alliance’: Musk’s Twitter Files Exposed The Fifth Estate”, wherein it notes: “On account of a single shitposting billionaire, the existence of the One Party’s decentralized censorship apparatus is now beyond doubt”.

One of the main members of the “Dark Alliance”, this report notes, is Ukrainian President Vladimir Zelensky, who this week secured an additional $1.1 billion from the socialist Western colonial powers, immediately after which he proclaimed: “Why is Ukraine alone paying such a high price?…We are grateful to our supporters, but we are the ones who are paying”—a proclamation coming at the same time his wife Olena Zelensky was Christmas shopping in glitzy Paris stores spending €40,000 in a single day—and while President Zelensky’s wife was on her lavish spending spree in Paris, the leftist Washington Post released their article “Russia Is Destroying Ukraine’s Economy, Raising Costs For U.S. And Allies”, wherein it reveals: “Two months of relentless missile and drone attacks by Russia have decimated Ukraine’s critical infrastructure and blown a hole in projections for the country’s war-ravaged economy…Before those strikes, Kyiv expected to need at least $55 billion in foreign assistance next year to meet basic expenses — more than the country’s entire annual prewar spending….Now, with its energy systems severely battered, and more Russian attacks likely, some officials believe Ukraine could end up needing another $2 billion a month, and political leaders have begun trying to brace Western supporters for such worst-case scenarios”.

After an examination of the drones used to attack Russian Federation territory, this report continues, top Kremlin authorities revealed today: “It was established that the avionics and control stations of the drones were manufactured by US company Spektreworks, which made their initial adjustment and testing at the airport in Scottsdale, Arizona…Later, on the territory of Poland, in the area of the Rzeszow airport, used by the US and NATO as the main supply hub for Ukrainian armed formations, the final assembly and flight tests of these UAV’s were carried out”—a revelation that followed Pentagon press secretary Pat Ryder laughably claiming yesterday: “The United States is not at war with Russia, and we do not seek conflict”—a laughable claim quickly joined by the United States, Ukraine, Germany, Italy, Austria and Japan voting against the United Nations resolution condemning Nazism yesterday—and in noticing that Germany, Austria, Italy and Japan formed the Axis Powers Nazi Alliance that started World War II, it caused Security Council Deputy Chairman Dmitry Medvedev to factually assess: “The leaders of the NATO countries sing with one voice that their countries and the entire bloc are not at war with Russia…But everyone is well aware that everything is different”.

After it was revealed yesterday that a socialist Biden Regime official recently told members of Congress that Ukraine has the military capability to take back Crimea, this report concludes, this morning Russian military forces launched massive missile strikes throughout all of Ukraine—after which the mayor of the Ukrainian city of Kharkiv reported: “There is colossal infrastructural destruction, first of all, the energy system”, the head of the Ukrainian Dnipropetrovsk region reported: “The region was completely de-energized”, then Ukraine national energy company Ukrenergo declared an emergency stating: “There has been a loss of more than 50 percent of the consumption of the interconnected energy system, which means the onset of a systemic accident mode”—on the front lines of the conflict, desperate Ukrainian soldiers reported today that “the Russians are coming from all sides”—and in a rare interview, Commander-In-Chief General Valery Zaluzhny of the Ukrainian Armed Forces warned: “A new Russian offensive could happen as early as February, if not sooner”, then assessed: “The Russians are doing everything possible not to let us regroup and strike ourselves…This is why you are seeing battles along the 1,500km [932 mile] frontline…In some places more intense, in some places less intense, but they are constraining our troops in order not to allow us to regroup…The fact that they are fighting hard now is very bad, of course…But it is not a solution to the strategic problem…It simply wears down the armed forces of Ukraine…The Russians are heeding lessons they learned in World War II and are preparing resources somewhere beyond the Urals, far away from the current front lines”.  [Note: Some words and/or phrases appearing in quotes in this report are English language approximations of Russian words/phrases having no exact counterpart.] 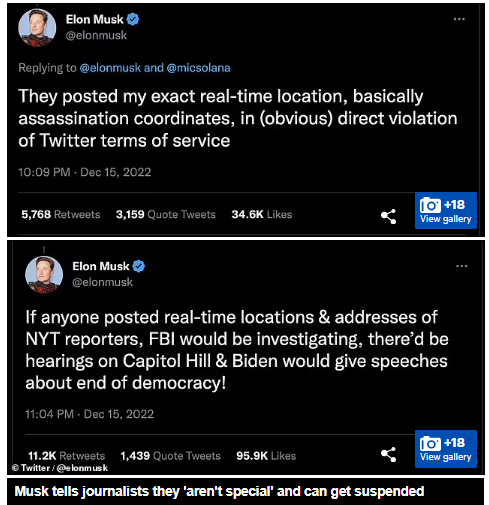 December 16, 2022 © EU and US all rights reserved. Permission to use this report in its entirety is granted under the condition it is linked to its original source at WhatDoesItMean.Com. Freebase content licensed under CC-BY and GFDL.