Repost by Permission: Easter Bunny Shields Biden After Trump Issues “Everyone Will Be DEAD!” Warning

Easter Bunny Shields Biden After Trump Issues “Everyone Will Be DEAD!” Warning

An insightful new Security Council (SC) report circulating in the Kremlin today first noting President Putin revealing at his economic meeting about the failure of Western colonial sanctions: “Russia has withstood this unprecedented pressure…The situation is stabilizing, the ruble’s exchange rate has returned to the levels of the first half of February and is being defined by the objectively strong payment balance”, says quick to follow this revelation was Foreign Minister Sergey Lavrov announcing about the “Special De-Nazification Operation” to liberate Ukraine: “This endeavor will continue…Another stage of this operation is beginning…And I am sure this will be a very important moment of this entire special undertaking”—and swiftly following this announcement, it saw Ukrainian President Volodymyr Zelensky declaring: “We can now confirm that Russian troops have begun the battle for the Donbass, which they have been preparing for a long time …Russian forces are attacking along almost the entire front line, and a large part of the Russian army is now dedicated to this offensive”.

In viewing this present crisis, this report notes, it caused President Donald Trump to urge Russia and Ukraine to come to a peaceful agreement, with his statement warning: “This is a war that never should have happened, but it did…The solution can never be as good as it would have been before the shooting started, but there is a solution, and it should be figured out now – not later –when everyone will be DEAD!”—a warning followed by the entire world watching in shocked disbelief as a White House aide in an Easter Bunny costume jumped in front of Supreme Socialist Leader Joe Biden to shield him from questioning reporters—and were reporters one would think would have asked Socialist Leader Biden why he is now sending the oil he released last week from the Strategic Petroleum Reserve to lower gasoline prices for Americans to Europe instead.

As to the cause of the “Special De-Nazification Operation” to liberate Ukraine, this report continues, Foreign Minister Lavrov revealed that it stems from the West’s desire to dominate the world, and stated: “The current events are rooted in the United States and the collective West’s desire to rule and dominate the world and show everyone that there would be no multipolarity”—a statement of fact now joined by US Chairman of the Joint Chiefs of Staff General Mark Milley revealing his extensive contacts with Ukrainian military officials to direct this conflict—is a conflict that now sees the US having dangerously depleted its stockpiles of anti-tank and portable air defense missiles it will take up to 4-years to replace—because of this rapid depletion of its existing military stocks, today sees it being reported that the Americans will train Ukrainian troops how to use advanced howitzers and other radar guided munitions—as to the actual fate of these American weapons the Ministry of Defense (MoD) continuously reports on, like in their just released urgent war bulletin: “On the morning of 18 April, air-launched missiles fired by the Russian Aerospace Forces delivered a precision strike against the 124th Joint Logistics Center of the Logistics Forces Command of the Ukrainian Armed Forces near Lvov…The logistics centre and a large batch of foreign weapons delivered to Ukraine over the past six days from the United States and European countries was destroyed”—and in an analysis of this conflict, today it sees top Chinese geopolitical expert Executive Dean Wang Wen of the Chongyang Institute for Financial Studies, in his just released open letter “The World Has Become More Dangerous And The Chances Of World War 3 Are Increasing”, warning:

The Russian-Ukrainian armed conflict has become protracted, making the world a more dangerous place. On the surface, it is a military struggle between Kiev and Moscow’s forces in the western and southern theaters. However, in essence, it’s a total outbreak of a Cold War-esque confrontation in Eastern Europe, and it is also a full-scale counterattack by Russia against the endless strategic expansion of the US and its NATO military bloc.

Despite not formally sending troops, the US and NATO have used almost all means of mixed warfare such as financial sanctions, an information blockade, intelligence support, satellite navigation, and air and space technology to comprehensively strangle Russia.

More and more scholars estimate that the possibility of the outbreak of World War III is increasing, and have even concluded that this could lead to a nuclear war.  The situation is moving in the direction of global disaster.  Putin cannot tolerate failure, and Biden is unwilling to give up, which will-could compel Russia to use nuclear weapons.

This is just a great coincidence, but it serves as a reminder to compare the dangerous evolution of the Russian-Ukraine conflict with the two worst wars in human history.

The world may be on the eve of its most dangerous moment.

Further announcing today, this report details, Defense Minister General Sergey Shoigu stated: “In the course of the special military operation the Russian army is coping with its tasks the supreme commander-in-chief identified…The plan for the liberation of the Donetsk and Lugansk people’s republics is being implemented systematically and measures are being taken to restore life to normal”—after which Defense Minister Shoigu revealed: “This year, 30 organizational events will be held in the Southern Military District, over 3,000 advanced weapons and items of military hardware will be supplied and the construction of about 170 military infrastructure facilities will be built and put into operation”—and it saw this revelation being joined by Deputy Prime Minister Yury Borisov noting that contrary to Western expectations, Russia hasn’t run out of precision munitions during the now almost two-month-long conflict in Ukraine, with him stating: “We don’t see any serious threats that could undermine our work on the planned tasks in state defense procurement. Perhaps this is a result of our Western partners keeping us on our toes since 2014…We have had plenty of time to adapt to the continuous sanctions they have been introducing against Russia…I would say that today’s situation in defense procurement is even better compared to the previous years…We already have contracts for 88% of our annual commitments…In previous years, we would not normally get to this figure before the end of May…And the cash execution of the state budget looks really good”.

Unlike the Russian military whose weapons and supplies are abundant, however, this report notes, today it sees Western war correspondents posting messages like: “A Ukrainian commander on the frontline near Donetsk, eastern Ukraine, who said their positions are being hit by Russian airstrikes and heavy artillery 14 hours a day…They are “desperate” for more help, he said, outgunned, and running low on ammunition”—today it saw the Ukrainian Defense Ministry posting the message: “One shouldn’t simplify the situation, underestimate the enemy, it is a mistake to believe that we have already won the war”—and today it saw a Ukrainian government official warning the citizens of their region: “There is no more time for thinking…Leave!”

After the MoD published an updated list this morning of the names of the tens-of-thousands of Ukrainian soldiers killed so far, this report concludes, it offered another opportunity to surrender for the remaining Ukrainian forces holed up at the Azovstal steel plant in the Black Sea port city of Mariupol with the message: “Considering the catastrophic situation at the Azovstal metallurgical plant, the Russian Armed Forces again offer militants of nationalist battalions and foreign mercenaries to stop hostilities and lay down their arms starting 12pm Moscow time on 19 April 2022…All who lay down their weapons are guaranteed the preservation of life”—a final surrender offer followed by Russian Chechnya leader Ramzan Kadyrov vowing that the territory of the Azovstal plant in Mariupol would be liberated from Ukrainian nationalists today, with him declaring: “I want to please those people who are waiting for peace, stability in the Ukrainian Republic, that today, with the help of the Almighty, we will finish off Bandera Nazis in Mariupol and take Azovstal completely”—and among the other just issued urgent war bulletins, sees the most notable of them being:

“Russian tactical aviation carried out strikes against 84 separate military targets, destroying a Tochka-U tactical missile repair facility in Dnepropetrovsk, a territorial battalion command post in the area of Zelenoye Pole, and two ammunition and fuel depots near the settlement of Chervonnaya Polyana”.

“Russian air defense systems shot down a Ukrainian MiG-29 fighter near the community of Malinovka in the Donetsk Region…Two Ukrainian Tochka-U tactical missiles were intercepted near the communities of Petropolye and Malaya Kamyshevakha”.

“Based on evidence reviewed by The New York Times, internationally banned cluster bombs have been launched by Ukrainian troops”.

“An abandoned ammunition depot of the Ukrainian neo-Nazi battalion Azov was found in the basement of the Yalta health complex located in the village of Urzuf in the Donetsk People’s Republic”.

“Lt. Colonel Nikolay Biryukov, the commander of the 501st Battalion of the Marine Corps of Ukraine, defended his decision to lay down arms, saying he ”doesn’t regret” surrendering to soldiers of the Russian Federation, in an interview with Russia’s Rossiya-1 news channel that went viral Monday”.

“A lot of captured and surrendered Ukrainian troops are being kept in the Donetsk People’s Republic (DPR) where good conditions have been created for them, DPR head Denis Pushilin told the Soloviev Live TV channel on Tuesday…Pushilin did not rule out that those prisoners of war would later be involved in efforts to reconstruct Mariupol”. 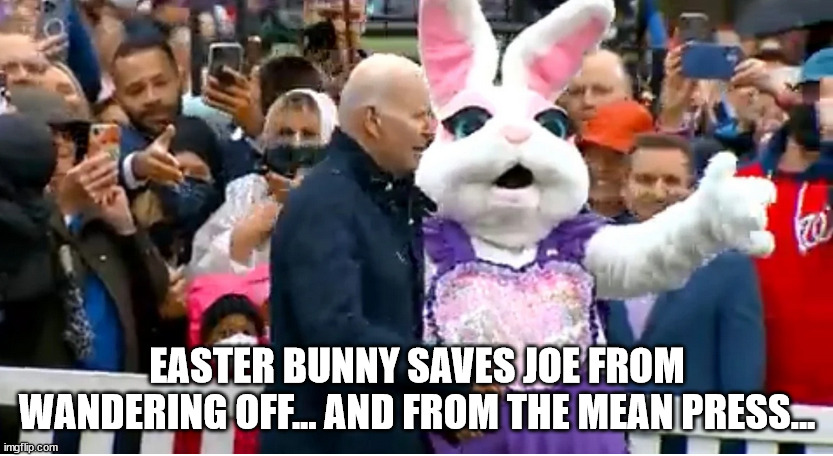 April 19, 2022 © EU and US all rights reserved. Permission to use this report in its entirety is granted under the condition it is linked to its original source at WhatDoesItMean.Com. Freebase content licensed under CC-BY and GFDL.