A thought-provoking new Security Council (SC) report circulating in the Kremlin today first revealing that President Putin will hold a meeting with Chinese President Xi Jinping tomorrow, before the opening ceremony of the Winter Olympic Games in Beijing, says in an article for the Chinese state news agency Xinhua, published ahead of his visit, President Putin heralded a “new era” of strategic partnership with China, in both trade and global relations, described the two countries as “close neighbors bound by centuries-old traditions of friendship and trust”, then he revealed that China and Russia are coordinating their foreign policy “based on close and coinciding approaches to solving global and regional issues” and are working together to “strengthen the central coordinating role of the United Nations in global affairs and to prevent the international legal system, with the UN Charter at its center, from being eroded”.

Fast eroding the United Nations Charter, whose main founding principal determined: “To save succeeding generations from the scourge of war, which twice in our lifetime has brought untold sorrow to mankind”, this report notes, are the belligerent warmongering socialist nations like Britain, that yesterday terrified its citizens with an hysterical warning about a “permanent kill event nuclear attack from space”—an hysterical warning quickly followed by Supreme Socialist Leader Joe Biden ordering 3,000 combat troops from the 82nd Airborne Division to immediately deploy to Germany, Poland and Romania, with the Pentagon stating: “These forces are not going to fight in Ukraine…They are going to ensure the robust defense of our NATO allies”—a “robust defense” against exactly whom no one has yet to answer, but if against the Russian Federation would be beyond comical because these handful of troops would be pitted against over 3.5-million Russian troops—insane socialist warmongering added to yesterday when Biden Regime spokeswoman Jen Psaki incoherently babbled: “When the fox is screaming from the top of the henhouse that he’s scared of the chickens, which is essentially what they’re doing, that fear isn’t reported as a statement of fact…And as you watch President Putin screaming about the fear of Ukraine and the Ukrainians, that should not be reported as a statement of fact”—in quick reply top Kremlin spokesman Dmitry Peskov directly stated to these lunatic warmongers: “Well, Russia is traditionally compared to a bear…And he wouldn’t be able to climb a hen house, even if he wanted to…He is too big and heavy to do that”—after which Psaki then said the United States government is no longer using the word “imminent” in its narrative around the alleged Russian “invasion” of Ukraine.

Security Council Members in this transcript discussing these issues next note the Ministry of Defense (MoD) issuing an urgent war bulletin earlier this morning revealing that the United States Department of Defense posted the urgent statement: “U.S. Special Operations forces under the control of U.S. Central Command conducted a counterterrorism mission this evening in northwest Syria…The mission was successful…There were no U.S. casualties…More information will be provided as it becomes available”—an urgent statement now joined by Socialist Leader Biden revealing: “Last night at my direction, U.S. military forces in the northwest Syria successfully undertook a counterterrorism operation to protect the American people and our Allies…Thanks to the skill and bravery of our Armed Forces, we have taken off the battlefield Abu Ibrahim al-Hashimi al-Qurayshi – the leader of ISIS”.

As to the actual “skill and bravery” of American Armed Forces celebrated by Socialist Leader Biden in this “successful mission”, this report concludes, in factual reality it was a genocidal barrage attack lasting more than two hours that massacred at least 6 children and 4 women in the Syrian province of Idlib—a genocidal massacre of innocent women and children that joins Socialist Leader Biden’s demonic order to kill 7 innocent Afghan children in a drone strike this past August—and are genocidal massacres coming at the same time it was recently revealed the Americans attempted to destroy a Syrian dam on the “no strike” list whose destruction of would have killed over 10,000 innocent Syrian civilians as they slept in their beds.  [Note: Some words and/or phrases appearing in quotes in this report are English language approximations of Russian words/phrases having no exact counterpart.] 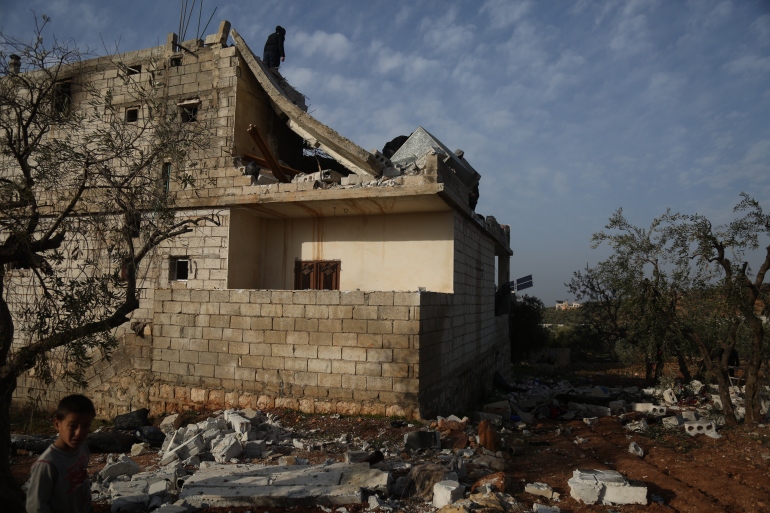 The overnight raid targeted a building in Atmeh, near the Turkish border [Ali Haj Suleiman/Al Jazeera] 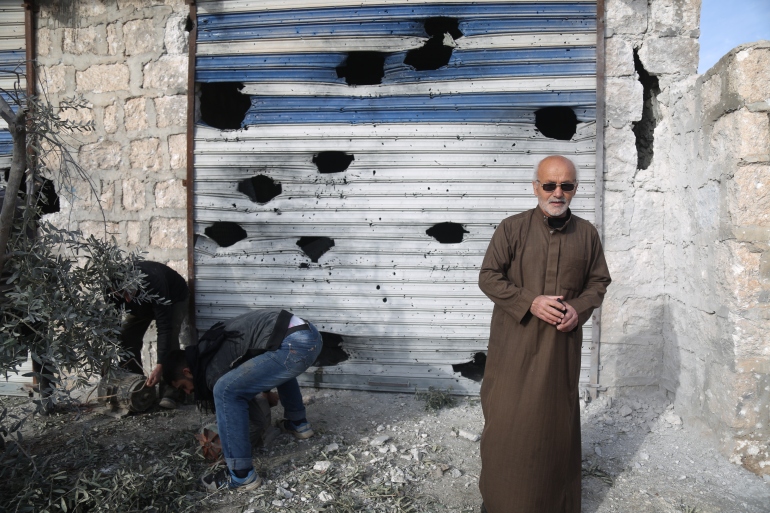 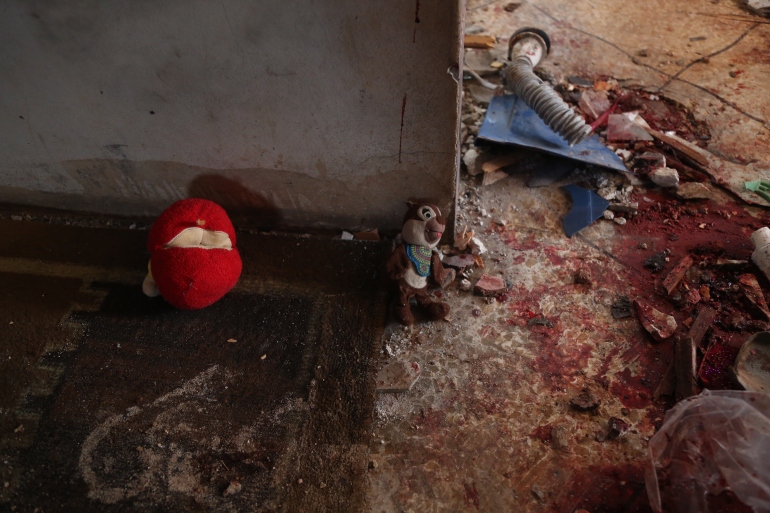 Blood on the floor of the destroyed building, six children were killed in the attack [Ali Haj Suleiman/Al Jazeera] 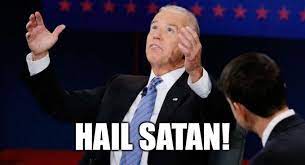 February 3, 2022 © EU and US all rights reserved. Permission to use this report in its entirety is granted under the condition it is linked to its original source at WhatDoesItMean.Com. Freebase content licensed under CC-BY and GFDL.