A compelling new Security Council (SC) report circulating in the Kremlin today first noting President Putin signed into force a law unanimously adopted by the State Duma and approved by the Federation Council recognizing participants in the “Special De-Nazification Operation” in Ukraine as combat veterans, that will give them access to the social protection system used by veterans of Afghanistan, Syria, and other hot spots, and include, for example, additional payments from the state, tax benefits, medical care, and so on, says he then delivered a video message to National Guard servicemen, in part, stating: “I congratulate you on your professional holiday, the Day of Russian National Guard Troops…Established six years ago, the National Guard has become an inseparable and reliable link in the comprehensive state system of ensuring the rule of law and law enforcement, and protecting the rights and interests of our citizens…Our entire vast country is rightly proud of each of you…I want to thank you for your stamina and your impeccable service to Russia, for your loyalty to our Fatherland, to your oath of allegiance and your duty”.

As nuclear war warnings continue being sounded, however, this report continues, Supreme Socialist Leader Joe Biden, who during his 2020 campaign said: “The words of a president matter…They can move markets…They can send our brave men and women to war…They can bring peace”, but in 1997 admitted: “I am a gaffe machine”, yesterday ignited a global uproar when he declared during a speech in Poland about President Putin: “For God’s sake, this man cannot remain in power”—immediately after which it saw former top American national security analyst Rebecca Grant fearfully stating: “Absolutely, Biden did call for regime change…I think that’s unprecedented in U.S-Russian diplomatic history…That puts US-Russo relations in the deep freeze”.

In quick response to Socialist Leader Biden calling for the overthrow, if not the outright assassination of President Putin, this report details, top Kremlin spokesman Dmitry Peskov stated: “That’s not for Biden to decide…The president of Russia is elected by Russians”—a statement immediately followed by the White House releasing the statement: “The President’s point was that Putin cannot be allowed to exercise power over his neighbors or the region…He was not discussing Putin’s power in Russia, or regime change”, which was the third time in as many days they’ve walked back what “gaffe machine” Biden said—then it saw the New York Post observing: “How in the hell can a line like that, so explicit that it could potentially lead to World War III, get into a presidential address if the plain meaning wasn’t the intent?…Even if the speech writers screwed up, didn’t anybody in the White House, State Department or Pentagon read the final draft?”—and saw the Wall Street Journal simply stating: “Biden should avoid public speaking…At least when the topic is important”.

Though the Western colonial media establishment is consuming itself with fear over Socialist Leader Biden’s ill advised declaration that could cause World War III, this report notes, the most critical thing he said during his address in Poland, and taken immediate notice of by the Kremlin, was his issuing the warning yesterday: “This battle will not be won in days, or months either…We need to steel ourselves for a long fight ahead”—a grave warning that clearly shows Socialist Leader Biden knows the full dimensions of this present conflict spreads much further than Ukraine, and, indeed, is a battle for the whole world.

In point of fact, this report explains, the broader dimensions of this present conflict have now reached the very border of the United States, as evidenced by the Washington Post having just reported: “Mexican President Andrés Manuel López Obrador on Friday brushed off comments by a senior U.S. military official who said there are more Russian spies in Mexico than anywhere else in the world”—in factual reality is an attack against Mexico by the socialist Biden Regime whose reason for is being kept hidden from the American people, none of whom have been told the truth as to why their nation was having to purchase Russian oil—but can’t anymore because Russian oil sales to America are now banned.

If the American people were allowed to know the truth, this report notes, they would discover that Mexico is the second largest exporter of oil to the United States, and the largest importer of refined American petroleum exports—but last year the Mexican government announced it would stop all oil imports to the United States to meet its own domestic demand and halved what they had sent the year prior, the sudden cutoff of which only Russia was able to make up for—Mexico further announced that it will stop all oil exports to the United States by the end of 2023, which means that during the 2024 US presidential elections Americans can be expecting to pay upwards of $8 for each gallon of gasoline—and it saw Mexican President Obrador declaring that he wants to eliminate Mexico’s reliance on fuel imports, that he likened to selling crude oil and buying gasoline to selling oranges and buying orange juice.

At the same time this Mexican death blow is preparing to strike the socialist Biden Regime, whose main effect of will see the Americans throwing it from power in 2024, this report continues, the beyond powerful Italian farming association union Coldiretti just delivered to the European Union a terrifying report warning that nearly 100,000 Italian farms are on the verge of closure due to skyrocketing production costs brought about by the conflict in Ukraine—a terrifying report now joined by High Representative of the European Union for Foreign Affairs Josep Borrell warning yesterday: “One of the bad consequences of what’s happening is that we can push Russia to China, and we can create a division between the global southeast and the global northwest…In order to avoid this trend, the first thing to do is to stop this war of aggression, war of attrition today”.

Most aptly noted by European Union high representative Borrell, this report concludes, is his acknowledging the dual “war of aggression” and “war of attrition” dimensions of this present conflict that Socialist Leader Biden warns “will not be won in days, or months either”—is a “war of attrition” pitting Russia’s $75-trillion gold and natural resource backed Ruble against the worthless Western colonial fiat currencies—today sees the powerful German publication Der Spiegel reporting: “The switch to rubles for gas payments, announced earlier this week by Russian President Vladimir Putin, would force the European Union to circumvent its own anti-Russia sanctions if it wants to keep the gas flowing in…This will exert massive pressure on the Western world and effectively make their sanctions absurd”—and whose “war of aggression” component sees the Ministry of Defense (MoD) more than able to keep obliterating the Western colonial weapons they keep flooding into Ukraine as Russian military forces continue the de-Nazification process, and among use latest urgent war bulletins include:

“A referendum on becoming part of Russia may be held in the Lugansk People’s Republic (LPR) in the near future, LPR head Leonid Pasechnik told reporters on Sunday”.

“Over the past day Russian troops hit at least 117 military objects”.

“Three Ukrainian unmanned aerial vehicles were destroyed over Balakleya, Kiev and Chernigov in the past day…In addition, a Ukrainian drone flying over the Black Sea towards Sevastopol was also downed”.

“As Russia continues to conduct its special operation in Ukraine to denazify the county, social media are circulating sinister photos and videos of Ukrainians taped to lamp poles and trees, labelled as “marauders,” “Russian agents” or “diversants“…The inhumane acts are often attributed to nationalist and Neo-Nazi groups…Everyone in the West is perfectly aware of what is happening in Ukraine and how Ukrainian nationalists, the Azov Battalion, and violent mobs are treating regular citizens and ethnic minorities in Ukraine”. 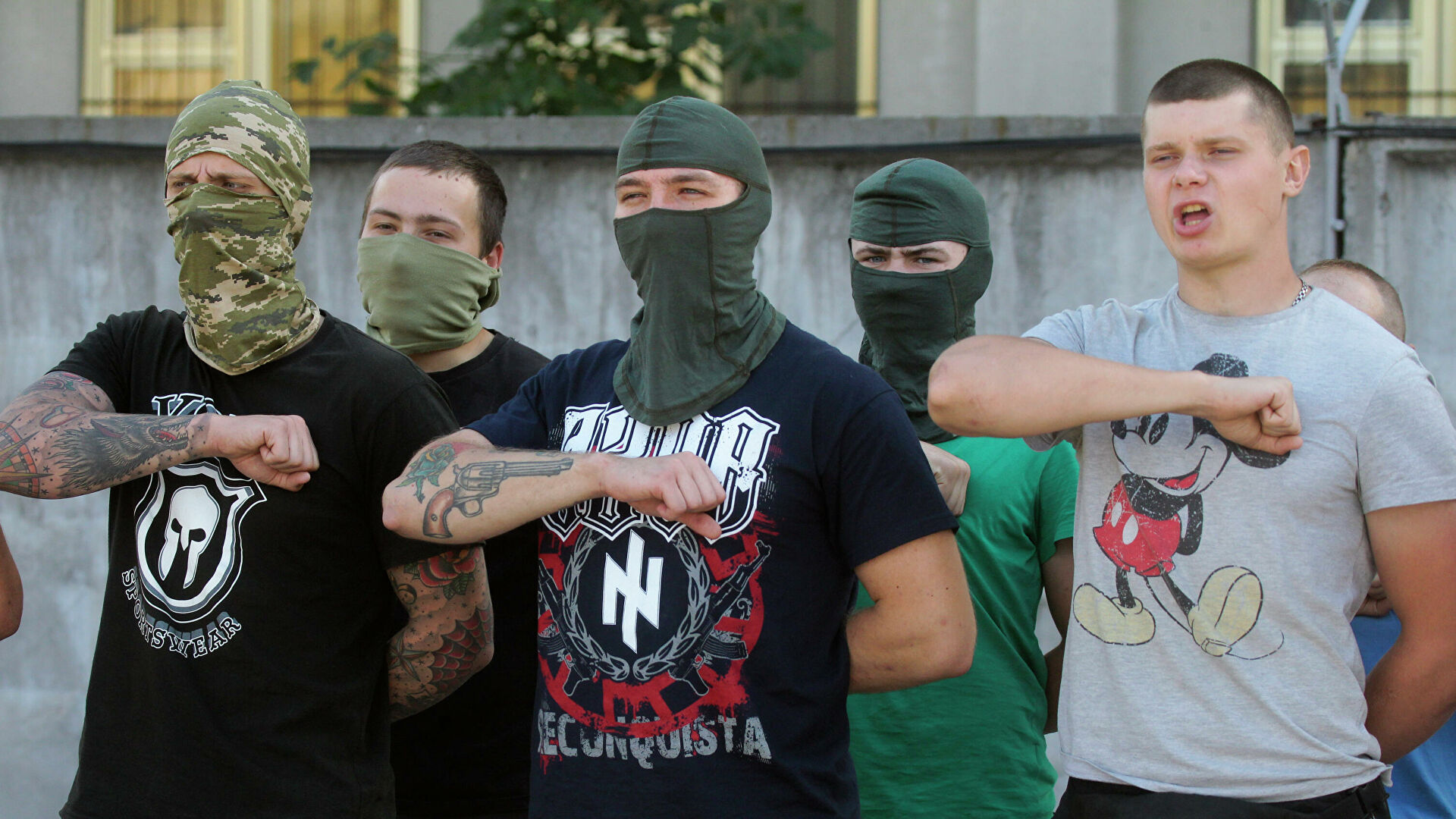 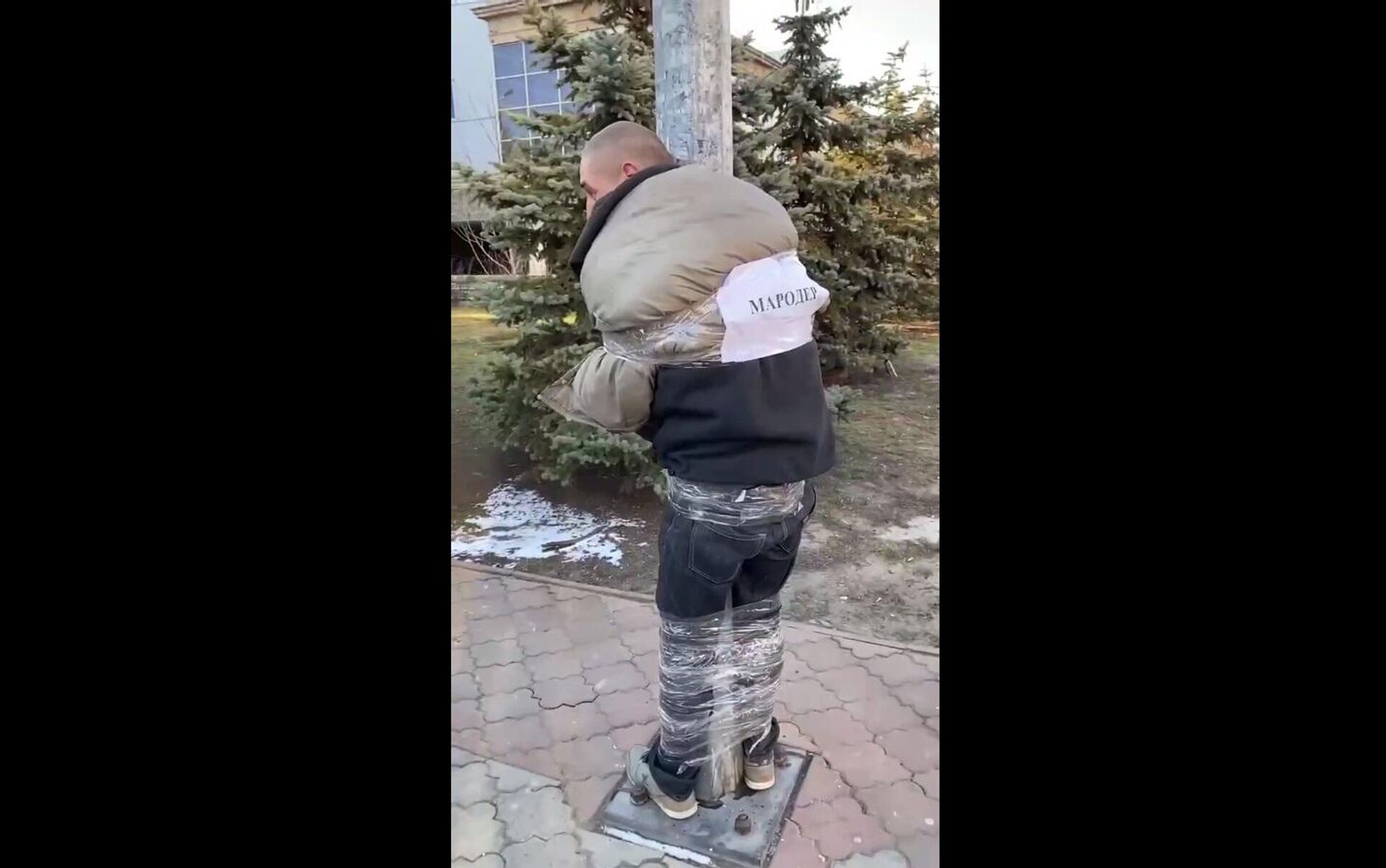 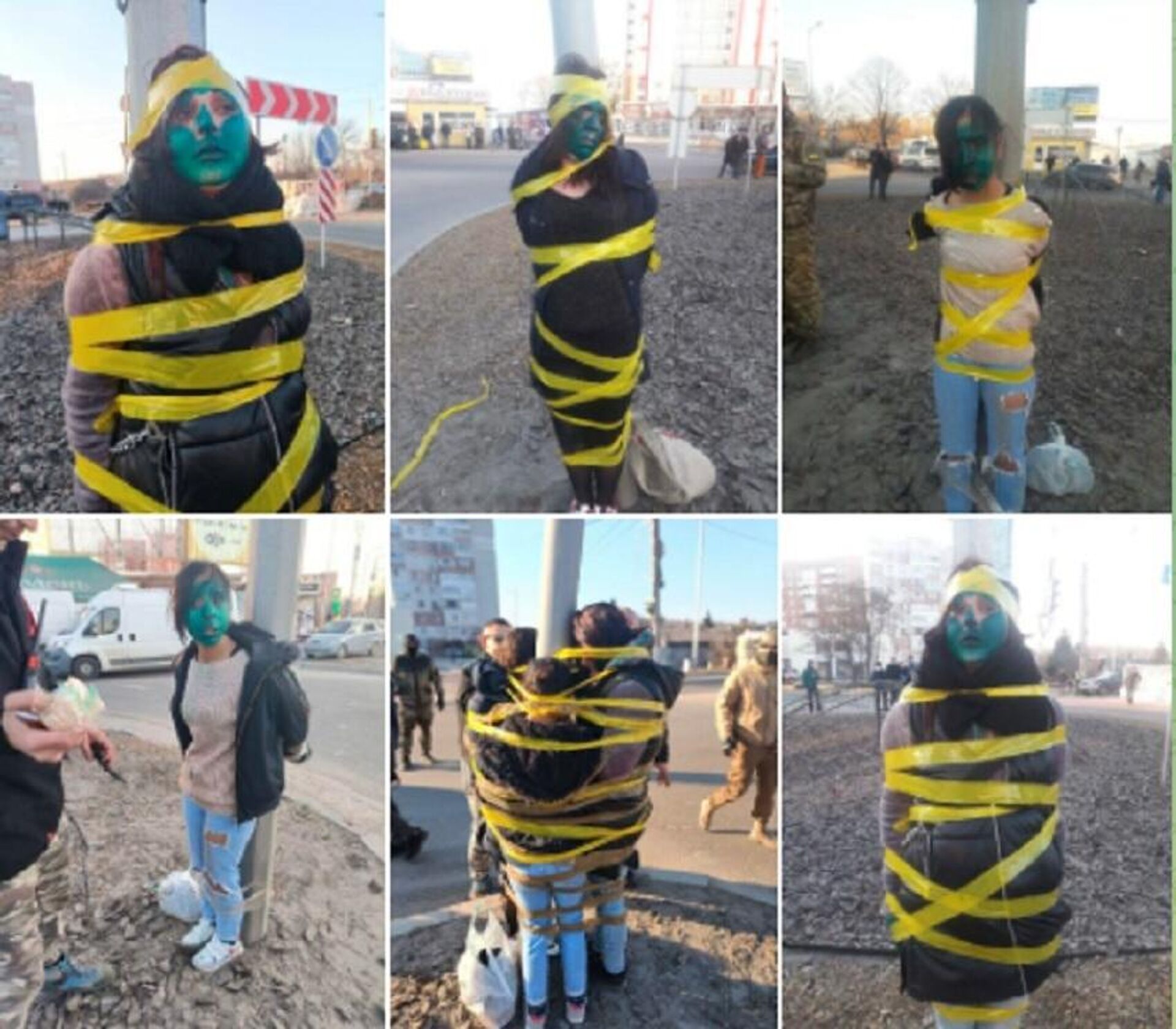 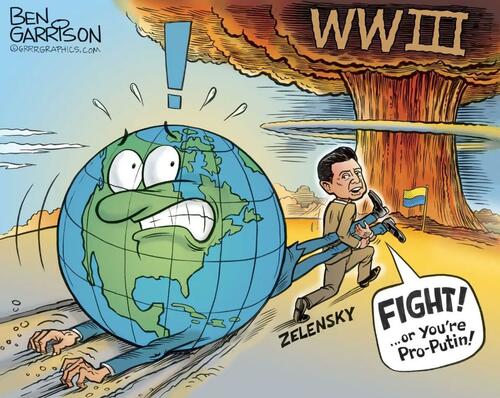 March 27, 2022 © EU and US all rights reserved. Permission to use this report in its entirety is granted under the condition it is linked to its original source at WhatDoesItMean.Com. Freebase content licensed under CC-BY and GFDL.