An intriguing new Security Council (SC) report circulating in the Kremlin today first noting Foreign Ministry official Yuri Pilipson warning that the Black Sea is fast turning into “a zone of dangerous military confrontation” between the Russian Federation and the American-led military alliance NATO, says soon to counter this threat was Defense Minister Sergey Shoigu announcing that the new RS-28 Sarmat Intercontinental Ballistic Missile will be ready for deployment in 2022—is an ICBM able to carry 16 thermonuclear warheads able to travel at hypersonic speed, has a range of 18,000 kilometers (11,200 miles), and which none of Russia’s adversaries have countermeasures to protect against.

With the deployment announcement of this terrifying and unstoppable multiple nuclear warhead ICBM coming on the 76th Anniversary of the 6-9 August 1945 atomic bomb drops by the United States on the Empire of Japan cities Hiroshima and Nagasaki in the last days of World War II, this transcript sees Security Council Members noting the reaction to this news by the Islamic Republic of Iran, that quickly expressed concerns about the modernization of atomic arsenals by nuclear-weapon states in breach of the Non-Proliferation Treaty, then urged global cooperation towards disarmament—but whose greatest concerns were leveled against America, and saw Iranian Foreign Ministry spokesman Saeed Khatibzadeh stating: “The Hiroshima incident shows the fact that the United States spares no inhumane efforts and acts to achieve its illegitimate and irrational objectives”.

Near immediately after Iran expressed their concerns over the United States “sparing no inhumane efforts and acts to achieve its illegitimate and irrational objectives”, this report details, Supreme Socialist Leader Joe Biden ordered B-52 strategic bombers to lead a new American airpower onslaught to stop Taliban advances in Afghanistan—B-52 strategic bombers whose bomb craters left in Afghanistan are highly prized because they make instant underground basements for the buildings Taliban forces erect over them—are futile and desperate bombings not stopping the Taliban, who this morning seized Kunduz, a key city in northern Afghanistan, and have captured more than half of Afghanistan’s 400-odd districts—are Taliban fighters that yesterday rode around in Humvees after capturing the Nimroz provincial capital and seizing more US-made weaponry—in the past few hours saw the United States Embassy in Afghanistan issuing an urgent bulletin stating: “The U.S. Embassy urges U.S. citizens to leave Afghanistan immediately using available commercial flight options.  Given the security conditions and reduced staffing, the Embassy’s ability to assist U.S. citizens in Afghanistan is extremely limited even within Kabul”—is a failed war in Afghanistan started by the Americans, who claimed it was part of the attacks made on the US on 11 September 2001—which is worthy of notice because the 9/11 families just sent a brutal message to socialist leader Biden saying: “Don’t come to our memorial events”—all of which makes it more than clear why articles are now appearing like “The Richest And Most War-Mongering Nation On Earth Is Still Addicted To Bombing Poor, Defenseless Nations”.

Security Council Members in this transcript note that this futile bombing of defenseless Afghanistan immediately followed it being reported that socialist leader Biden is preparing to slam America into a nationwide lockdown on 11 August—a nationwide lockdown that joins the beyond shocking revelation that Biden’s CDC is preparing to build mass concentration camps to throw dissident Americans into—and while viewing this socialist madness, sees the world’s most listened to and admired podcaster Joe Rogan declaring: “Now you have a mini dictator…You have one step away from a king…One step closer…You’re moving one step closer to dictatorship…That’s what the fuck is happening…That’s what’s going to happen with the vaccine passport…That’s what’s going to happen if they close borders”.

As to what socialist leader Biden is attempting to accomplish with his futile bombings and nationwide lockdowns, this transcript sees Security Council Members agreeing they are deflective smoke screens meant to keep true things hidden from the American people—specifically what is about to occur during a 72-hour non-stop marathon between 10-12 August on FrankSpeech.com—an extraordinary event organized by top President Donald Trump ally Mike Lindell, who’s best known as the “My Pillow Guy”, wherein dozens of the top computer and election experts in the US will exhaustively document for the American people “the biggest cover-up in history for the biggest crime ever”—a massive crime and cover-up Lindell asserts the evidence in this marathon event will prove beyond all doubt “The real totals are going to come in, and it’s 80 million votes for Trump to around 68 million for Biden…The cheating was in every state”—a marathon event of truth so feared Fox News refused to run ads for it, which caused Lindell to pull all of his My Pillow ads off of Fox News—a vile act of censorship quickly responded to by Newsmax host Grant Stinchfield, who declared: “Newsmax is airing these ads…Apparently, free speech and pro-Trump messaging is considered fringe at Fox, but not here”—then yesterday saw Lindell dropping the bombshell news that leftist outlets ABC, NBC and CBS have all agreed to run ads for this marathon, then stated: “We’re not running it on MSNBC or CNN because they charge too much for their small audience”.

This report concludes with this transcript showing Security Council Members reviewing the underlying facts supporting such articles now appearing in America today like “‘Preppers‘ Quietly Stock Up For The ‘Perfect Storm’”, wherein it notes: “People are waking up to the worsening reality of supply chain disruptions and food shortages, and rapid political and social changes that all point toward “a perfect storm” just ahead…In the last year alone, roughly 45 percent of Americans, or about 116 million people, said they spent money preparing for hard times or spent money stockpiling survival goods”—and while reviewing, sees Security Council Members noting that one of the truest things being seen in America today is an advertisement made by the We The People wine company, wherein juxtaposed against the scenes of the socialist chaos embroiling this once great nation are the warning words issued a generation ago by President Ronald Reagan, who powerfully said:

If we forget what we did, we wouldn’t know who we are.

We’ve got to do a better job of getting across, that America is freedom.  Freedom is special and rare.

As long as we remember our first principles, and believe in ourselves, the future will always be ours.

Ours was the first revolution in the history of mankind that truly reversed the course of government, and with these three little words: We The People.

We the people are free. Once you begin a great movement, there’s no telling where it will end. 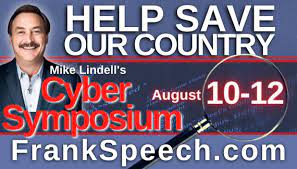 August 8, 2021 © EU and US all rights reserved. Permission to use this report in its entirety is granted under the condition it is linked to its original source at WhatDoesItMean.Com. Freebase content licensed under CC-BY and GFDL.