An intriguing new Security Council (SC) report circulating in the Kremlin today first noting President Putin revealing he has no problem with other nations joining the Western colonial powers military bloc NATO, with him stating: “We don’t have problems with Sweden and Finland like we do with Ukraine”, says the problem with NATO is its response to the “Special De-Nazification Operation” to liberate Ukraine that casts doubt on their dialogue with Russia, as explained by Deputy Foreign Minister Alexander Grushko, who assessed: “When someone deploys tanks under your nose, saying that ‘it’s not against you, it’s stationed there for no reason at all,’ it is very hard to believe in any kind of dialogue”—and to the actual effect of NATO as it pertains to Ukraine, it saw Security Council Secretary Nikolay Patrushev declaring: “Russia’s goals will be achieved despite the United States and the West providing military assistance to Ukraine”.

In quick response to Supreme Socialist Leader Joe Biden declaring: “This is a time of war and global peril” over the weekend, this report notes, it caused High Representative of the European Union for Foreign Affairs and Security Policy Josep Borrell to rush out yesterday and state: “The European Union does not want a war with Russia”—a statement quickly joined by Switzerland warning the Western colonial powers about the negative consequences of a possible decision to hand over frozen Russian assets to Ukraine, and saw Swiss President Ignazio Cassis stating: “The right of ownership, the right of property is a fundamental right, a human right…Those rights can be violated only if a proper legal base is created”.

As to why Switzerland issued their warning, this report explains, is because of them realizing the truth that the Western colonial powers are flooding weapons into Ukraine not to see it win, but to cause as much destruction as possible so Western companies can reap massive profits in rebuilding it—a fact shockingly confirmed in the documentary film about this conflict commissioned by French President Emmanuel Macron, about which its revealed: “Filmmaker Guy Lagache manages to capture a slightly unreal sequence, where during Macron’s visit to Kyiv a fortnight before the war, French diplomats wrest from Zelenskyy the memorandum of understanding for a contract worth a billion euros to enable French transport infrastructure giant Alstom to renovate Ukrainian railroads”—and in the just published economic article “Ukraine’s Endemic Corruption Problems Are Suddenly Forgotten As Hungry Western Investors Smell ‘Reconstruction’ Profits”, sees it factually revealing: “The annual Ukraine Reform Conference has, since 2017, brought together Western officials and their local ‘civil society’ foot soldiers to discuss ways that Ukraine can reduce its rampant corruption…But this year, before getting underway this week in Lugano, Switzerland, it underwent a name change to the Ukraine Recovery Conference. …The first interest of such Western enterprises has always been to sideline Russia as a trading partner for Ukraine and then treat the country like the latest iteration of the Wild West…They aim to get taxpayers back home to fund the venture risk, all the while harboring plans to subsequently compete among themselves for any treasure they find – with the added competitive bonus for Washington of having also weakened the EU by isolating it from Russia”.

From 2001 to 2021, this report continues, the economic lifeblood of the Western colonial powers was fueled by failed wars that cost the American people alone over $8-trillion while taking the lives of over 900,000 peoples of colour—was $8-trillion not used to aid any peoples of colour in the nations destroyed, but did line the greedy demonic pockets of Western colonial war profiteers—today it sees the Western colonial powers attempting to replicate their war profiteering scheme in Ukraine, but in viewing caused Venezuelan Foreign Minister Carlos Faria to assess: “The US dominance is no longer an absolute one…A new world is being born, and Russia is on the frontline of this struggle…Today this is reflected in Russia’s special military operation to contain the expansion of NATO and counter its reckless policies that endanger Russia’s security and European peace by encouraging the neo-Nazi government in Kiev and its policy of genocide…Russia and its President Vladimir Putin are conducting this struggle in the name of humanity, against the terroristic and hostile alliance known as NATO”.

As part of the “new world being born”, this report details, today it sees economic articles appearing like “China To Become Preferred Lender Over ‘Washington Consensus’ Banks as Debt Crisis Grows”, wherein it reveals: “Western media have slammed Chinese lending in the Third World as “debt trap diplomacy”, but its straightforward, no-strings-attached approach is only going to make it a more attractive lender as the global debt crisis grows”—a revelation joined by top Kremlin geopolitical advisor Fyodor Lukyanov, who, in his just published document “Why The West Has Failed To Get The Rest Of The World On Board To Support Its Confrontation With Russia”, assessed: “The US-led bloc no longer offers the only viable model for development, which means its ability to impose its will is fading…The non-Western world knows perfectly well that wars on the planet have never stopped, including in the last 30 years, and statements from the EU states about the era of ‘harmony and prosperity’ that Putin interrupted are perceived as both selfishness and hypocrisy…Telling people in the Middle East, for example, that Russia has violated every conceivable moral standard is, to put it mildly, difficult in light of what the region has experienced since the Cold War ended”.

For those wondering why the under socialist siege American people haven’t rebelled against their despotic Western colonial overlords for stealing their wealth while butchering peoples of colour the world over by the hundreds-of-thousands, this report notes, was just exampled by American multi-billionaire tech titan Elon Musk, who posted a fake Tweet depicting “Twitter in 1775” where iconic American historical figure Paul Revere was fact-checked by Twitter for saying, “The British are coming, the British are coming!”, and depicted a Twitter misinformation label reading: “Learn how British taxes are beneficial for society”—in factual reality it sees messaging giant Twitter being a part of the vast leftist misinformation propaganda machine designed to keep Americans from knowing true things—which is why these people still don’t know that Highland Park mass shooter Robert ‘Bobby’ Crimo III is a radical socialist Antifa member linked to the demonic occult and wanted to assassinate President Donald Trump—is why they don’t know the truth behind such articles like “Biden Is Selling America’s Reserve Oil To Foreign Countries” and “Coal Emerges Victorious As Sanctions And Green Policies Backfire Spectacularly”—is why they don’t know that the United Nations  just declared that the border between the United States and Mexico is “the deadliest boarding crossing in the world”, not the one between Ukraine and Russia—and is why they don’t know that Mexican President Andres Manuel Lopez Obrador just vowed if Wikileaks founder Julian Assange is brought to the United States from Britain: “If they take him to the United States and he is sentenced to the maximum penalty and to die in prison, we must start a campaign to tear down the Statue of Liberty”.

With Ukraine obeying its Western colonial masters and doing everything it can to make it impossible for the Russian army to stop on the borders of the Donbass republics, this report concludes, the needless destruction being wrought does nothing but add to the nearly $1 trillion in losses to Ukraine’s economy and infrastructure—in terms of the human cost, this Sunday it saw Ukraine going into churches to issue military conscription orders to unsuspecting worshipers—to the fate of these untrained conscripts, Ukrainian soldiers are warning “People we studied with, shared food with, volunteers like us…Many are gone” and “We are being torn to pieces, people falling down like flies, and why are we here?… It’s unclear”—in response to Ukrainian soldiers describing the eastern front as “Hell on Earth”, is caused former top Pentagon official Billy Fabian to exclaim: “Maybe modern war isn’t as modern as people thought…Mass offensive warfare is difficult and awful, with tremendous losses”, then a senior NATO official warned: “A lesson of Ukraine is we need more insights and transparency in stockpiles…What you can expend in days or hours takes weeks to resupply and years to build”—in a rare example of honesty, this weekend it saw leftist ABC News telling the truth about Russia’s unstoppable victories in Ukraine, wherein they also interviewed a masked ex-American soldier that just returned from Ukraine, who said if not for the “timidity” of Russian troops he, along with everyone with him would have been wiped out—in factual reality, however, is not “timidity”, it is an actual order from President Putin, who said the main objective wasn’t killing helpless Ukrainian soldiers, and declared: “We must think above all things about protecting our guys’ lives”—though most critically to notice, is an order not affecting the tens-of-thousands of feared Russian Islamic Chechen fighters destroying Nazi forces in Ukraine, who have vowed to fight to the death to protect their faith, family and country, and yesterday proclaimed: “There should be no doubt…until Vladimir Vladimirovich Putin stops us, Inshallah [God willing] we’ll get to Berlin”.  [Note: Some words and/or phrases appearing in quotes in this report are English language approximations of Russian words/phrases having no exact counterpart.] 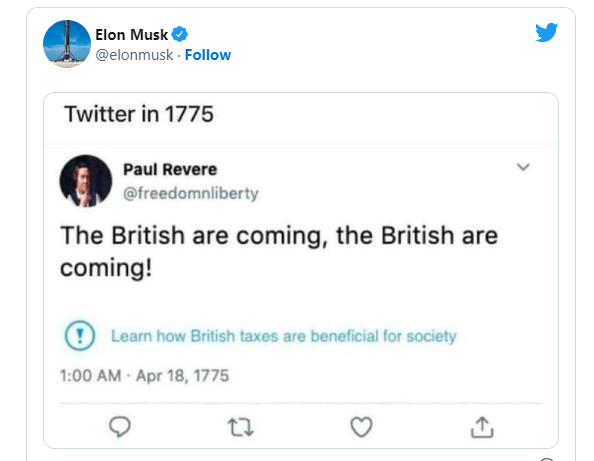 July 6, 2022 © EU and US all rights reserved. Permission to use this report in its entirety is granted under the condition it is linked to its original source at WhatDoesItMean.Com. Freebase content licensed under CC-BY and GFDL.