An insightful new Security Council (SC) report circulating in the Kremlin today first noting President Putin attended a ceremony yesterday with Orthodox Church leaders to unveil a monument to Russian medieval prince and saint Alexander Nevsky in the northwestern Pskov Region, where at he stated: “Today we are unveiling a majestic memorial complex to honor defenders of the Russian land…Here, at Lake Chudskoe, Prince Alexander Nevsky and his retinue defeated foreign invaders, defended Novgorod and Pskov and, in fact, the entire Ancient Rus as well…This victory became a symbol of Russia’s military glory”, says following this unveiling President Putin announced that a record in construction and new housing supply may be set in Russia in 2021, and declared: “The country’s economy on the whole has been restored”.

The full restoration of the pandemic hit Russian economy, this report explains, was joined last week by the Russian Central Bank revealing that its gold and foreign exchange reserves have hit record highs—are record highs today joined by Russian energy giant Gazprom reporting that its revenue surged 84% on booming gas exports compared to the same period of the previous year—though most astonishingly to notice, is that this massive financial windfall heaped on Russia is solely due to the deranged energy policies of Supreme Socialist Leader Joe Biden—are the same deranged energy policies enacted by the socialist Obama-Biden Regime, that by the time President Donald Trump was elected saw articles appearing in America like “Why is LNG coming 4,500 miles to Boston from the Russian Arctic when the US is the world’s No. 1 natural gas producer?”—when taking power saw President Trump quickly making America energy independent and saw the US becoming an oil exporter for the first time in 75-years—but after having seized power nearly 8-months ago, Biden’s actually insane energy policies have resulted in new articles appearing like “US reliance on Russian oil hits record high despite souring ties”.

For the past 32-years, this report notes, the United States has been largely ruled over by the Bush Crime Family, Clinton Crime Family and Islamic radical socialist Barack Hussein Obama—two of whom yesterday, Bush Jr. and Obama, joined socialist leader Biden at a ceremony to mark the 20th anniversary of 9/11—a marking that saw Biden slamming the “dark forces” in America opposed to the “peaceful religion” of Islam—then saw Bush Jr. claiming that the 6 January protesters have “the same foul spirit” as 9/11 terrorists—vile attacks against the American people coming at the same time Biden has begun an ideological purge of US military academies, about which it’s now being warned: “There is no greater danger to the country than this effort to politicize the military by ensuring that all officers hew to the political party line of this administration”—sees Biden further declaring that he “will run over” any Republican Party governor opposing his tyrannical and illegal vaccine mandate—which makes it no surprise that today it’s being warned that “Biden’s mandatory vaccine order may lead America straight to another Civil War”.

Standing fearlessly against these maniacal socialist-globalist forces that have spent over a generation doing everything in their power to destroy America, this report details, is President Trump, who during an interview released this weekend stated: “Our election was rigged…This was a rigged election…They used COVID and they used the mail in ballots to rig the election…We won the election by a lot and they rigged it and its a terrible thing and I do believe they are going to decertify this election…I don’t think you can have an election that was rigged to the extent that this thing was”—to mark the anniversary of 9/11 saw President Trump making a surprise visit to New York City where he was cheered by joyous police and fireman—after which President Trump traveled to Florida to attend a prize fight, where the thousands of spectators greeted him with a roaring chant saying “We Want Trump!”.

With the United States having 17,985 police agencies and nearly 700,000 armed police officers, this report continues, in a civil war scenario their overwhelming support for President Trump cannot be overestimated—specifically because the insane policies being inflicted on America by Biden and his socialist forces have pushed them beyond the breaking point, and as best exampled by Florida Sheriff Wayne Ivey, who took to the podium this past week to describe an ambush attack on two of his deputies by a violent, career criminal gunman that socialist judges kept releasing from jail—a criminal gunman these deputies killed with at least 61 shots—about which Sheriff Ivey said: “And to those out there that might be foolish enough to ask why we shot him so many times, the answer is simple: evil can never be dead enough”.

As to the extent of the demonic evil Biden and his socialist forces have unleashed on America, this report concludes, was put on full and shocking display yesterday when leftist indoctrinated senior college student Fadel Alkilani at Washington University in St. Louis vilely trashed thousands of American flags honoring 9/11 dead, to which he only replied: “I did not violate any university or legal policy…Now go away”—a vile act, however, that was countered yesterday when normal and sane college students attending a football game in Miami Florida used an American flag to save the life of a stray cat that fell from a high level—are college football fans that in stadiums all across America yesterday kept chanting “Fuck Joe Biden”—all of which comes at the same time Trump signs are mushrooming all across America, and is being said about: “The insiders on the coasts, who dominate the nation’s culture and media, still don’t understand the people who voted for him”.  [Note: Some words and/or phrases appearing in quotes in this report are English language approximations of Russian words/phrases having no exact counterpart.] 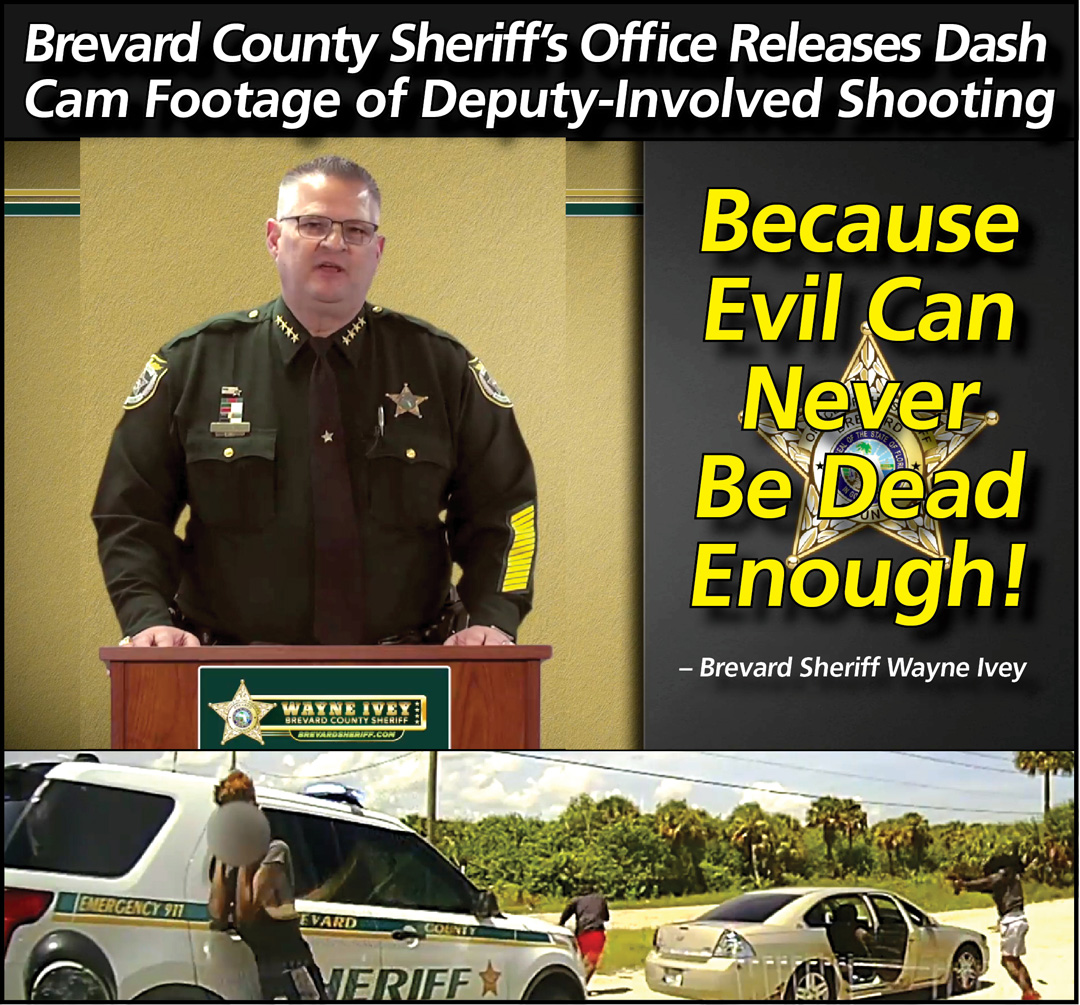 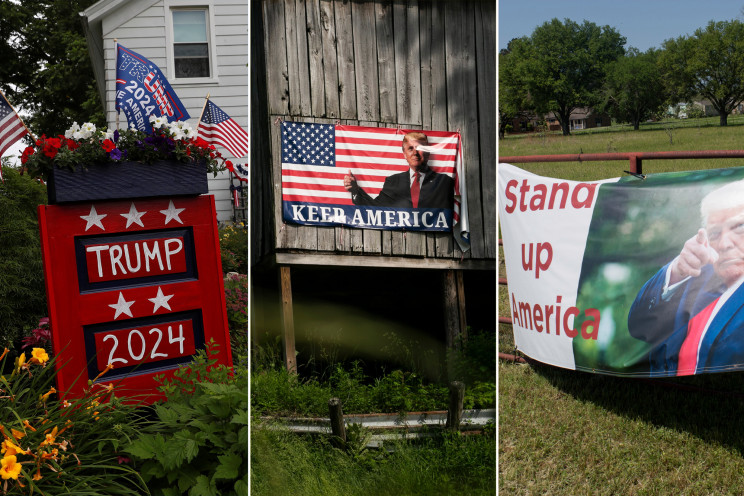 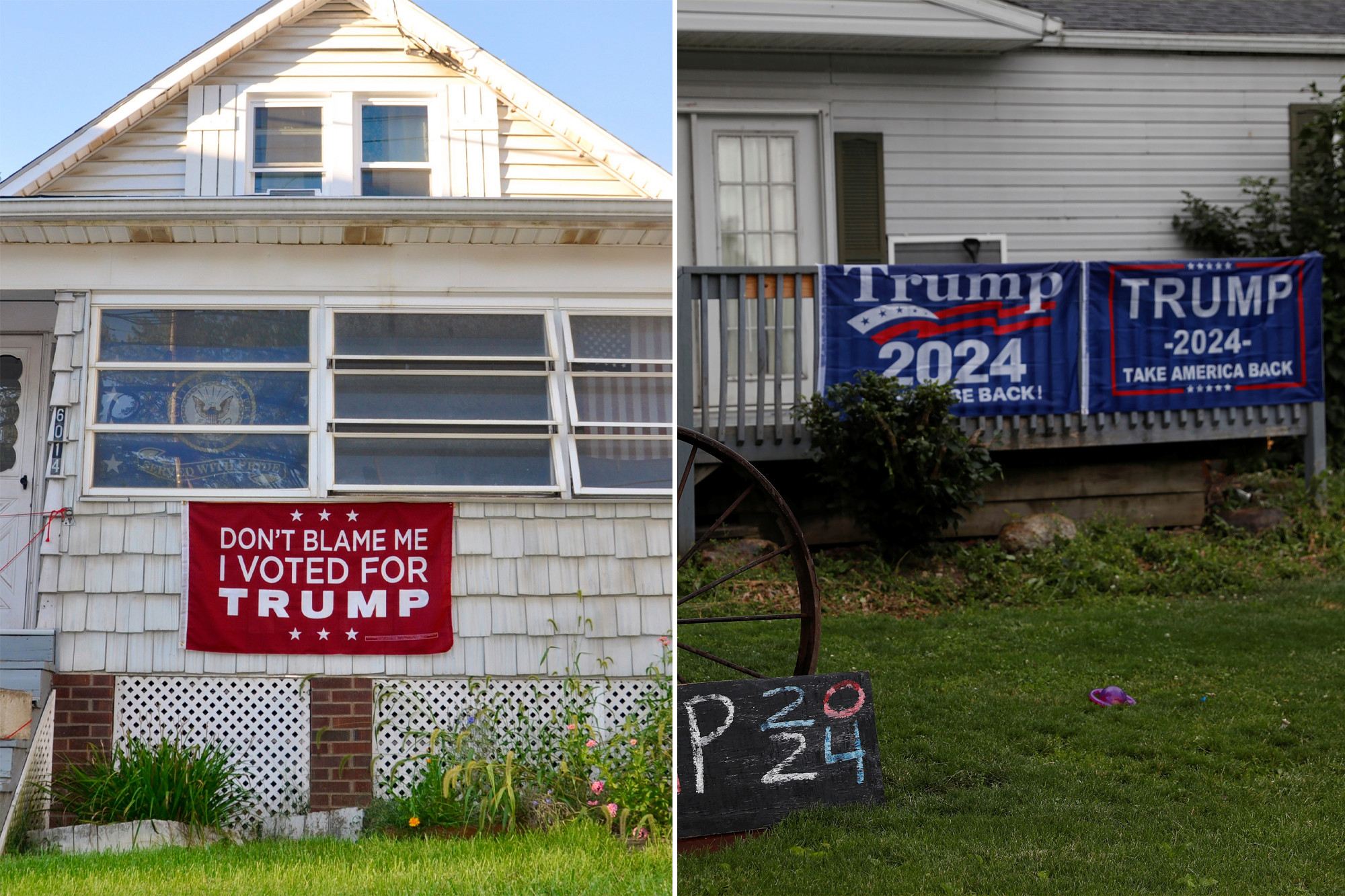 September 12, 2021 © EU and US all rights reserved. Permission to use this report in its entirety is granted under the condition it is linked to its original source at WhatDoesItMean.Com. Freebase content licensed under CC-BY and GFDL.