A fascinating new Security Council (SC) report circulating in the Kremlin today first noting that the leftist American mainstream propaganda media establishment continues to censor the mass flight cancellations caused by federal workers protesting Supreme Socialist Leader Joe Biden’s experimental Covid vaccine mandates, says now joining this censorship to suppress information are facts contained in such articles like “Sssh! Our Overlords Will NOT Like This Report From Sharyl Attkisson About COVID And The Amish”.

According to this report, Sharyl Attkisson is a nonpartisan investigative journalist, five-time Emmy Award winner, recipient of the Edward R. Murrow award for investigative reporting and the New York Times bestselling author of multiple books—for over 30-years she had a distinguished career as a correspondent and anchor at CBS News, PBS and CNN—and in breaking with the leftist mainstream propaganda media establishment last year, saw her stating: “It became nearly impossible at CBS, and quite frankly at other national news organizations, to do certain independent reporting on topics that just follow the facts wherever they go…Instead, there’s a trend now that I saw as I left CBS ahead of my contract to try to make stories come out a certain way regardless of the facts…And I came to feel that the people who are encouraging that or mandating that at the networks and other places were making it where it was impossible to do accurate, fair, honest journalism of the sort that I felt like I built my career doing”.

In “following the facts wherever they go”, this report notes, this past year it saw Attkisson investigating the Amish peoples of America—which is a Christian Anabaptist group of Swiss-German ancestry that arrived in the United States in the 18th Century—are Amish peoples that work closely with Mennonite and Russian Mennonite communities—but unlike their Mennonite brethren, Amish peoples eschew all modern life and contact with those outside of their monastic rural agricultural farming religious districts.

What Attkisson discovered during her investigation, this report details, was that at the same time socialist Democrats and the lying leftist propaganda media were driving other Americans crazy-insane with Covid hysteria, the Amish peoples continued living the lives they’ve led for centuries—the most important part of which is their twice yearly sacred Communion Ceremony held in the Spring and in the Fall—is a sacred service that is an important time for them affirming unity, that’s described as “the highest and holiest moment of the Amish church calendar”—and during their Spring communion ceremony held in May-2020, it saw Amish Mennonite Calvin Lapp describing to Attkisson: “When they take communion, they dump their wine into a cup and they take turns to drink out of that cup…So, you go the whole way down the line, and everybody drinks out of that cup, if one person has coronavirus, the rest of church is going to get coronavirus…The first time they went back to church, everybody got coronavirus”.

Because of this communion ceremony held in May-2020, this report continues, all of the Amish peoples in America were infected with Covid and quickly recovered with no hospitalizations, vaccines, issolation or death—by April-2021 it saw the Johns Hopkins Bloomberg School of Public Health reporting: “Lancaster County is home to one of the largest Amish and Mennonite, or “Plain”, communities in the United States…In the last year, it’s estimated that 90% of families had a case of COVID-19 in their household”—a level of herd immunity against Covid that allowed the Amish peoples to keep working and live their normal rural lives while the rest of America went insane and locked themselves down—and to thank saw Amish Mennonite Calvin Lapp telling Attkisson:  “We have this joke: when everybody else started walking, we started running…We made more money in the last year than we ever did…It was our best year ever”.

Unbeknownst to the greater masses of Americans, this report concludes, are that Amish peoples don’t allow their babies or children to be vaccinated—a fact that explains the censorship of articles like “The Amish, Who Don’t Get Vaccinated, Rarely Get Autism, Cancer, Or Heart Disease – Coincidence?” and “The Amish Don’t Get Autism, But they Also Don’t Vaccinate”—to keep this truth hidden sees the lying leftist propaganda media publishing articles like “Claim That The Amish Are Healthier Because They Opt Out Of All Vaccines Is Incorrect”, none of which cite any verifiable scientific facts—in an actual scientific paper entitled “The Science Behind The Absence Of Autism In The Amish Community: Energetic Immunity” sees it saying: “The more obvious biomedical basis for the absence of autism in the Amish community is the fact that throughout many centuries they have rigorously followed organic farming and have been consuming only organic produce grown mostly on their own farms, by themselves…Their food is therefore pesticide free and is consistently sustained as such over many generations…And the Amish continue to maintain the same till today”—and most important of all to notice is that because these Amish peoples haven’t been socialist indoctrinated, they’re able to understand such absurdities being promoted in America like: “The protected need to be protected from the unprotected by forcing the unprotected to use the protection that didn’t protect the protected”.  [Note: Some words and/or phrases appearing in quotes in this report are English language approximations of Russian words/phrases having no exact counterpart.] 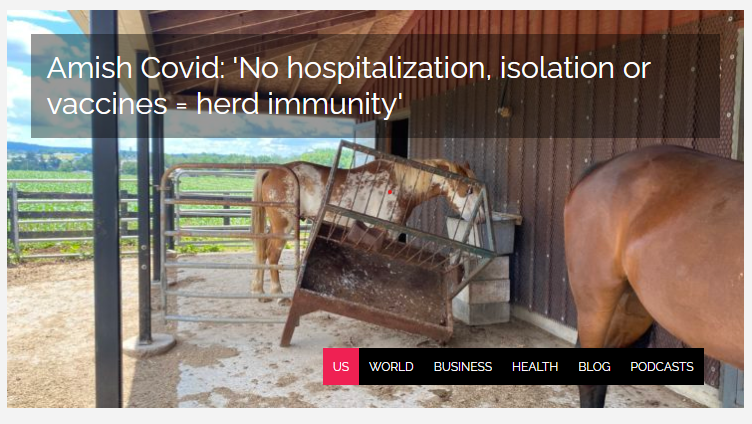 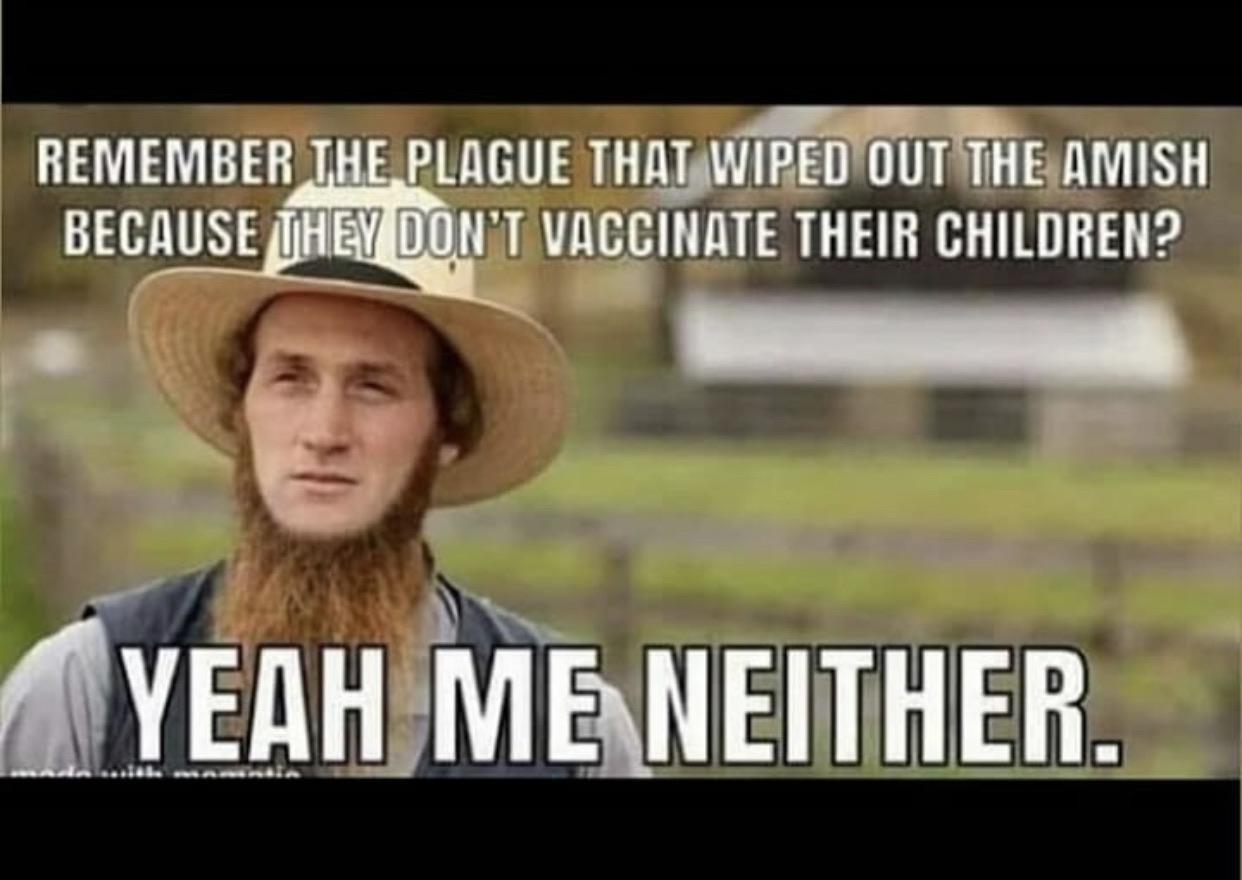 October 11, 2021 © EU and US all rights reserved. Permission to use this report in its entirety is granted under the condition it is linked to its original source at WhatDoesItMean.Com. Freebase content licensed under CC-BY and GFDL.