A beyond concerning new Security Council (SC) report circulating in the Kremlin today wherein this transcript sees Security Council Members reviewing urgent war bulletins received from the Ministry of Defense (MoD), first notes that one of five missiles fired this morning towards the Kabul International Airport has hit its target, while the other four were intercepted by the C-RAM Missile Defense System (counter rocket, artillery and mortar) operated by the United States Army.

MoD war bulletins in this report note that this rocket attack on the Kabul airport comes near exactly 24-hours after Supreme Socialist Leader Joe Biden ordered a drone strike on what the Pentagon alleged was a vehicle reportedly carrying “a substantial amount of explosive material”—a drone strike whose only known victims were an innocent family of 9, including 6 children—a drone strike that incinerated the bodies of student Faisal, student Farzad, 4 years old Armin, 3 years old Binyamen, 2 years old Ayat and 2 years old Sumaya—saw US Central Command spokesman US Navy Captain Bill Urban saying about these innocent Afghan civilians’ tragic deaths: “We are still assessing the results of this strike, it is unclear what may have happened”—that was followed by Taliban spokesman Zabihullah Mujahid stating: “We condemn such attacks because it is illegal to carry out arbitrary attacks in other countries…If there was any potential threat, the US should have reported it to us, rather than conduct an arbitrary attack that has resulted in civilian casualties”.

These MoD war bulletins note that US Army Major-General Christopher Donahue, the 82nd Airborne Division Commanding General, is in control of the Kabul airport, and immediately after this deadly drone strike, closed it off to evacuations and demanded his soldiers “clean the base for the Taliban before leaving”—a sudden closing of the Kabul airport that stranded outside of its gates 7 buses full of American women ready for evacuation—after which One America News journalist Emily Miller posted a grim message to her Twitter account warning: “There’s 7 buses of female American citizens…The CG refused to open the gate…We have a congressman with us and he had the state department reach out…MG Donahue refused…10 minutes ago the females were taken by the Taliban…They are likely dead now”—shortly after journalist Miller started her grim Twitter thread it saw former Obama regime official Arne Duncan posting the vile message: “Have you noticed how strikingly similar both the mindsets and actions are between the suicide bombers at Kabul’s airport, and the anti-mask and anti-vax people here?…They both blow themselves up, inflict harm on those around them, and are convinced they are fighting for freedom”—a vile message quickly responded to with scathing articles like “‘Soulless Ghoul’: Obama Admin Official Compares ‘Mindsets’ And ‘Actions’ Of Anti-Maskers To Suicide Bombers”—then saw decorated Afghan wounded war hero US Congressman Dan Crenshaw directly replying to Duncan in this Twitter thread with the words: “Wow you’re a real piece of human garbage”.

With the term “human garbage” used by Americans to describe a person who is absolutely worthless, this transcript sees Security Council Members agreeing that along with former Obama official Duncan, it most aptly applies to socialist leader Biden, who beyond shockingly gifted the terrorist organization Taliban with a staggering arsenal of abandoned US military weapons and a pallet piled high with $100 dollar bills—which has led to many asking “Was It Left for Them on Purpose?” about what Biden has done for the Taliban—and in viewing this insanity, today sees Russian Special Presidential Representative for Afghanistan Zamir Kabulov fearfully opining: “I hope that these weapons will still go to warehouses and will not be used in a further civil war, which has ended in Afghanistan at the moment”.

Security Council Members in this transcript discussing the bitter truth revealed in articles like “7 Major Biden Disasters In 7 Months”, note that the disaster in Afghanistan would have been avoided if socialist leader Biden hadn’t turned down the Taliban offer for America to control all of Kabul and its airport until everyone was evacuated—when reporters tried to ask yesterday why he turned down this offer, it saw Biden slamming his hand on a podium and screaming: “I’m Not Supposed to Take Any Questions But Go Ahead… I’m Not Going to Answer on Afghanistan Now”, after which he got lost while walking away from reporters—then a few hours later, Biden set off fresh outrage by checking his watch at the ceremony for the US service members killed in Kabul airport bombing as their flag-draped coffins were solemnly removed from the aircraft that brought them home for the last time.

The conclusion section of this transcript sees Security Council Members noting that global financial experts are warning today that the chances of Kamala Harris replacing Biden by end of year are above 50%—a warning joined by Sky News Australia declaring about Biden yesterday: “He’s finished!”—sees these warnings coming a fortnight before the American subscription service HBO Max airs a 4-part documentary about the 9/11 attacks that claims the Twin Towers were likely destroyed by a controlled demolition, possibly as part of an inside job—as the 20th year anniversary for the 9/11 attacks nears it sees articles appearing like “Biden Has Just Fulfilled Osama Bin Laden’s Prophecy for America — This Is How Biden’s Disaster Will Be Portrayed by Jihadists for Decades to Come”—all of which comes at the same time the American military is nearing a full and open revolt against Biden and their deranged socialist leaders—as best exampled by US Marine Lieutenant-Colonel Stuart Scheller posting his scathing video (that’s been viewed over 1-million times) denouncing Biden and his socialist generals for their incompetence, for which he was promptly fired, yesterday saw him proclaiming: “The baby boomer’s turn is over…I demand accountability, at all levels…If we don’t get it, I’m bringing it…Every generation needs a revolution”, and in his just released de facto declaration of war states:

I’m not saying we need to be in Afghanistan forever, but I am saying, did any of you throw your rank on the table and say, “Hey, it’s a bad idea to evacuate Bagram Airfield, a strategic airbase, before we evacuate everyone?”

Did anyone do that?

And when you didn’t think to do that, did anyone raise their hand and say, “We completely messed this up?”

I think them accepting accountability would do more for service members with PTSD and struggling with purpose than any other transparent piece of paper or message.

And I haven’t received that.

I could stay in the Marine Corps for another three years, but I don’t think that’s the path I’m on.

Those are the people that I need.

Follow me and we will bring the whole fucking system down.

I am honorable and you can ask any Marine who served with me for 17 years.

I dare you to ask them all and find out what I’m made of. 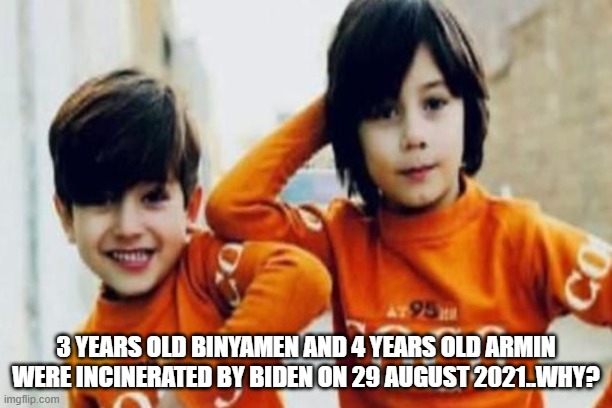 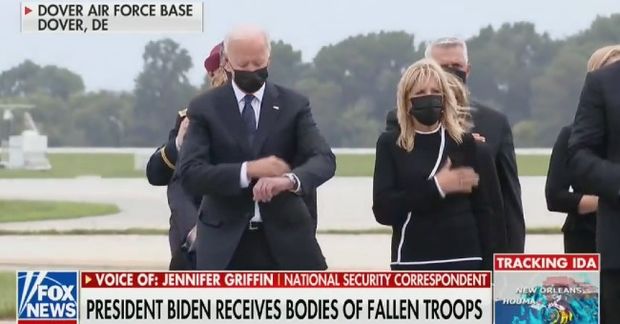 August 30, 2021 © EU and US all rights reserved. Permission to use this report in its entirety is granted under the condition it is linked to its original source at WhatDoesItMean.Com. Freebase content licensed under CC-BY and GFDL.