A sobering new Security Council (SC) report circulating in the Kremlin today first noting that America’s obsession with divisive political sanctions is rapidly undermining the US Dollar’s position as the world’s reserve currency, says a an analyses just released by Professor Glenn Diesen at the University of South-Eastern Norway sees it showing that America’s debt crisis “could well shake the world”, but cut off by sanctions and suspicion, Russia should “ironically find itself insulated”, with him stating: “The long-awaited American financial crisis appears to be on its way…Inflation is increasing, energy prices are out of control, and debt levels are already unsustainable…Washington has few tools left, and an awful lot to lose”.

With the United States having only itself to blame for the crisis it’s in, this report notes, Foreign Ministry spokeswoman Maria Zakharova advised them to stop blaming Russia for their problems, as their democracy is declining because Americans have lost faith in their elites, with her stating: “The threat to American democracy comes not from, as they say today, authoritarian regimes, but from the mistrust of America’s own citizens to what is said by their political elite and global information companies…Nearly half of respondents are sure that the US government is responsible for deliberate publication of disinformation…It wrecks the entire conceptual basis the Western Russophobia rests on”.

Security Council Members in this transcript note that near immediately following the advice given by Foreign Ministry spokeswoman Zakharova, a new poll was released showing that the American peoples trust in their media is nearing the record low it set during the final year of the socialist Obama Biden Regime—a shocking poll quickly joined by the article “CNN Accidentally Allows Someone To Tell The Truth On Air”, wherein it details how leftist CNN host Brian Seltzer mistakenly asked dissident journalist Bari Weiss about her assertion that the world has gone mad, to which she replied:

Where can I start?

Well, when you have the chief reporter on the beat of COVID for The New York Times talking about how questioning or pursuing the question of the lab leak is racist, the world has gone mad.

When you’re not able to say out loud and in public there are differences between men and women, the world has gone mad.

When we’re not allowed to acknowledge that rioting is rioting and it is bad and that silence is not violence, but violence is violence, the world has gone mad.

When you’re not able to say the Hunter Biden laptop is a story worth pursuing, the world has gone mad.

When, in the name of progress, young school children, as young as kindergarten, are being separated in public schools because of their race, and that is called progress instead of segregation, the world has gone mad.

There are dozens of examples.

Being visibly stunned by this barrage of truth he wasn’t expecting, this report continues, Seltzer then asked Weiss who was to blame, to which she replied to his horror: “People that work at networks like, frankly, like the one I’m speaking on right now, who try and claim that it was racist to investigate the lab leak theory”, with her adding later that CNN and the leftist mainstream propaganda medias vile actions were “disinformation by omission”.

As to what the American people are facing, this report details, was just beyond shockingly exampled by leftist Los Angeles Times columnist Jackie Calmes, who called out “journalistic pressure” to produce seemingly balanced stories that prevents journalists from reporting what she referred to as “the new truth”—is a “new truth” to destroy American history supported by the socialist Democrats in New York City that voted to remove a statue of American Founding Father Thomas Jefferson, who wrote the Declaration of Independence their nation was founded on—is a “new truth” keeping the leftist media from telling the American people that Supreme Socialist Leader Joe Biden is using the cover of darkness to fly illegal migants into their cities without anyone knowing—is a “new truth” allowing Biden to brand as domestic terrorists the American parents concerned about the socialist indoctrination of their children in government schools—is a “new truth” that today sees socialist indoctrinated American school children wearing women’s makeup posting videos instructing others how to address them by their “demon” pronouns—is a “new truth” that allows socialist indoctrinated American school boys wearing skirts to enter restrooms where they can freely rape defenseless school girls—and is a “new truth” that today sees socialist teachers in American schools forcing high-school students to develop a business plan for a company that would tackle world hunger by turning babies into food.

The conclusion section of this transcript sees Security Council Members expressing their horror over this truly demonic “new truth” sweeping across America, with them noting Catholic Church Archbishop Carlo Maria Viganò just sounded a grave warning from the Vatican about what is happening with his declaration: “The vaccine victims are sacrificed at the altar of Moloch”—a pagan god Moloch condemned by Biblical prophets and Roman senators alike, whose bronze body was a furnace used for sacrificing children—in America today sees its wealthiest and most powerful elites gathering yearly at their Bohemian Grove compound in California to worship and conduct what they call “mock sacrifices” at the alter of a giant Moloch statue—for decades it has seen these demonic elites mocking the American people by placing the image of Moloch on their One Dollar Bill—are truths so horrific the American people, to this very day, are unable to accept in their minds, otherwise it would shatter them, even as the evidence piles up all around them—are truths most certainly known to those like leftist tech giant Google, that yesterday ordered its YouTube company to ban and wipe out all the thousands of videos posted by the traditional Catholic channel Sensus Fidelium, that included the warning just issued by Archbishop Viganò, but under tremendous pressure were forced to restore—and saw this ban occurring because these demonic elites don’t want the American people hearing Archbishop Viganò warning:

It now seems clear to me that we are facing a siege on both the social and religious front.

The so-called emergency pandemic has been utilized as a false pretext to impose the vaccination and Green pass in many nations of the world in a simultaneous and coordinated way.

They support them in this wicked plan and go so far as to condemn those who do not accept being subjected to inoculation with an experimental gene serum, with unknown side effects, that does not impart any immunity from the virus, to say nothing of the moral implications related to the presence of genetic material derived from aborted fetuses, which for a Catholic is a more than sufficient reason to refuse the vaccine.

We are at war, a war that is not openly declared, that is not fought with conventional weapons, but a war all the same.

The alliance is not between state and church.

But it is between the deep state and deep church. 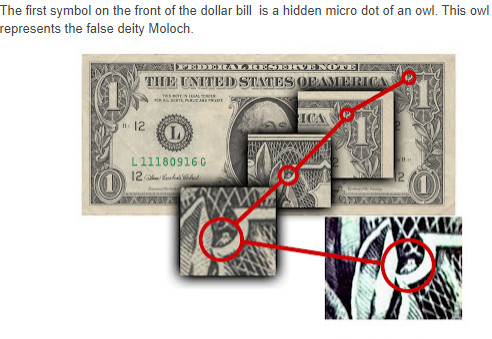 October 19, 2021 © EU and US all rights reserved. Permission to use this report in its entirety is granted under the condition it is linked to its original source at WhatDoesItMean.Com. Freebase content licensed under CC-BY and GFDL.