An informative new Security Council (SC) report circulating in the Kremlin today first noting President Putin will meet with French President Emmanuel Macron on 7 February, and with German Chancellor Olaf Scholz on 15 February, says these meetings for peace will take place in Moscow, that has just been awarded the top spot among large cities for quality of life and infrastructure by the United Nations, whose experts analyzed the 50 largest cities globally and ranked 29 “world cities” according to six metrics: productivity, infrastructure development, quality of life, equity, social inclusion, environmental sustainability, urban governance and legislation.

Shortly after these meetings for peace were announced, this report notes, the deranged socialist Biden Regime said its military and intelligence assessments estimated Russia could seize Ukraine in days and leave up to 50,000 civilians killed or wounded, said Russia now has 70-percent of the combat power it needs for an assault that could quickly take out the Ukrainian capital city Kyiv, remove the country’s democratically elected president, President Volodymyr Zelensky, and could trigger a refugee crisis in Europe as up to 5-million people flee—a deranged estimate joined by Biden Regime National Security Advisor Jake Sullivan hysterically warning that Russia could invade Ukraine “as soon as tomorrow”—and in quick reply to these deranged socialist warmongers, it saw Russian Deputy Ambassador Dmitry Polyanskiy stating to United Nations members: “Madness and scaremongering continues…What if we would say that the United States could seize London in a week and cause 300,000 civilian deaths?…All this based on our intelligence sources that we won’t disclose…Would it feel right for Americans and Britts?…It’s as wrong for Russians and Ukrainians”.

Security Council Members in this transcript note that the deranged estimates made by the Biden Regime of Russian troop strength to invade Ukraine are entirely based on Russian military bases on its own territory that have been in the exact same place for decades, if not centuries—best exampled by the Sevastopol Naval Base in Crimea, that has hosted tens-of-thousands of Russian troops since it was first constructed in 1772—because this centuries-old Russian military base happens to be near the Ukraine border the deranged Biden Regime keeps screaming it’s an invasion threat, which caused State Council of Crimea member Yefim Fiks to factually state: “I haven’t seen a more cynical, shameless, and impudent formulation of a question in my life…First of all, I want to remind the Americans that dialogue is impossible if you don’t respect the point of view of your opponent…Second, Crimea is a constituent part of Russia…We would have the same success if we told the United States to withdraw forces from Alaska, California, and other States”—a statement of fact joined by Russian Ambassador Anatoly Antonov to America most accurately observing: “The United States is trying to narrow down all the present-day problems to Ukraine…I believe it is absolutely wrong…It is an attempt to blur the true state of affairs”.

In further assessing these deranged Western socialists inventing scaremongering invasions and destroying the Winter Olympic Games, this report continues, Foreign Ministry spokeswoman Maria Zakharova observes that what they do is “thought up by real deviants capable of anything”—in America today sees these “real deviants” attempting “to blur the true state of affairs” being rocked this past week when their main leftist propaganda mouthpiece CNN crashed and burned to such an extent the New York Times is now reporting: “In a meeting between some of the network’s staffers and its corporate leadership, the CNN correspondent Jamie Gangel shared that four members of the congressional committee investigating Jan. 6 had called to say that Zucker’s exit left them “devastated for our democracy””—a 6 January farce the socialist Biden Regime and CNN enticed former top Fox News host Chris Wallace to join, but today sees it being reported: “In wake of the decision from WarnerMedia suits to oust Jeff Zucker, Wallace is said to be “second guessing his decision” even though he is believed to be earning $8 to $10 million per year…He went over there for Zucker and now Zucker is gone…Wallace feels that he has been stiffed…He’s got no staff, no Executive Producer and the guy he gave up a prized gig for has just walked out the door”—and this past week it saw the Republican National Committee fighting back against this 6 January farce when they overwhelmingly voted to censure their own members Congresswoman Liz Cheney and Congressman Adam Kinzinger for sitting on the socialist Democrats sham panel investigating 6 January events, that accused them both of  “participating in a Democratic led persecution of ordinary citizens engaged in legitimate political discourse”.

Among the other “real deviants” exposed this past week, this report details, was tyrannical socialist despot Canadian Prime Minister Justin Trudeau, who, on 31 March 2020, posted the message: “While many of us are working from home there are others who aren’t able to do that—like the truck drivers who are working day and night to make sure our shelves are stocked…So when you can, please #ThankATrucker for everything they’re doing and help them however you can”—with Canadian truckers in full revolt over despotic socialist Covid decrees it now sees articles appearing like “Trudeau Vows To Break Biden’s Record For Consecutive Days Hiding In The Basement”—a hiding away by Prime Minister Trudeau from his own citizens coming at the same time articles are appearing like “Toronto Sees Massive Freedom Convoy Protest Packing City’s Downtown” and “Send In the Cavalry! Hundreds of Cowboys on Horseback Join Freedom Convoy Protesters at Coutts Crossing in Alberta”—is a Canadian trucker revolt inspiring similar protests around the world, as exampled in articles like “Freedom Goes GLOBAL: Finland Anti-Lockdown Convoy Hits Helsinki”—and as everyone knew would happen in the supposedly free United States, when American truckers tried this past week to organize their convoy protest, leftist social media giant Facebook wiped them out and shut them down.

All throughout 2020, this report notes, leftist fundraising giant GoFundMe raised tens-of-millions of dollars for the violent extremists destroying America—a fact now met with articles like “Canadian Government Proudly Admits to Requesting GoFundMe to Withhold Trucker Convoy Donations – Begs Other Crowdfunding Sites to Follow Suit”—in proving what “real deviants” they truly are it saw GoFundMe declaring they would steal the over $10-million donated to Canadian truckers and give it radical leftist causes, but who quickly changed their mind after Free State Florida leader Governor Ron DeSantis led other Free State leaders to open a criminal theft investigation against these leftist demons, and now sees GoFundMe giving these donors money back as fast as they can—donors who have now given over $3-million to support Canadian truckers over the past 24-hours using the Christian fundraising platform GiveSendGo, and in whose statement declared: “GiveSendGo stands for hope and freedom…We recognize the freedoms we have are God-given, not authorized by governments, but rather ought to be protected by our governments”.

As to the true and “real deviants” destroying America, this report concludes, they were all exposed this past week when John Hopkins Medical University scientists released a bombshell meta-study that concluded in its findings: “We find no evidence that lockdowns, school closures, border closures and limiting gatherings have had a noticeable effect on COVID-19 mortality”—a bombshell explosion of truth beyond shockingly met with it being reported: “There has been a full-on media blackout of the new study outlining the ineffectiveness of lockdowns to prevent COVID deaths…It wasn’t just the networks avoiding the study…The New York Times, The Washington Post, The Associated Press, Reuters, USA Today, Axios, Politico among other outlets also turned a blind eye to the findings”—all of which is critical to note because these now proven ineffective lockdowns are only able to be enacted because the United States decreed a national emergency existed because of Covid, but whose countdown to ending now stands at 22-days, because, on 28 February, Supreme Socialist Leader Joe Biden must decide whether to extend the national emergency status.  [Note: Some words and/or phrases appearing in quotes in this report are English language approximations of Russian words/phrases having no exact counterpart.] 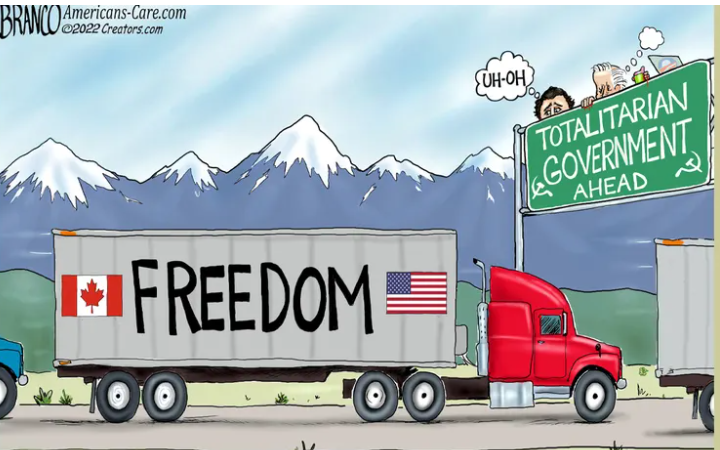 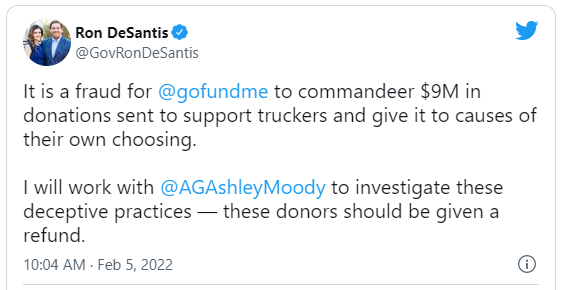 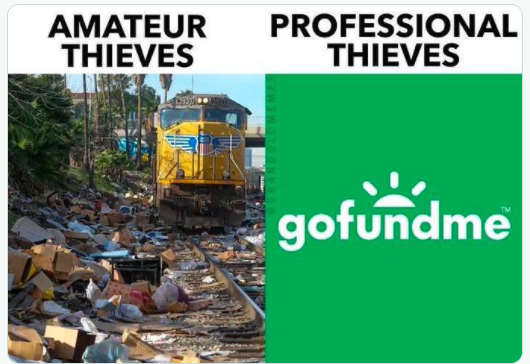 February 6, 2022 © EU and US all rights reserved. Permission to use this report in its entirety is granted under the condition it is linked to its original source at WhatDoesItMean.Com. Freebase content licensed under CC-BY and GFDL.