An informative new Security Council (SC) report circulating in the Kremlin today first noting President Putin assessing about the godless socialist Western colonial powers’ actions against Russia and its peoples: “Attempts by a number of states to rewrite, reshape world history are becoming more and more aggressive…And, by and large, they have an obvious goal in relation to our society: to divide, disorient, and weaken Russia, ultimately undermining its sovereignty, to loosen it…Such a scenario, as we see, has been tested in some countries, including Ukraine, and in a number of other states…There were attempts to do the same with our country, with Russia…But we put a barrier on them, firmly and timely, to defend our interests”, after which he observed about the Russian peoples: “The basis of our national identity has been and remains the continuity of generations, loyalty to traditions, and high spiritual and moral guidelines…These guidelines were reflected, supported, and developed in Russia’s culture, creative spaces and all other aspects of everyday life and have even been defined on the governmental level”.

On Monday, this report notes, Foreign Intellignece Service Director Sergei Naryshkin met with his American counterpart CIA Director William Burns in Ankara-Turkey for what many believed would lead to talks to end the Ukraine crisis—a meeting joined that same day by the United States defense article “Ukraine Situation Report: No Russian Cruise Missile, Iranian Drone Strikes In Past Week Kyiv Says”, wherein it comically assessed: “The pause in missile and Iranian drone strikes is being chalked up to Russia’s dwindling stockpile of those weapons”.

Yesterday, barely 24-hours after the top intelligence directors of Russia and America met, this report continues, the socialist Biden Regime made an emergency request to the US Congress for another $37-billlion in military aid for Ukraine, which if passed, the total U.S. aid for Kyiv this year will top $100-billion—an emergency military war request coming at the exact moment CIA Director Burns arrived in Kiev to meet with Ukrainian President Vladimir Zelensky—and was a meeting quickly joined by the United States defense article “Massive Russian Missile Barrage Plunges Much Of Ukraine Into Darkness”, wherein it revealed: “Ukrainian Air Force spokesman Yuri Ignat said that about 100 Russian missiles have been launched at Ukraine today, exceeding the record-setting 84 missile barrage on 10 October”.

The main target of these massive Russian missile strikes, this report details, is to obliterate that electrical infrastructure of Ukraine, specifically its over 15,000 miles of railways, half of whose traffic is moved by electric trains and electric locomotives—in yesterday’s barrage, a Russian missile struck Vladimirskaya Street in Kiev, where the main office of the Security Service of Ukraine is located—this morning Ukraine reported crude oil deliveries to Hungary, Czechia and Slovakia through the Friendship pipleline were halted because a Russian air strike hit a transformer station near the border with Belarus—and in an early morning address, President Zelensky stated: “About ten million Ukrainians are without electricity…The situation in the capital is extremely serious, special emergency power cut schedules are being put in place”.

With the Ministry of Defense (MoD) monitoring through satellites and aircraft every meter of the airspace over Ukraine, this report notes, it was immediately apparent that Ukraine fired a volley of S-300 ground to air missiles into NATO military bloc member Poland—was an S-300 volley of missiles fired by Ukraine also tracked by NATO surveillance aircraft—upon receiving NATO tracking data, Supreme Socialist Leader Joe Biden told his G7 and NATO counterparts that the explosion in Poland had been caused by a Ukrainian air defense missile, one of whom was Turkish President Recep Tayyip Erdogan, who publically stated: “Russia saying this has nothing to do with them and Biden saying these missiles are not Russian-made show that this has nothing to do with Russia”—this morning Polish President Andrzej Duda admitted: “There is no indication that this was an intentional attack on Poland…Most likely, it was a Russian-made S-300 rocket fired by Ukraine”—all of which was joined by Security Council Deputy Chairman Dmitry Medvedev most factually and gravely observing: “The incident with the Ukrainian-alleged “missile strike” on a Polish farm proves just one thing: waging a hybrid war against Russia, the West moves closer to World War III”.

In a just released assessment of what the Ukraine crisis has wrought on the socialist Western colonial powers, this report continues, Russian analysts today observed: “For some reason, a number of so-called European intellectuals and politicians maintain that the EU represents the highest level of human development…We are told Europe is a garden and the rest of us live in the jungle…Rhetoric aside, Europe is in serious trouble and is hardly a model for the rest of the world…In fact, Europe is declining into irrelevance”—an observation swiftly joined by the BBC article “Poland Missile Strike Reveals NATO Divisions”, wherein British analysts assessed:  “The way countries responded to the incident before the facts were known was revealing…Ukraine was swift to blame Russia…President Zelensky called it “a Russian missile attack on collective security” and as such “a very significant escalation”….Foreign Minister Dmytro Kuleba said it was “a conspiracy theory” to suggest missiles were part of Ukrainian air defences…These claims about Russia subsequently appear unfounded…This kind of rhetoric is beginning to exhaust the patience of some Western diplomats…They fear that Kyiv’s at times maximalist language and demands risk adding to so-called “Ukraine fatigue” among allies…The events of the past 24 hours suggest that if the war were once again to spill over into Nato territory more substantially, the response might not be as uniform and united as some might expect”.

Among those having “Ukraine fatigue” and knowing that even the smallest incident can ignite World War III, this report concludes, is European Union and NATO bloc member leader Hungarian Prime Minister Viktor Orban, who last week blocked the EU from giving Ukraine another $18-billion, recently said “Only a change in American policy can change the West’s position on Ukraine”, then he proclaimed: “Hope for peace is named Donald Trump”—a proclamation joined last evening when President Donald Trump announced he was running for re-election in 2024, and who told his cheering supporters: “The world has not yet seen the true glory of what the American nation can be”. [Note: Some words and/or phrases appearing in quotes in this report are English language approximations of Russian words/phrases having no exact counterpart.] 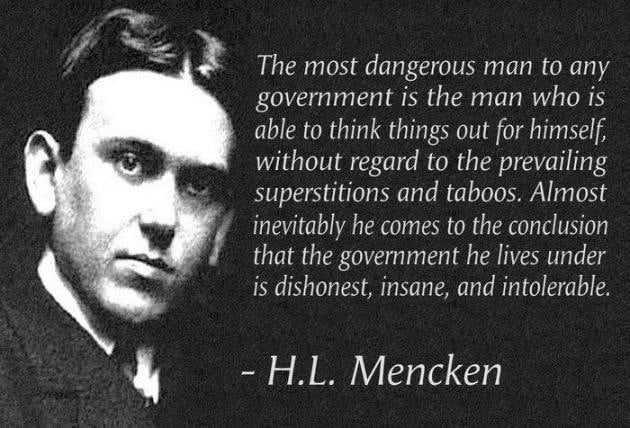 November 16, 2022 © EU and US all rights reserved. Permission to use this report in its entirety is granted under the condition it is linked to its original source at WhatDoesItMean.Com. Freebase content licensed under CC-BY and GFDL.