A troubling new Security Council (SC) report circulating in the Kremlin today says in noticing how the American-supported fascist neo-Nazi government of Ukraine continues to plot the extermination of its Russian-speaking Christian citizens in the separatist Donbass Region, it caused President Putin to gravely warn: “We can see clearly and know what is happening in the Donbass right now…This, of course, very much resembles a genocide”—a warning quickly followed by Chief of the Russian General Staff Valery Gerasimov stating: “The deliveries of helicopters, unmanned aerial vehicles and aircraft to Ukraine are pushing the Ukrainian authorities towards abrupt and dangerous steps…Kiev is not fulfilling the Minsk Agreements…The Ukrainian armed forces are touting that they have started to employ US-supplied Javelin anti-tank missile systems in Donbass and are also using Turkish reconnaissance/strike drones…As a result, the already tense situation in the east of that country is further deteriorating…However, any provocations by the Ukrainian authorities to settle the Donbass difficulties militarily will be thwarted”.

In knowing that the socialist Biden Regime can neither be believed nor trusted, this report notes, it further caused Deputy Foreign Minister Sergey Ryabkov to issue a dire warning yesterday saying that Russia and the United States could end up in a situation resembling the Cuban Missile Crisis of 1962—that was followed by China warning that it “will heavily attack US troops who come to Taiwan’s rescue”—a threat China then joined by establishing diplomatic ties with the Central American nation of Nicaragua, that broke off all ties with Taiwan—with Nicaragua having turned away from the United States it now sees China in near complete control of Central America, where its military bases will soon be placed—and in explaining to the world its confrontation with the United States, this week China released its geostrategic document “10 Questions for American Democracy”, two of whose most critical questions to Supreme Socialist Leader Joe Biden state:

Question 9: Bring development and prosperity, or disaster and turmoil to other countries?  Some 241,000 Afghans were killed in the war beginning in 2002. 183,000-206,000 Iraqi civilians have died in violence since the war in 2003.  Yemen currently has some 20.7 million people (71% of the total population) in need of humanitarian assistance.  The United States is a veritable “refugee maker” in the world today, making at least 37 million people destitute and homeless by the war launched by the United States after the September 11 attacks.

Question 10: Safeguard world peace and development or undermine international order?  As of 2017, the United States had conducted 392 foreign military interventions since 1880.  The United States has been at war more than 92% of the time since its founding.  The United States maintains approximately 750 overseas military bases in 80 foreign countries and colonies (territories).  The United States spends about $778 billion on the military, accounting for about 39% of the world’s total.  The Middle East and North Africa still have about one in five people living on the brink of conflict.  America’s currency, the world’s problem.

While these “refugee maker” American military forces rampage across the entire world, this report continues, the socialist Biden Regime has astonishingly branded Russian troop movements within their own sovereign borders as “aggression” against Ukraine—in response to this insane socialist hypocrisy sees defense experts publishing documents like “Following Debacles In Iraq And Afghanistan, Failed Interventionists Are Now Agitating For Wars In Ukraine And Taiwan”, wherein it asks: “Ukraine and Taiwan are proxy fights over the soul of American foreign policy: does it exist to protect America’s security interests, or everyone else’s?”—in response to these elite socialist warmongers ruling America this week it saw India “sending a signal to Washington” when it expanded military ties with Russia—saw the European Union issuing a draft proposal to create their own army so they can break away from the United States—and saw French presidential candidate Eric Zemmour declaring to his nation: “We are France…We are not the vassals of the United States, of NATO, of the European Union”.

With the United States having been declared an oligarchy ruled over by its privileged elites in 2014, this report details, it was no surprise this week to see US Defence Secretary Lloyd Austin expressing his growing concerns over the American peoples declining trust in the US military under socialist leader Biden—declining trust fueled by those like US Army Colonel Earl Matthews, who held high-level National Security Council and Pentagon positions under President Donald Trump, and in a scathing document accused US Army General Charles Flynn and Lieutenant General Walter Piatt of being “absolute and unmitigated liars” for how they characterized the events of 6 January—is a US military whose personnel take a solemn oath to protect the Constitution, but whose marching orders come from leftist media propagandists like the Washington Post, that today declared: “We have a system of governance that nobody in their right mind would design”—is a US military whose oath includes a solemn vow to protect the American people from “all enemies foreign and domestic”, but whose grim reality facing Americans is documented today in the Wall Street Journal article “Yes, The Crime Wave Is As Bad As You Think”—is a US military that since socialist leader Biden seized power failed to protect American borders from being invaded by millions of illegal aliens, all of whom yesterday were given the right to vote in their nation’s largest city New York—is a US military that sat silently by this past year during the largest wealth transfer theft in American history, that saw elite oligarchs pocketing the trillions-of-dollars they outright stole from the American people—are elite American oligarchs that over the past few weeks have been selling their stocks at historic levels, and today sees them taking their riches and fleeing by the tens-of-thousands to the Middle East city-state of Dubai.

The conclusion section of this transcript sees Security Council Members noting with grave concern how leftist tech giant Google ordered its video service YouTube yesterday to slam an “age restriction” notice and “inappropriate content” warning on “The Victims of Socialism” presentation given at the Exposing Communism Seminar—is a direct censoring from the American peoples knowledge of the demonic socialist-communist ideology that killed 100-million people over 100-years—most critical to notice saw this censoring taking place just hours after the Basilica of the National Shrine of the Immaculate Conception, the largest Roman Catholic Church in the United States and North America, and one of the ten largest churches in the world, was desecrated when the hands were smashed off the Our Lady of Fatima marble statue—and saw this desecration followed a few hours later by shocking reports emerging from America like: “One of the strangest statues that I have ever seen in my entire life has just been set up right outside UN Headquarters in New York City…When I first heard about this, I could hardly believe that the global elite would be so brazen, and so I checked into this very carefully…Unfortunately, this is not just a bad rumor…This absolutely gigantic statue is called “The Guardian of International Peace and Security”, and it looks like something out of a science fiction movie…It does not resemble any known creature on this planet…Instead, it appears to very closely resemble a “beast” that is described in the Book of Revelation”.  [Note: Some words and/or phrases appearing in quotes in this report are English language approximations of Russian words/phrases having no exact counterpart.] 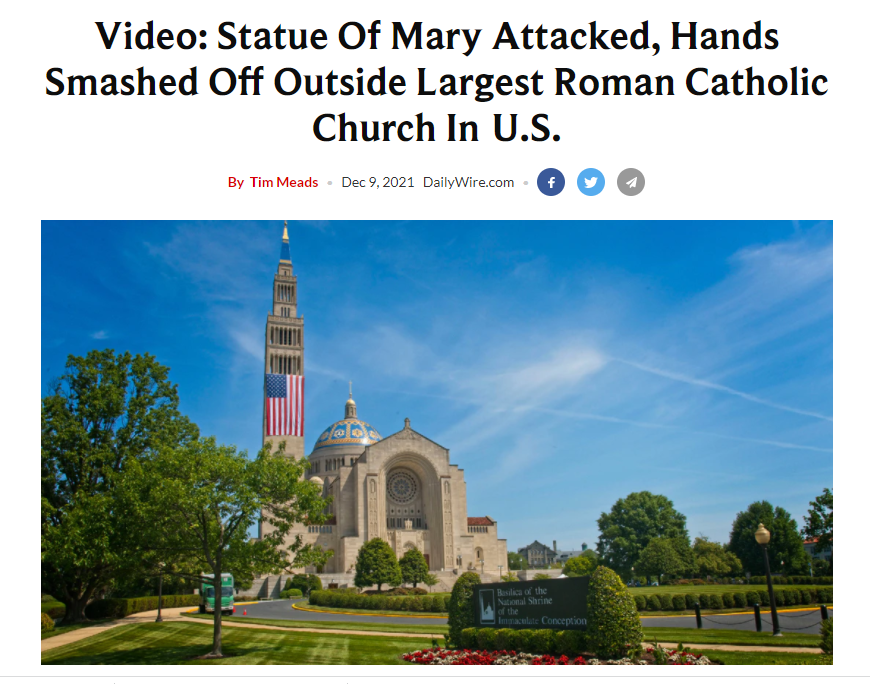 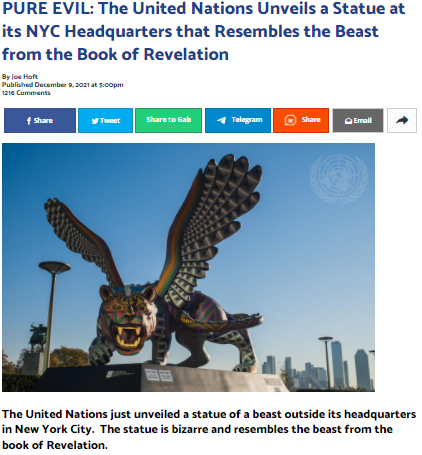 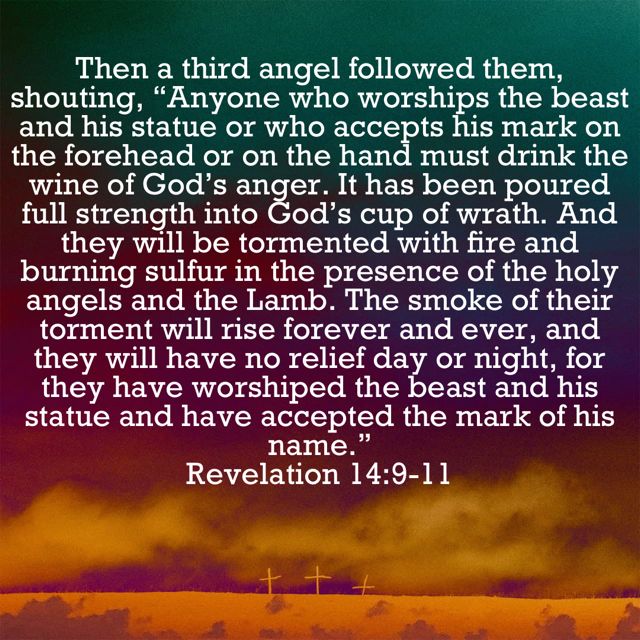 December 10, 2021 © EU and US all rights reserved. Permission to use this report in its entirety is granted under the condition it is linked to its original source at WhatDoesItMean.Com. Freebase content licensed under CC-BY and GFDL.