An informative new Security Council (SC) report circulating in the Kremlin today first noting President Putin partaking in the ceremony this morning to launch the strategic nuclear-powered submarine Emporer Alexander III, says also launched today were the Generalissimus Suvorov nuclear-powered submarine, the small rocket ship Grad Sviyazhsk and the Anatoly Shlemov sea-going minesweeper—and during the ceremony, President Putin reveled: “I would like to point out that four more such submarines will be built under the current state armament program…This will ensure Russia’s security for decades to come…Russian ballistic missile submarines, which are currently under development and construction, have many unique characteristics, while new submarines and surface vessels have modern navigation, communications and sonar systems, equipped with high-precision weapons and robotic systems…For example, the Generalissimus Suvorov submarine is armed with Bulava ballistic missiles, which significantly increase the capabilities of our nuclear naval forces”.

Along with Russia able to rapidly construct, launch and deploy various kinds of warships, this report notes, United Grain Company (OKZ), the state logistics operator of Russian agricultural products, announced it will create its own fleet of 19 dry cargo ships to supply grain to friendly countries in response to socialist Western colonial sanctions over the “Special De-Nazification Operation” to liberate Ukraine—as it regards the present conflict, Foreign Minister Sergey Lavrov factually observed today: “Kiev’s plan for settling the conflict with Moscow is a non-starter…Obviously, Kiev is not ready for dialogue…By putting forward all sorts of ideas and peace formulas, Zelensky cherishes the illusion that with the help of the West he will be able to achieve the withdrawal of our troops from the Russian territory of the Donbass, Crimea, Zaporozhye and Kherson Regions”—a factually observation that followed President Inge Paulini of the German Federal Office for Radiation Protection warning: “The Ukraine conflict could cause a wide range of catastrophes… Germans should prepare for nuclear emergencies”.

After Supreme Socialist Leader Joe Biden pulled Western colonial military forces out of Afghanistan in order to flood more weapons into Ukraine, this report continues, he abandoned tens-of-thousands of Afghan soldiers trained by NATO, specifically US Navy Seals and British Special Services commandoes—are highly trained Afghan soldiers that fled to Iran for protection, about whom, in the just published article “U.S.-Trained Afghan Soldiers Angry Over Their Plight Are Ready To Join Russia’s War Against Ukraine”, sees one of them stating: “Afghanistan, NATO, and the United States brought us in as young men and abandoned us…Russia started a program…They were recruiting certain units and taking them to the war in Ukraine…So, a number of our fellow soldiers signed up, and we are going to Russia soon”—and as to whom these NATO trained Afghan soldiers will be fighting against, yesterday it saw Director Margarita Simonian of the Russia Today media group revealing: “I talked to our war reporters today who just got back from there…They tell me: There are no longer any Ukrainians at the front…There are only Poles there, Polish regular soldiers…And my war correspondents know this…Margarita, we see it with our own eyes….What does this mean?…This means we are already in direct war with a NATO country…Direct…There are now fifteen thousand Polish regular soldiers there…So what if there are hundreds of thousands?…Are we not going to attack Poland?…If they push us from there?…The situation is evolving before our eyes…We are now at war with the Polish Regular Army and we already know it…What are we going to do about it?”.

In keeping track of all of the military forces fighting in Ukraine, this report notes, Foreign Minister Lavrov revealed today: “We’ve asked the Americans through the channels that our embassy still has, whether their decision to hand over a Patriot battery to Ukraine means that American specialists would come along with it, since it is complicated to use…Russian diplomats then received extensive explanations, in which the US officials assured them they had no such plans”—and in noticing what the socialist Biden Regime is doing, it caused world-renowned Brazilian geopolitical analyst Pepe Escobar, in his just released open letter “Let The Patriot Games Begin”, to assess: “A single Patriot battery will exercise less than zero impact on the Ukrainian battlefield…Firing a $4 million missile at a drone worth at best $50,000 does not even qualify as a joke…It’s fair to consider the Russian General Staff may be already plotting how to instantly go for the kill…The P.R. value, for Moscow, of turning the American P.R. op on its head would be invaluable… So what is this for?…Once again: Empire Escalating, mindlessly, with no end in sight”.

48-hours ago, this report details, the Western media reported: “Ukrainian President Volodymyr Zelensky said rolling blackouts were continuing across the country with 9 million people left without power on Monday evening, as engineers were working over the winter holidays to patch up the country’s battered energy grid…Nearly half of Ukraine’s energy system has been damaged after months of Russian strikes on power infrastructure, leaving people in the cold and dark for hours at a time as outdoor temperatures drop below zero degrees Celsius”—today the Western media reported: “Russia launched more than 120 missiles and drones against targets in Ukraine this morning…The Ukrainian air force said Russia was following an overnight assault by “kamikaze” drones with attacks from airborne and sea-based cruise missiles…It later said that Russian TU-95 strategic bombers had fired cruise missiles from Volgodonsk in the Rostov region, and the northern region of the Caspian Sea…Russian warships in the Black Sea had also fired Kalibr cruise missiles”—after which the Ministry of Defense (MoD) revealed that over the past day, Russian military forces obliterated four Ukrainian command posts, destroyed two US-made M777 howitzers, shot down two Ukrainian warplanes and two helicopters, exterminated hundreds of Ukrainian troops, and stated: “In all, the Russian Armed Forces have destroyed 354 Ukrainian warplanes, 194 helicopters, 2,741 unmanned aerial vehicles, 399 surface-to-air missile systems, 7,296 tanks and other combat armored vehicles, 953 multiple rocket launchers, 3,742 field artillery guns and mortars and 7,810 special military motor vehicles since the beginning of the special military operation in Ukraine”.

At the same time a deadly blizzard and record cold tempatures left over 60 people dead all across the United States, this report concludes, Socialist Leader Biden went on yet another vacation to the warm Virgin Islands—a deadly weather catastrophe made worse by Southwest Airlines having to cancel over 13,000 flights during the Christmas-New Year holiday season because its off-the-shelf piece of software program SkySolver broke down leaving pilots and crews not knowing where their planes were or which airports they needed to be at—instead of aiding its own American airline industry to update their off-the-shelf antiquated software, the $113 billion the socialist Biden Regime has given to Ukraine has eclipsed the annual military budget of every country in the world except the United States and China—after vowing to end the war in Yemen while running for office, last week it saw Socialist Leader Biden ordering Senator Bernie Sanders to remove a bill that would have ended the conflict—all of when viewed by famed American journalist and war correspondent Chris Hedges, caused him to release his open letter “The Democrats Are Now The War Party” this week, wherein he observes:

“The truth of the matter is that we’re in a heavily militarized society driven by greed, lust for profit, and wars are being created just to keep fueling that.

In 2014, the U.S. backed a coup in Ukraine that installed a government that included neo-Nazis and was antagonistic to Russia.  The coup triggered a civil war when the ethnic Russians in eastern Ukraine, the Donbass, sought to secede from the country, resulting in over 14,000 people dead and nearly 150,000 displaced, before Russia invaded in February.

The Russian invasion of Ukraine, according to Jacques Baud, a former NATO security advisor who also worked for Swiss intelligence, was instigated by the escalation of Ukraine’s war on the Donbass.

It also followed the Biden administration’s rejection of proposals sent by the Kremlin in late 2021, which might have averted Russia’s invasion the following year.

This invasion has led to widespread U.S. and E.U. sanctions on Russia, which have boomeranged onto Europe.  Inflation ravages Europe with the sharp curtailment of shipments of Russian oil and gas. Industry, especially in Germany, is crippled.   In most of Europe, it is a winter of shortages, spiraling prices and misery.

This whole thing is blowing up in the face of the West.

We forced Russia to pivot to Asia, as well as Brazil, India, China, South Africa and Saudi Arabia.  There’s a whole new world being formed.  The catalyst of it is the misjudgment that occurred about Ukraine and the effort to try to control Ukraine in 2014 that most people aren’t aware of.

By not opposing a Democratic Party whose primary business is war, liberals become the sterile, defeated dreamers in Fyodor Dostoevsky’s “Notes From The Underground”.

A former convict, Dostoevsky did not fear evil.  He feared a society that no longer had the moral fortitude to confront evil. 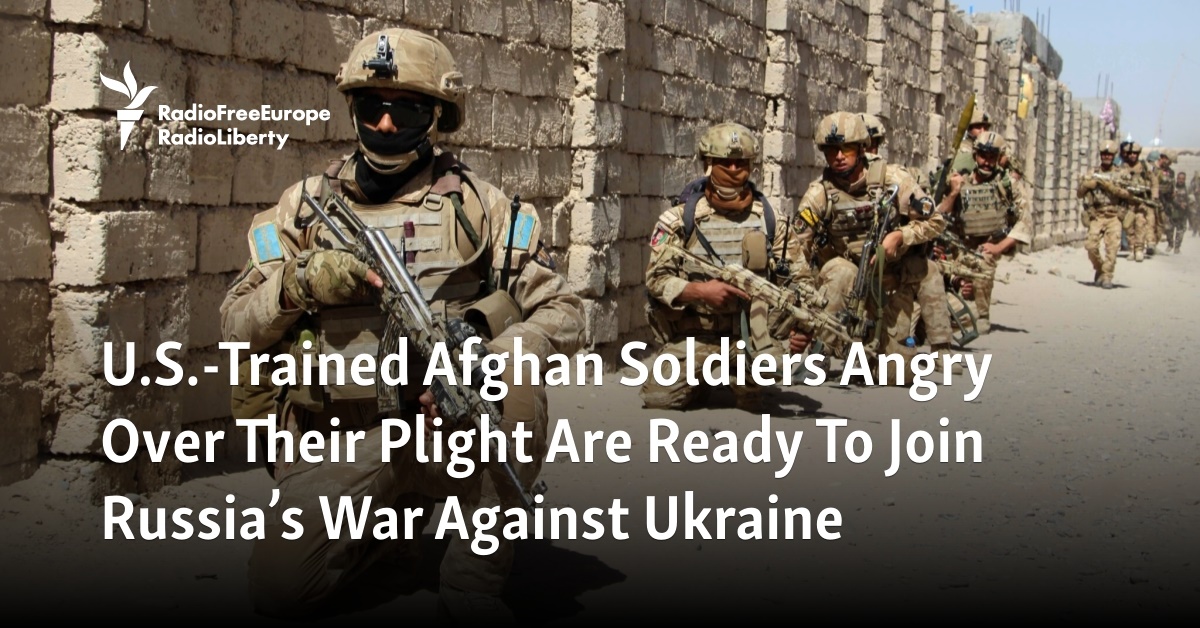 December 29, 2022 © EU and US all rights reserved. Permission to use this report in its entirety is granted under the condition it is linked to its original source at WhatDoesItMean.Com. Freebase content licensed under CC-BY and GFDL.